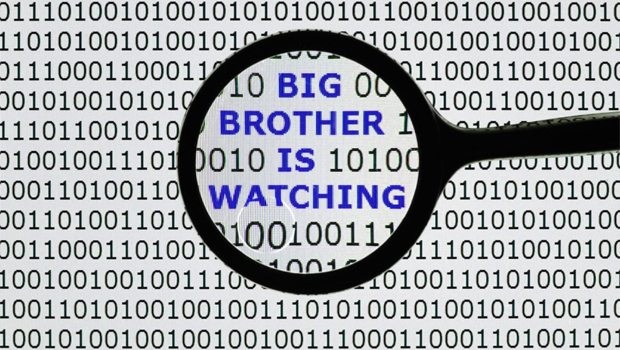 Briefly, Councillors Tony RANDERSON [Lab.] and Janet JEFFERSON [Ind.] had raised concerns regarding the interception (re-characterised as “redirection” by SBC Legal Officers) of emails from members of the public to elected Councillors.

I have transcribed Mr KITSON’s remarks for convenience of reference:

“Thank you, Mr Mayor. Yes. Erm. What I’ll do – what I propose to do – is to send you all a detailed response to the issue that’s been raised. But what I can say very briefly is that it is lawful to do what we are doing, under the Regulation of Inves… Investigatory Powers Act, and the various regulations made under that.

I will explain it, as I say, the…the…purpose behind all of this is for the protection of staff who have received abusive content and other inappropriate content from certain individuals.

What happens is, an email address, the person is warned about their behaviour, erm, and if it continues and there is a potential for their emails to be redirected .

What happens if they do continue that behaviour, and a decision is made to do so, in terms of under the policy – because we do have a policy about this – erm, they’re then told and IT are asked to put a re-direct in place so that any emails   from that particular email address goes to that holding mailbox, if you like.

I appreciate that you don’t like the practice but, you know, as a responsible employer we need to protect staff – and members, too – and it is lawful and I will explain that in further detail.”

David KITSON’s commitment to providing a written explanation “in further detail” has now, at last, been fulfilled – after a fashion  – and it answers very little.

But now I must report on a simple test of the veracity of Mr KITSON’s assertions, performed by NYE editor Tim THORNE at 17:41 on the day of the meeting – Monday 6th November 2017:

[Councillor Tony RANDERSON – like many other Councillors (Cabinet Portfolio Holders not excluded) has, entirely of his own volition, shared his private email address with me precisely so that I may contact him, privately and confidentially, without interference from Mr KITSON and his colleagues – or anyone else].

I telephoned Councillor RANDERSON shortly after I forwarded Tim THORNE’s email to him at his private email address, confirming that its arrival was virtually immediate.

And yet, at the time of writing (nearly two weeks after that email was sent), Councillor RANDERSON assures me that he has still not received Tim THORNE’s original email sent via the SBC address. It has irrefutably been intercepted – (who knows?) – perhaps even deleted.

And this despite Councillor RANDERSON’s email to Mr KITSON of 7th November 2017 (the day after the Council meeting) demanding that ALL of his emails reach him without interception and, specifically without being read by Council Officers – a clear invasion of privacy.

What legitimate reason could SBC Officers offer as valid cause to read Councillors’ private and confidential correspondence – which Mr KITSON insists they do not do – and what advantage would they stand to gain? Advance notice, perhaps, of matters for which reputational management strategies need to be deployed . . .

Incidentally, I should not forget to mention that Mr KITSON’s response to Councillor RANDERSON (and all other Councillors) arrived eleven days after the Council meeting, though SBC Protocol requires Officers to respond within three days.

Mr KITSON’s disregard of selected Protocols should be remembered when reading his response to all Councillors, in which he relies on the validity of one SBC Protocol to prop up an otherwise lame argument, whilst simultaneously acting in breach of another.  Though flawed, Mr KITSON’s explanation is not as lame as Councillor John NOCK’s response to Councillor RANDERSON, which (wisely) steers clear of the RIPA legislation entirely (it is in the process of being repealed), relying solely on a rather sketchy understanding of the role of Protocols.

Like most regulations at SBC, a great many Protocols seem to exist which go largely unread by Councillors. Officers then pick them ‘off the peg’ to suit a given set of circumstances. They are all works of fiction; many of them seem to contradict one another. They are not statute and they are not legally binding. They are simply documents produced by Officers, setting out Officers’ own preferred way of doing business, and Councillors accept them as gospel. The public is never consulted.

Reviewing Tim THORNE’s email to Councillor RANDERSON, only a moron or a paranoiac could maintain that it contains offensive, “vexatious” or inappropriate content such as might legitimise Mr KITSON’s determination to withhold it – in order, allegedly, to spare Councillor RANDERSON (or any member of staff reading his emails) any imaginary ‘distress’.

Nearer the mark is the notion that Officers do not relish Councillors being provided with the sort of information that dedicated citizen journalists uncover; they fear it.

All this makes us suspicious that Mr KITSON has withheld Tim THORNE’s perfectly lawful email to Councillor RANDERSON – not to spare his ‘sensitivities’, as he would have us believe, but specifically  TO PREVENT CLLR RANDERSON FROM RECEIVING RELEVANT FACTUAL INFORMATION first-hand from the very people who have fallen victim to Mr KITSON’s “Big Brother is watching you!” abuse of the RIPA regulations and his repeated breaches of the requirement to review and inform subjects of surveillance every six months – which, at least in my own case, has never taken place.

I wholly agree with Councillor RANDERSON’s view that Councillors – and indeed public-facing Officers – must accept that some members of the public can be less than measured when expressing their dissatisfactions; not everyone conducts themselves with the same courtesy and ‘old worlde charm’ that is second nature to me.

On the other side of the fence, not all Council employees are well-suited to interfacing with righteously irate ‘customers’, which is why the Council has a duty to its staff not to place weak or hypersensitive souls in situations for which they are temperamentally or intellectually ill-equipped. In my experience, staff can be very haughty and high-handed. This can provoke an adverse response. A little more compassion and transparency would spare both sides unnecessary unpleasantness.

Of course, the entire methodology of Mr KITSON’s undemocratic filter system is not only patronising and dictatorial, it is also utterly ineffectual. It is a matter of 2 or 3 minutes’ work to create a new Hotmail or Yahoo email account, which will then safely slide emails under the KITSON ‘Big Brother’ radar and deliver content to directly to Councillors at the SBC addresses (albeit, still remaining susceptible to being read post facto by voyeuristic Officers. Failing that, snail mail or telephone will also evade unlawful scrutiny – contact details on the SBC web-site.

While the system continues to operate, no Councillor can assure correspondents of the confidentiality that they have a right to expect.

In my opinion – and I will continue to express my opinion, whether Mr KITSON likes it or not – Mr KITSON, like other Officers at SBC, has lost all sight of the fact that Officers are paid in the service of elected members, not the other way around.

Having been with the Council since leaving school, Mr KITSON has no real-world experience and, perhaps for that reason, has acquired an inflated sense of his own authority and competency. But he is a bright enough lad, certainly able to distinguish right from wrong.

Worse, it typifies the mindset that made it possible for Peter JACONELLI to abuse children for decades in the safe knowledge that the unquestioning loyalty of Council Officers (and their colleagues in the Police) to ‘the Establishment’ would shield him from justice.

Had it not been for the open dialogue between Councillors and myself and colleagues at the Enquirer, that protective shield would have concealed JACONELLI’s guilt perhaps forever – just as the guilt of the Officers and Councillors involved in the Ben MARRIOTT fraud and corruption allegations has thus far been concealed (though that remains a ‘work in progress’).

So I shall continue liaising with my friends at SBC, and Mr KITSON would be better advised to become one of them. (Coffee and a sticky bun whenever you are ready, David).

Meanwhile, if the Officers wish to continue attempting to vilify and smear responsible citizen journalists, then they should consider whether or not they would prefer to see fully substantiated  News of the World  style exposés of top Scarborough figures conducting extra-marital affairs, substance-abuse and cross-dressing sex games.

That, emphatically, has never been my style. But I am willing to adapt – if provoked to do so. 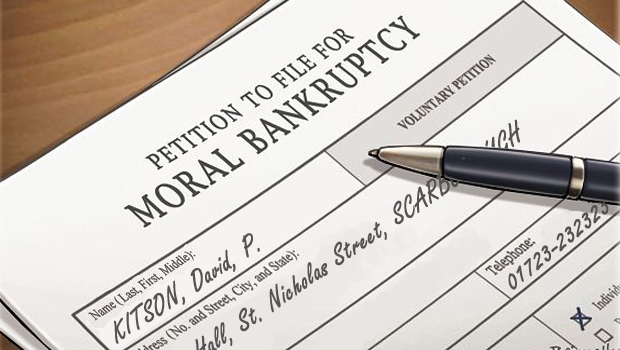