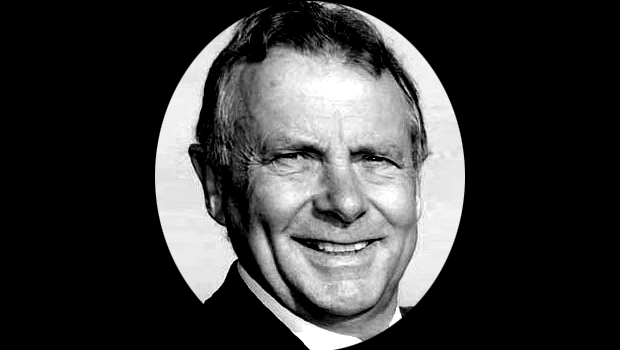 I read with great interest the press release by Mr Hugo Fearnley, the Labour Prospective Party Parliamentary Candidate for Scarborough & Whitby in the next General Election, concerning the “Whexit” controversy, which was published in the NYE.

In his press release, Mr Fearnley complains of a lack of responsiveness to local concerns and a lack of fairness by the Conservative-dominated Scarborough Borough Council (SBC).

Because of the voting preferences of the area, the Conservative Party has been routinely returned to control of Scarborough Borough Council (SBC). It is also supported by some independent Councillors and consequently does not have to court its electorate in order to retain control of the Council.

As a result, I believe that SBC Conservative Councillors have become autocratic, ignored local concerns, resented criticism and press oversight, and adopted an aggressive policy towards those that criticise them. An example of this is the way SBC tried to close down the Real Whitby Magazine in 2013, because it had criticised SBC Councillors, even though it was the only dedicated media outlet for Whitby at the time.

Another example is the SBC policy of intercepting Councillor’s emails and designating anyone that contributes to the NYE as “persons who are causing and have caused nuisance and distress”. (This presumably now includes Mr Fearnley).

Regular NYE readers will be aware that I have engaged in correspondence with SBC Leader Councillor Derek Bastiman (Conservative) to try and obtain a resolution of this situation. NYE coverage including my correspondence can be read here

I have received Councillor Bastiman’s reply to the above correspondence and it is below:

Thank you for your emails.

The email you received in relation to your FOI request is not an email that I have sent you. This email was sent to you by the Council’s FOI section.

There appears to be some confusion between what are two albeit interlinked but separate processes. One being the statutory framework under the Freedom of Information Act 2000, and the other being the operation of the Council’s Policy for dealing with ‘unreasonably persistent’ and ‘unreasonable’ complaint behaviour.

As stated previously, it is the Council’s position that the collective actions and behaviour of persons who contribute to the NYE website are causing and have caused nuisance and distress. You are an active member of the NYE, and as such are involved with those collective actions. There is no blanket policy that requests under the FOIA from persons involved with the NYE will be treated as vexatious. It is also worth pointing out that under the FOIA it is the request that can be designated as vexatious, not the person making that request. Any request from a person involved with the NYE is considered on its own merits whilst also taking into account relevant context and the Council’s position outlined above, following which a decision is made in relation to that request. I refer again to the Information Commissioner’s decision notice which provides clear independent support of the Council’s position: https://ico.org.uk/media/action-weve-taken/decision-notices/2015/1433042/fs_50550297.pdf

I hope that this clarifies matters for you.

I am satisfied that I have explained this position to you fully and will not be engaging in further correspondence about this matter.

It appears the Council is using an Information Commissioners Decision from October 2015 relating to one individual to justify ignoring FOI requests and correspondence from a group of people it has collectively defined as “vexatious”. Obviously to prevent anything appearing in the local media. In my opinion this extends the impact of the Information Commissioner’s Decision far beyond its intended remit.

Responding to Councillor Bastiman’s remarks above: On a point of fact, I am not a “member” of the NYE. The NYE has no membership. It is an internet news magazine and only has contributors, not “members”. I am a frequent contributor and cover the crime desk. I am a freelance journalist, a member of the NUJ and abide by its code of conduct. I do occasionally comment on Council issues. There can therefore be no basis for asserting that I cause nuisance or distress to Councillors or Council employers, although I do occasionally criticise SBC. No Councillor or Council employee has made a complaint about me as far as I am aware.

It concerns me that the entire saga of SBC’s relations with local internet news magazines, citizen journalists and those that have complained about SBC is contaminated with falsehood and an aggressive “zero tolerance” policy towards those that criticise SBC:

The FOI request that I submitted, which SBC refused to respond to because it alleged it was “vexatious”, concerned the Council’s use of the Regulation of Investigatory Powers Act:

4.1. The nature of the activity conducted (e.g. covert surveillance).

4.2. The reason for using the powers e.g. suspected Tax fraud and the duration of the surveillance.

How can it be “vexatious” to ask these questions of a public body in a democratic society?

SBC will not respond to a simple and courteous FOI request from a local journalist concerning a topical local issue that has been covered in other local media and the national press. It is clear that, contrary to Councillor Bastiman’s assurances, this request has not been “considered on its merits”.

The only credible reason for SBC’s refusal that I can think of is that SBC has used its powers under RIPA on contributors to the NYE and does not want to admit it.

In the 1993 case of Derbyshire County Council v Times Newspapers, the Law Lords ruled that it was vital that the public were free to criticise public bodies: “It is of the highest public importance that a democratically elected governmental body, or indeed any governmental body, should be open to uninhibited public criticism.”

The presence of a free and independent local press that is open and available to local people is important and an asset to the Borough. This will on occasion result in SBC being criticised in the local media. I can understand some Councillors and Council Officers resenting this and getting a bit hot under the collar about it. But that is part of life in a free and democratic society. Most Councillors are robust, mature individuals and understand that.

The impression gained is one of a local government organisation that is staffed with unelected, autocratic officers and which does not recognise any duty to be accountable or fair in its dealings with its electorate – essentially the same point that Mr Fearnley made in his press release above.

If the Council has any concerns about harassment, it can deal with them through the Council’s formal policy on harassment that exists specifically for this purpose. A policy of ignoring FOI requests from anyone that writes for the NYE because SBC deems them to be members of a “Pressure Group” which harasses Councillors and Council employees is unjustifiable. It is obviously a convenient pretext to:

The wider potential for misuse of RIPA by Councils

At the end of the day, the decisions on designating people as “vexatious”, using RIPA, initiating prosecutions for harassment and refusing to respond to FOI requests are approved by local politicians from the ruling party of a Council. They have a political interest in this.

This power is unregulated by an impartial person, is secretive and open to abuse for party political purposes.

Refusing to provide information that could result in media criticism, only serves the political interests of the ruling party – not those of the electorate.