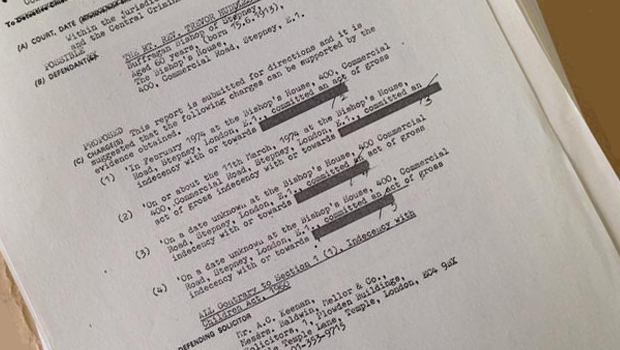 Methodology of a Cover-up

I am grateful to my social-media connections for propelling my recent article “MAYOR FOX: “Sorry . . . NOT Sorry!” (27th October 2015) to the top of my personal ‘most widely shared’ chart. Thanks very much, everyone – and please keep spreading the word.

In fact, comments posted by social-media users have proved, on many occasions in the past, to be extraordinarily helpful in the laborious process of ‘joining the dots’ between the known elements of our investigations. The power of social-media to stimulate my own memory has often been a very positive factor.

Which brings me to an almost-forgotten article in the Telegraph, dated 15th May 2015, reporting on recently released official files which revealed details of leading Conservative MP Victor MONTAGU’s close run-in with the law, in 1972, having been charged with two counts of indecently assaulting a boy under 16.

In 2014, MONTAGU’s son Robert published a book – “Humour of Love” – revealing how he was repeatedly raped by his father, along with details of the ordeal suffered by around twenty other boys. Yet Victor MONTAGU never faced trial. 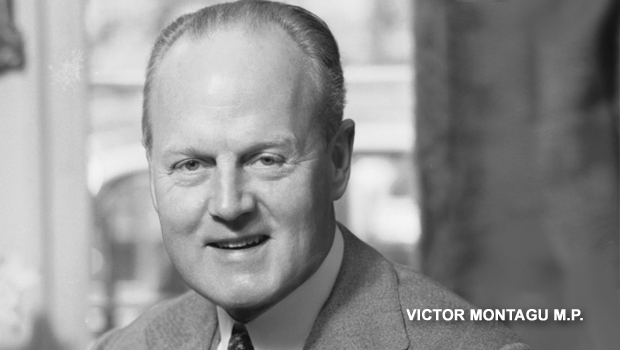 The files confirmed that Victor MONTAGU admitted “simply romping about with children either with clothes on or not”.

Astonishingly, these files – kept secret for forty years – included a letter from the Director of Public Prosecutions (DPP) which featured the following extraordinary sentence:

“The assaults, which are admitted, are not of themselves very serious, and if Mr Montagu is prepared to take the excellent advice given to him by Det Ch Insp [Jack] Newman and avoid any contact with the boy in the future I do not think that proceedings are called for.”

What caught my eye was the fact this was in 1972 – the very same year that Scarborough Councillor, Mayor and Alderman Peter JACONELLI escaped trial following a recommendation from the DPP that “no action” should be taken in respect of the indecent assault charges against him. 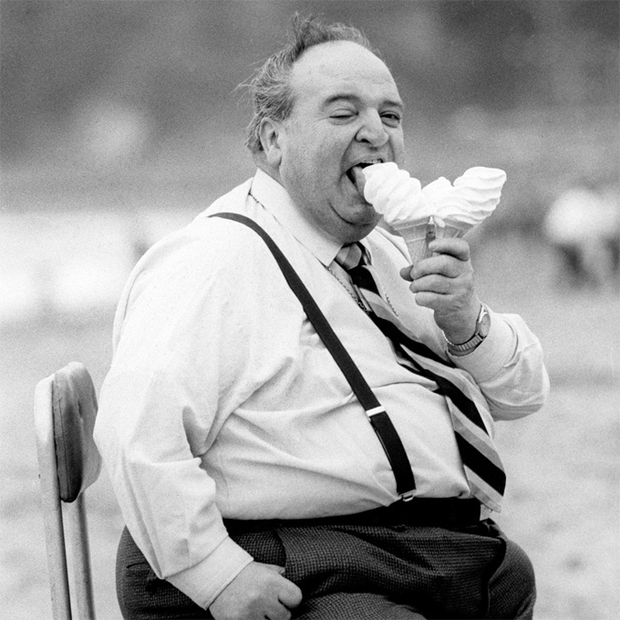 Incidentally, the Scarborough News coverage of Assistant Chief Constable Paul KENNEDY’s press statement (upon which this SN article was based) has attracted some very interesting comments from members of the public. One of them directed me to the Wikipedia entry for the Director of Public Prosecutions from 1964 to 1977 –  Sir Norman SKELHORN. According to Wikipedia, this man defended the use of torture in North Ireland during ‘the troubles’. In my book, you cannot stand much further to the right than that without moving to a bunker in Pyongyang – or a cell in Abu Ghraib. 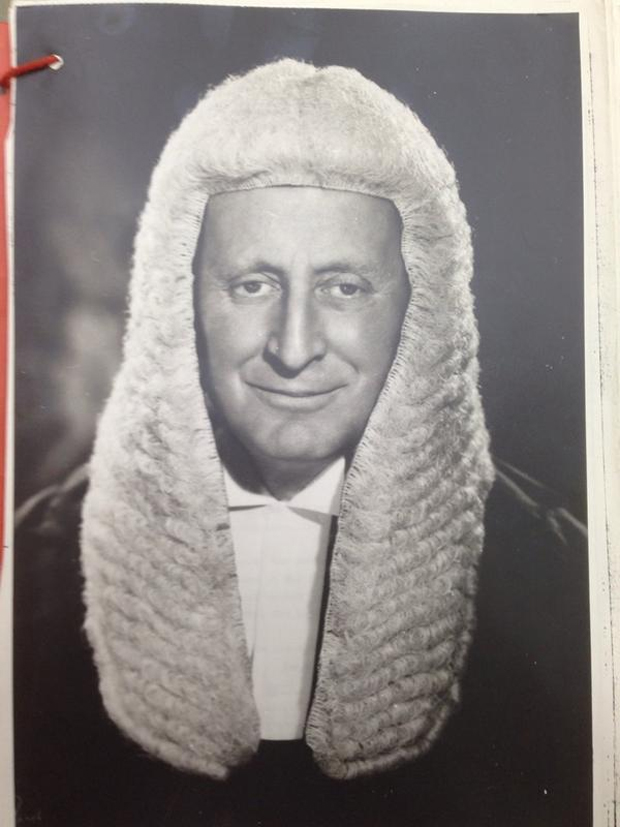 But it seems Sir Norman SKELHORN (above) was habitually and reliably soft on paedophiles.

It was Sir Norman SKELHORN who did not prosecute – “for the public good” – when four young lads from the East End reported sexual assaults by the Bishop of Stepney, Trevor HUDDLESTON, in 1974.

The Mirror reported the Bishop as stating:

“I sat them on my lap, touched their ­bottoms and pinched them but there is nothing indecent.”

“Mr Skelhorn wrote to the Chief Constable of Lancashire on 19 March 1970 about Sir Cyril, who died in September 2010.

In it, he stated: ‘I do not consider that if proceedings for indecent assault were to be taken against Smith, there would be a reasonable prospect of conviction.'”

“But despite all the allegations bearing striking similarities, no charges were ever brought after the Director of Public Prosecutions (DPP) at the time, Sir Norman Skelhorn, decided the victims could not be trusted as they were, he said, of suspect character.”

Of course, bullying, intimidating (by “threat or retaliation”) and slurring the character of victims/survivors of paedophilia (and those who expose cover-ups) is a well-practised art by now – witness the treatment handed out to one of only thirty-five victims/survivors of Peter JACONELLI whom the North Yorkshire Police have condescended to deem genuine, Guy WHITING, who has been arrested and beaten whilst in custody, then charged with bogus offences which ultimately had to be abandoned. 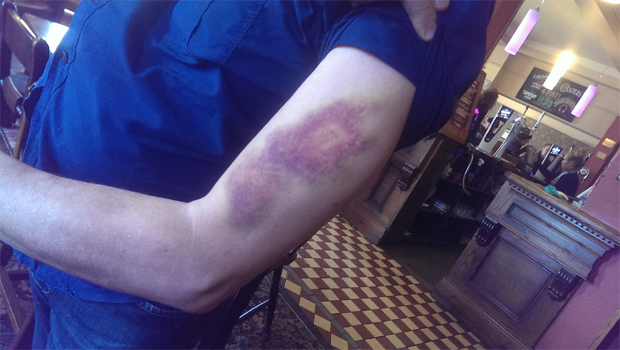 All in all, one could soon arrive at the view that, when the CPS released the JACONELLI “no action” statement last week (see my previous article):

“The Crown Prosecution Service was formed in 1986 under the direction of the Director of Public Prosecutions [Sir Norman SKELHORN], consisting of a merger of his old department with the existing police prosecution departments.

Prior to this, police forces were responsible for the bulk of prosecutions, with only the most difficult cases passed to the DPP.”

the word “difficult” could easily be taken to be synonymous with “politically sensitive” – itself a euphemism for “cover-up urgently required” (as applied, for example, to the high-profile suspects in a well-evidenced fraud case that the North Yorkshire Police failed to bring to prosecution not so long ago).

It is interesting, too, that his successor as DPP, Sir ‘Tony’ HEATHERINGTON, within weeks of assuming office, reversed SKELHORN’s decision not to prosecute Liberal MP Jeremy THORPE for the alleged attempted murder of his lover, Norman SCOTT.

I cannot recall Sir Norman SKELHORN bringing any prosecutions against “twelve or fourteen MPs”. Were they really “security risks”? Or is that merely a convenient catch-all phrase within which to conceal a “get-out-of-jail-free card” for establishment paedophiles?

Be that as it may, Sir Norman seems to have had a happy knack for steering high-profile sexual offenders safely away from the Courts.

So Scarborough Police certainly had every reason to believe that, by deeming Mayor Peter JACONELLI a “difficult case”, he could conveniently be referred to the DPP, Sir Norman SKELHORN. At the very least, the prospects were good of saving Peter JACONELLI from richly-deserved disgrace (if not prison), whilst at the same time covering their own positions by passing the buck to a higher rung on the ladder of authority.

As is invariably the case, the victims/survivors were left to deal with their horrific experiences as best they could.

That Sir Norman SKELHORN bears the responsibility for ensuring Victor MONTAGU, Cyril SMITH and Bishop of Stepney Trevor HUDDLESTON escaped trial has been noted before. I believe I am the first to add the name of Peter JACONELLI to that list.

SKELHORN, who ultimately relinquished his post after six MPs called for his resignation in the House of Commons, has one other claim to fame. It was he, also in 1972, who granted gangland “supergrass” Bertie SMALLS lifetime immunity from prosecution – an arrangement that the Law Lords described as “an unholy deal”.

I will be returning to the matter of Police informants’ immunity from prosecution in future articles. For the moment, I constrain myself to referring readers once more to the IPCC report (24/12/14) that featured in my recent piece – this time, Item 59.

One of our sources has spoken of having been directed to Peter JACONELLI as a likely contact whilst asking around in the Scarborough arcades for a suitable ‘fence’ to buy stolen jewellery – the spoils of a burglary he freely admits to having committed. He states that JACONELLI told him to come back in a few days; he (JACONELLI) would make some enquiries. But our source was arrested before he could return to JACONELLI – arrested and duly convicted, sentenced and imprisoned. He is now convinced that it was Peter JACONELLI who ‘snitched’ him to the Scarborough Police. Did Peter JACONELLI enjoy a symbiotic relationship with the Police?

This is all deeply disturbing because it adds yet another twist to the knotty problem of how to convince today’s authorities  that they MUST diligently investigate the decades-long cover-up of SAVILE and JACONELLI and the rest of the Scarborough paedophile-ring, without fear or favour (as we do), and use their powers of prosecution (as we cannot) to bring the cover-up artists to justice – whether it is “difficult” (read “politically sensitive”) or not. We know who to question. And we now know some of the stations where the buck stops en route to its destination.

In my view, certain members of the North Yorkshire Police and Scarborough Borough Council also know where the buck stops – and cannot for much longer avoid doing the right thing. And, again in my opinion, we will soon be hearing a long line of cover-up merchants pleading the Nuremberg Defence – “I was just following orders” – which is simply not acceptable; somebody issued those orders – perhaps Sir Norman SKELHORN – and all those who acted upon them are also culpable.

“The fact that a person acted pursuant to order of his Government or of a superior does not relieve him from responsibility under international law, provided a moral choice was in fact possible to him.”

No-one would deny that a moral choice was possible for all Scarborough officials – Police or Council – who were aware of allegations against Peter JACONELLI during his lifetime. For whatever reasons, they did not do the right thing. Therefore, they stand culpable and MUST be held to account.

In passing, I close with reliable ear-witness testimony of another disgraceful paedophile apologist at Scarborough Borough Council. I am informed by multiple sources that, at last Thursday 23rd October’s specially convened meeting to “bestow” Alderman status ( in some cases, a badge of shame), one of the new Tory Councillors was overheard, in the members’ room, to defend Peter JACONELLI with words very closely to this effect:

“He wasn’t like Savile. He was not a predatory paedophile. He was only handing out money to poor kids for giving him a wank.”

Apparently, it is the view of at least one serving Scarborough Borough Councillor that suborning young boys into homosexual prostitution is perfectly acceptable conduct for a Tory Councillor, Mayor and Alderman.

That incredibly crass remark surely breaches several of the articles of the SBC Councillors’ Code of Conduct; certainly it accords no respect to the victims and it irrefutably risks bringing the Councillor himself, his Council and his party into further disrepute. But one thing is certain; if a Standards Complaint is to be raised against this disgraceful, bottom-of-the-pile paedophile apologist, it will almost certainly not come from a Conservative Councillor. (They are all in it together, remember).

Inexcusable insensitivity on this scale goes way beyond the trivial sanctions available to the Standards Committee (fifteen minutes ‘re-training’ by the SBC Monitoring Officer, Lisa DIXON) and I would hope that the Councillor in question will evince the good grace and courage to issue a credible public apology during the course of his soon-to-be-forthcoming resignation statement. I will willingly submit it to the North Yorks Enquirer for publication.

Why are we waiting? 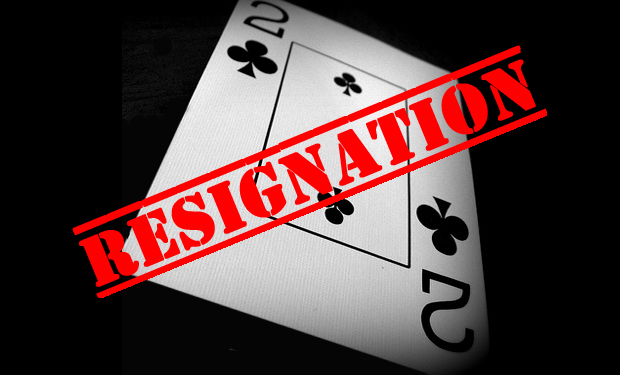