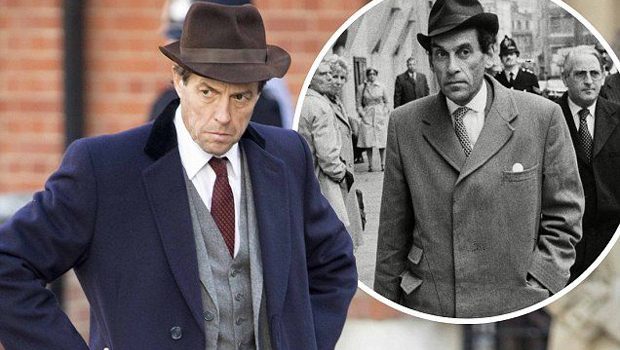 For those who are unfamiliar with the Jeremy Thorpe [1] Jeremy Thorpe affair, there is a good summary here [1] and an excellent documentary here [4]. But briefly, Jeremy Thorpe and three other men went on trial in 1979 for conspiracy to murder Mr Norman Scott, who was one of Mr Thorpe’s homosexual lovers. Thorpe was additionally charged with incitement to murder. All four men were acquitted of all charges.

There has been widespread dissatisfaction with the original investigation and allegations of a cover-up, both at the time and up to the present day.

To quote Peter Bessell, the former Liberal MP who was the main prosecution witness:

“Indisputably there was a deliberate cover-up, or a series of cover-ups, for almost eighteen years of Jeremy’s relationship with Scott. Certain ministers of the Crown, branches of the security Services and more than one police force knew about the cover-up and took no action to prevent it.”

Jeremy Thorpe died in 2014, his obituary from the Daily Telegraph is here.

The NYE first started investigating Thorpe and Cyril Smith in 2012 in connection with their connections to Jimmy Savile and the Scarborough paedophile ring. The NYE has continued this investigation because it is historically such an important case with major implications about the current day accountability of the Security Service MI5 and the police.

It has been separately alleged that Thorpe had one of his other lovers Henry Upton murdered. This was investigated by the NYE and we succeeded in getting the suspicious disappearance of Upton re-examined by Sussex Police. The Sussex Police investigation was commendably thorough, but inconclusive due to the passage of time. 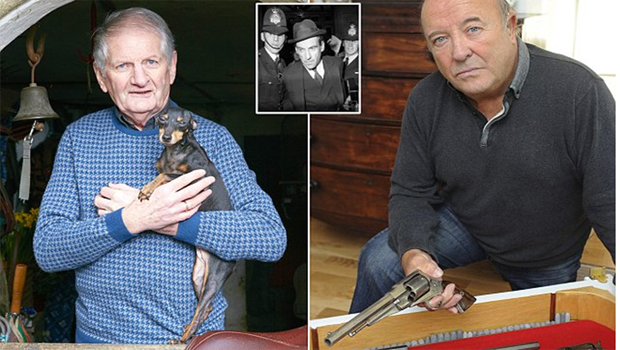 armourer Dennis Meighan today, with one of his guns.

Did MI5 and MI6 protect Thorpe?

Homosexuality was a crime until it was legalised for consenting adults over the age of twenty-one in England and Wales in 1967. It was decriminalised in Scotland in 1981. Homosexuals were regularly prosecuted well into the 1960s. The law at the time defined anyone under the age of twenty one as a minor. Because Mr Scott was under twenty one at the time they were intimate, Thorpe would have been charged with homosexual rape, as well as being a homosexual which would certainly have ruined his legal and political careers.

MI5 maintained files on all MPs and must have been aware that Thorpe was a homosexual: 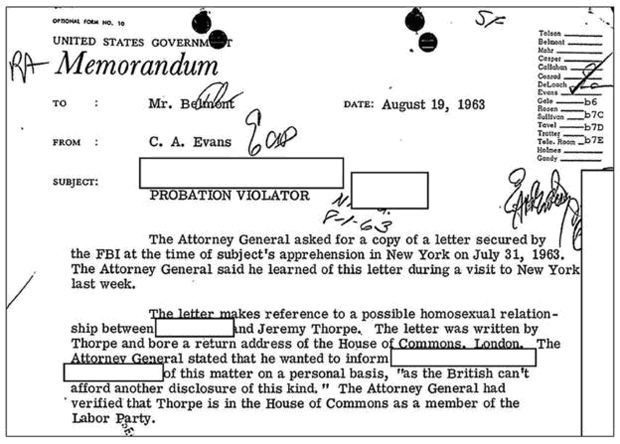 The FBI will also have notified its agent in the US Embassy in London (known as the “Legal Attaché”) [5] who liaised with MI5 and the police. Following the John Vassall, Guy Burgess and Donald Maclean [1] spy scandals, homosexuals were believed to be a security threat. There is therefore no doubt that the Legal Attaché would have notified MI5. The US Ambassador made it clear to the Foreign Secretary Sir Alec Douglas Home that Thorpe would be denied entry to the United States should he try to visit there again [8]. This must have caused enormous concern, because homosexuality was a criminal offence at the time, automatically made Thorpe a security risk and undermined US confidence in British security.

Despite the fact that Thorpe was a criminal and a security risk, and its duty was to expose him; no action was taken by MI5. This confirms beyond doubt he was protected by MI5 from at least 1962 onwards. This was a major security failure by MI5, which was concealing criminality by a leading MP and protecting a security risk.

There are a number of reasons why MI5 would protect Thorpe:

Did MI5 and some Police Forces pervert the course of Thorpe’s trial?

There is credible evidence that Thorpe’s trial for attempted murder was perverted, ensuring that Thorpe and the other three accused were acquitted:

The conclusion is inescapable that the original Avon and Somerset investigation supressed evidence, and/or acquiesced to evidence being supressed.

In response to these allegations, Avon and Somerset Constabulary (which conducted the original investigation) asked Gwent Police to conduct an investigation into the disclosures made by Mr Meighan [2] which was codenamed Operation Velum.

Gwent Police reported to Avon and Somerset Constabulary and Operation Velum was closed in May 2017.

Since the closure of Operation Velum, there have been a number of new developments in the Thorpe affair:

Media Suppression during Operation Velum, the latest cover-up into the Thorpe affair.

No public statement was made about Operation Velum by Gwent Police or by Avon and Somerset when it was closed. Further enquiries elicited this statement from Gwent Police in 2017:

We submitted an evidential file to the Crown Prosecution Service in relation to the matters you describe below. This was reviewed by a Senior Crown Prosecutor. The decision was made that there was insufficient evidence to proceed with this investigation.

Operation Velum is overseen by the Avon & Somerset Professional Standards Department. I wrote to Chief Constable Andy Marsh of Avon and Somerset Constabulary in November 2017 asking him to release a statement on the outcome of Operation Velum. My request was ignored, which was astonishing, given the high profile of the case. 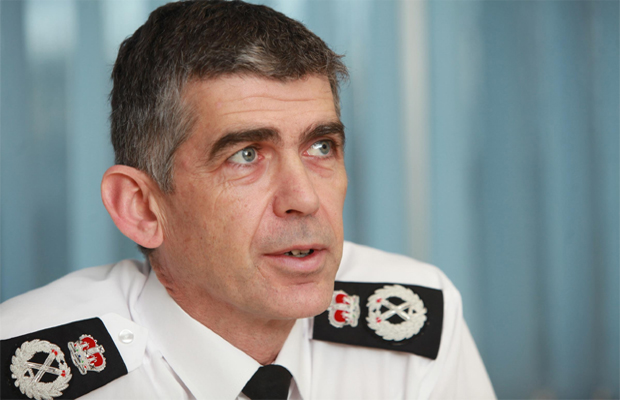 The NYE gave MI5 the opportunity to comment on Operation Velum. No response was received.

A Foreign and Commonwealth Office spokesperson responded “We can neither confirm nor deny” if Jeremy Thorpe had ever been an MI6 informant.

As a result of further correspondence with Avon and Somerset Constabulary in April 2018, it issued the following minimal statement to the NYE, but neither Avon and Somerset nor Gwent Police had made any public statement on its website or issued a general press release at the time:

The IPCC determined that these circumstances should be locally investigated by the force.

Owing to the specific allegations concerning former Avon and Somerset staff, Gwent Police was asked to conduct a review which resulted in two members of the public being referred to the Crown Prosecution Service (CPS).

The CPS concluded that as a result of this independent investigation, there was insufficient evidence to proceed with any criminal proceedings, including any for corruption by any serving or former Avon and Somerset officer.

Gwent Police has ensured all relevant parties have been updated on the outcome of their investigation.”

The statement does not address the major issues in the case or all the points in the terms of reference. Specifically:

I have concluded that Operation Velum was shrouded in official secrecy, and then quietly closed. 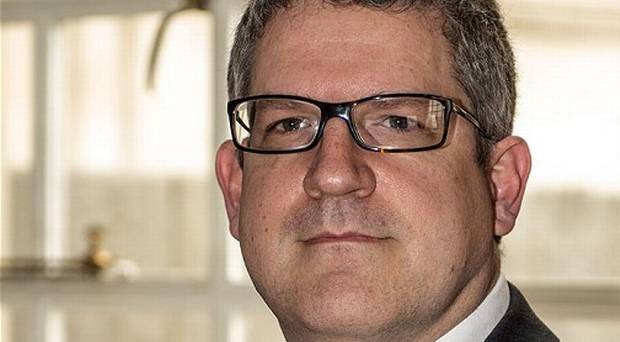 Not commenting on the role of MI5 in the Thorpe affair. Has he ordered a media clampdown?

Gwent Police did not interview the key witness in the Thorpe case -hitman Andrew Newton-because it had concluded he was dead. In fact, journalists were able to trace him and found him alive and well, living openly under the name of Hann Redwin.

One cannot help but ask how it is that experienced detectives with all the resources of the state at their disposal, were unable to trace him when journalists armed only with a computer were.

Avon & Somerset Constabulary which has operational control over Operation Velum has confirmed to the NYE that it did not re-open Operation Velum, or request that Newton/Redwin be interviewed.

Gwent Police then issued this statement to the NYE on the 4th of June 2018:

In 2014, the BBC broadcast claims made by Dennis Meighan of Police corruption in the original Jeremy Thorpe investigation.

As a result of this, Avon and Somerset Police asked Gwent Police to examine and investigate these claims on their behalf.

The investigation was codenamed Operation Velum.

Gwent Police interviewed Mr. Meighan under caution and completed other lines of enquiry before submitting its findings to the CPS.

The CPS concluded that there was insufficient evidence to support the claims made by Dennis Meighan and that no further action would be taken against Mr Meighan or any other person.

The investigation was closed.

In conducting its investigation, Gwent Police had reasonable grounds to conclude that Andrew Newton / Hann Redwin was deceased.

However, recent information obtained by the Force indicated that this may not be correct.

Having confirmed his status and whereabouts, officers from Gwent Police spoke to Mr Redwin who is unable to provide any additional evidence to that which has already been obtained in the original enquiry.

As Mr Redwin’s evidence has already been considered by the CPS prior to this matter being closed, Gwent Police is satisfied that there is no basis to re-refer the matter to the CPS and the investigation remains closed.

Gwent Police would like to clarify that at no point has it re-opened the original Jeremy Thorpe investigation. Operation Velum was specifically about claims made by Dennis Meighan of Police corruption relating to the Thorpe enquiry.

The two enquiries are linked but are separate investigations.

In conducting its investigation, Gwent’s priority was to review the matter with sensitivity to those involved and the families of those now deceased.

A similar statement was issued on the Gwent Police Website on the 5th of June.

However, Gwent Police would not respond to the NYE’s questions on:

The need for a comprehensive statement

The credibility of Operation Velum as an investigation into police corruption is now in tatters.

MI5 has authorisation to conduct acts which would be criminal [3] if committed by a citizen. It must be subordinate to the law and to police investigations, and accountable for past mistakes. As demonstrated by its recent statement to the Independent Investigation into Child Sexual Abuse.

The police must act openly “without fear or favour” to maintain public confidence in the integrity and impartiality of the police service; particularly in cases involving allegations of misconduct by senior politicians, policemen and MI5.

Large sums of tax payer’s money have been spent on Operation Velum. The public have a right to know what it discovered and if there was undue influence brought to bear on the original investigation, Operation Velum and the latest post closure investigation.

The trial of Jeremy Thorpe was one of the greatest trials since the Second World War. It arguably contributed to the disappearance of the Liberal Party and remains of enormous political and historical significance today.

All the recent investigations into allegations of historical crimes by politicians have been open and provided a full statement on closure. It is in the public interest that the full truth emerges. Chief Constable Marsh is preventing this by refusing to comment. That is an abuse of his position.