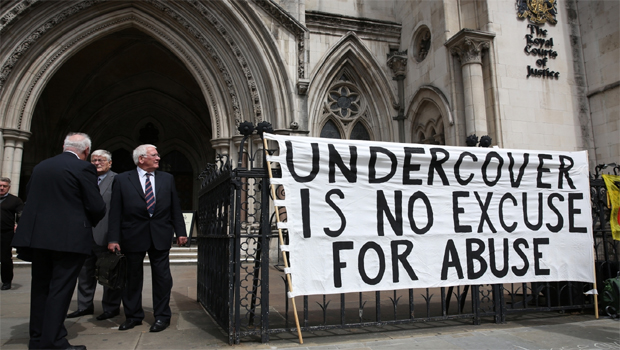 This article is the second in a series covering the influence of the military on armed, undercover and information warfare police operations. The first covered armed and undercover operations and can be viewed here: Part One:  http://nyenquirer.uk/undercover-infowar-operations-yorkshire-1/

The development of military Information Operations and Information Warfare may also have influenced the police. The loss of public support in the United States for its war in Vietnam was seen as a major factor in the United States defeat there. The military analysis of that conflict correctly identified the need to control the release of information to the media, to give a positive message and ensure continuing public support for military operations.

The military use a number of terms to cover media and information warfare/operations:

This has developed into military media operations. The British Army now has a Media Operations Group which is seen as critical to the successful outcome of any mission on the modern battlefield. Website entry here: http://www.army.mod.uk/mog/27769.aspx. It emphasises the importance of briefing journalists “on what is happening with the military campaign ….. and are briefed to contextualise events” (i.e. influencing the media by putting the military’s view of events to journalists, so it will be provided to the public by the media. Thereby influencing them positively). (My emphasis in bold).

Perhaps the most successful example of British military media operations to date was the manipulation of the media during the 1982 Falklands conflict[1].

Information and Media Operations are not passive concepts. They are proactive and aggressive and also involve intelligence gathering. They can include information suppression, media manipulation, media suppression, psychological operations aimed at disaffecting enemy morale (the  Home Office de-radicalisation [4] program is an example of demoralising potential terrorists to dissuade them from participating in terrorism) disinformation, legal action, detention, hacking, virus attacks and direct action. The airstrikes in Afghanistan that killed the IS Head of Media and destroyed an internet control centre, and a radio station, are examples of media suppression by direct action. BBC report here and report here). (My emphasis in bold).

Clearly, many of these techniques are specific to conflicts and the role of the armed forces in warfare, and are not relevant to police information operations or this article. Nevertheless the terms “adversary” and “opponent” are used above, (both very wide ranging terms), not enemy. Some of these techniques can be used in situations not involving armed conflict and against persons and organisations identified as “opponents”.

Most police services have press offices or corporate communications departments, for the entirely lawful purpose of keeping the public informed, managing press comment and appeals for information. North Yorkshire maintain two, which is a scandalous waste of money, but that is another story. The media have a legal duty not to report in a way that prevents an accused person from having a fair trial. There is clearly a delicate balance to be struck between the police’s duty to conduct investigations and the duty of the media to report on them. Occasionally the police have to reign in the media, or request a media blackout. Recently the Chief Constable of Wiltshire Police publicly criticised media intrusion. An unusual move, but one I personally believe was justified and lawful. An example is the case of the brutal abduction of Miss Stephanie Slater where the police requested and received a news blackout to give them the time they needed to rescue her.

Obviously, the police have to have the ability to conduct surveillance and intelligence operations, to be able to protect the public from extremists. However, the overwhelming duty of the press in a free society is to hold public bodies -including the police- to account. Examples of this include the many miscarriages of justice and examples of police misconduct exposed by journalists. In North Yorkshire, we have seen the way that the NYE team exposed the illegal allowances paid to Chief Constable Grahame Maxwell and the failure of North Yorkshire Police to arrest Peter Jaconelli or Jimmy Savile. Article here. This means that occasionally the police and the media are in an adversarial situation. When this happens, journalists, politicians and campaigners who are critical of the police can be perceived as being “opponents”. This can result in them becoming subject to police information operations. Under these circumstances, if police powers are extended beyond the remit intended by parliament, that makes them oppressive, damages civil liberties and brings the police service into disrepute.

A few examples of abuse of police undercover and information operations are shown below, in no particular order. (Type of operation referenced to the definitions above in brackets and bold).

Foreign hackers and the Indian police service [1] were used to hack into the  accounts of journalists and press photographers [1]  and harmless campaigners [1]. (Cyberwarfare to gather intelligence and supress lawful but critical media comment).

The police would still not accept that Mr Stagg was innocent and continued to brief journalists that Colin Stagg had committed the murder. The press in turn criticised him in press articles, thereby increasing the pressure on him. (Disinformation to manipulate the media into exerting psychological pressure and “contextualise” events to give a favourable view of police actions, to influence public opinion). Despite this bungled police operation that focussed obsessively on one innocent man, to the exclusion of other suspects, the real murderer was subsequently convicted on the basis of DNA evidence. You Tube documentary here. 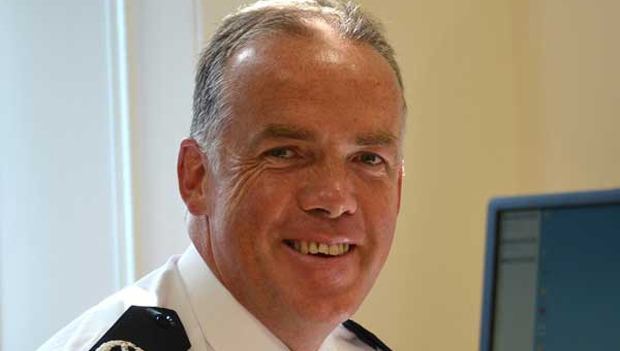 The NYE team then raised the issue on the BBC and forced North Yorkshire Police to conduct an investigation which revealed multiple serious offences and the existence of a major paedophile ring. Eventually, when it was no longer deniable that North Yorkshire Police had failed catastrophically and inexcusably to properly investigate the Jaconelli Savile paedophile ring, Assistant Chief Constable (ACC) Paul Kennedy was wheeled out to make an apology. This was a classic information operation, skilfully conducted by ACC Kennedy. He admitted that had been a failure, but with the caveat that these failures were 30 years ago [4] (although it has been alleged that North Yorkshire Police were investigating Jaconelli as late as 2009). The press release by Assistant Chief Constable Paul Kennedy following the acquittal of Detective Sergeant A of misconduct, for failure to record information about Peter Jaconelli, which made no apology for past failings, lauded the fact that he had been acquitted and only acknowledged some lessons to be learned – a form of words calculated to distract attention from the worst policing failure in the history of the force. (Diversion of media comment to prevent/reduce lawful and accurate criticism of North Yorkshire Police). Overall it was a most skilful and impressive performance by ACC Kennedy and the NYP Corporate Communications Team, designed to make an admission of failure, but at the same time disparage the gravity and contemporary relevance of the failure. The reality is shown in the photoon below.

Remember the police forces are public bodies that are supposed to be overseen by elected officials, are answerable to the public, have a duty to submit to press scrutiny and conduct themselves both openly, and ethically.

Historically the police have developed close relations with all types of media outlets to obtain information. Crimewatch UK and the police appeals for information that the NYE run are examples of this.

It remains the responsibility of individual forces to ensure that their interactions and relationships with all media representatives are professional, transparent and capable of withstanding scrutiny.

2.1. Legitimacy is an essential aspect of the British policing model, based on consent. The press and other forms of media play an important part in assuring police legitimacy and protecting the public interest.

2.2 Police interaction with the media should be guided by a legitimate policing purpose, which is one related to the core values and standards of policing, set out in the Statement of Mission and Values.

2.3 The relationship between police and media should be undertaken in a manner which lives up to the highest standards of impartiality and integrity.

2.4 The police service has a duty to safeguard the confidentiality and integrity of information, which must be balanced against the duty to be open and transparent wherever possible.

This guidance should be considered by forces alongside their own media and communications policies.  It has been produced to ensure greater consistency between forces and in response to the Leveson Inquiry findings.

Despite two large and well-staffed and very well-paid, Corporate Communications Teams, neither NYP nor the OPCC comply with these guidelines. They appear not to have a force communications policy, or to have adopted the ACPO or College of Policing policies on media relations.

I believe this is convenient for North Yorkshire Police and is not just an oversight. It means they are not constrained by adherence to force standards and can conduct information operations unhindered by any prohibition in force policy. The classic example was when NYP Corporate Communications Team issued a statement that Jimmy Savile had no connections to North Yorkshire – when in fact he lived in Scarborough, had appeared at an event at Selby with the Chief Constable, had been ferried around in a police car and Scarborough CID had routinely received numerous complaints about him.

The failure of NYP to adopt these standards – or to adopt a force communications policy – does not give me much hope that anything will change. I suspect that the force will continue to use these techniques to serve its own interests, rather than those of justice and the public it is supposed to serve.

Coming next: Undercover and Information Warfare Operations in Yorkshire (3)