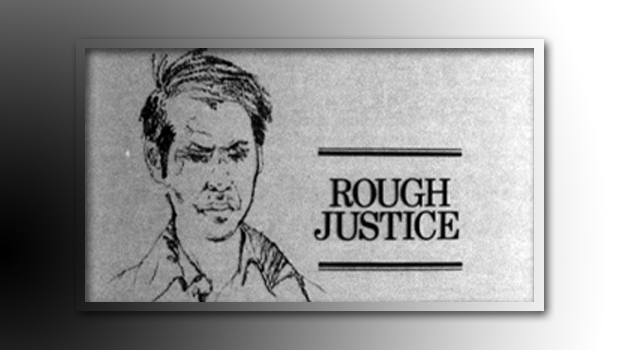 Mervyn Russell became the first person to be acquitted of a murder he did not commit as a result of media attention in 1983. Clearly a wonderful outcome for him and for justice, but a huge embarrassment for the Police and the criminal justice system.

This did not go unnoticed. Nor did it go without response. The Police, Home Office, Lord Lane and Lord Denning all severely criticised the programme and the journalists that made it, effectively finishing their careers and nearly finishing the programme. Please see the comments of the Master of the Rolls, Lord Denning, at 12:31 in this documentary on Rough Justice in which he advocates that the infallibility of Judges and the Criminal Justice System are more important than the rights of individuals that were the victims of a miscarriage of justice. He then goes on to criticise journalists for searching for fresh evidence to overturn miscarriages of justice.

These are truly disgraceful remarks for a judge in a civilised country to utter.

Rough Justice fundamentally re-shaped attitudes to investigative-journalism and opened up the Police and the justice system to scrutiny by journalists for the first time. It transformed the Criminal Justice System, journalism, the lives of innocent people and led to the establishment of the Criminal Cases Review Commission.

This followed successful media investigations into Police corruption in the 1970’s, by journalists in London and Lancashire.

Following a media investigation in 1972, the Times and the People provided dossiers to the Metropolitan Police Commissioner Sir Robert Mark on corrupt policemen in the CID.  Mark initiated Operation Countryman, which led to the cleansing of the Metropolitan Police of corrupt CID Officers.  Commander Virgo, Detective Chief Superintendent Moody and Commander Drury of the Flying Squad (the most senior operational detective in Britain) were jailed, about 500 CID Officers were convicted, dismissed, put on sick leave or returned to Uniform Branch.

Corrupt Police Officers were also implicated in the murder of a security guard during an armed robbery.

In 1976, an investigation into Chief Constable Stanley Parr of Lancashire Constabulary laid multiple charges against the notoriously corrupt Parr, including misuse of Police manpower and showing favour to cronies by having criminal charges blocked or reduced.  This would have remained unknown and covered up, but the Lancashire Evening Post published the allegations. Parr was dismissed. 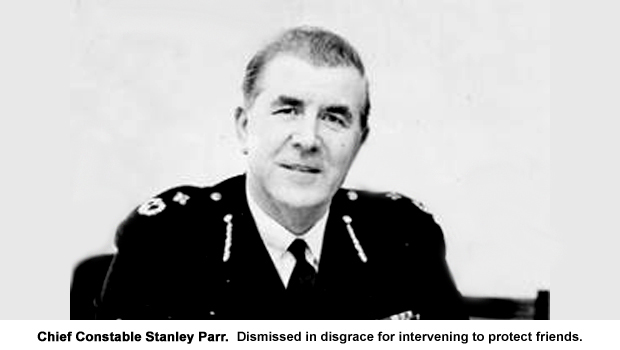 Needless to say, journalists were criticised for their actions, even though they were obviously in the public interest.

The next leap forward in the media exposing malpractice was the 1982 BBC series “Police”, a fly-on-the-wall documentary in which journalists were given unprecedented access to Officers from Thames Valley Police based at Reading Police Station. It was a landmark series, but it was Episode 3 “A Complaint of Rape” that would have the most impact.

This covered the investigation of an allegation by a woman who alleged that she had been raped by three men. It caused national outrage, because of the harsh, unsympathetic way the victim was treated by three arrogant and dismissive male Police Officers. I watched that episode in 1982 and was shocked. It led, we are told, to a national change in the way that crimes of rape were investigated.

However, according to an Independent on Sunday investigation “police procedures mean victims of assault do not get justice – and their attackers go free”. Certainly, the evidence of victims of Peter Jaconelli and Jimmy Savile bears this out. It is quite clear from the revelations about Peter Jaconelli, that North Yorkshire Police were perpetuating the same disgraceful attitudes to victims of sexual offences demonstrated by Thames Valley Police, long after they were supposed to have been eradicated.

Hopefully the media scrutiny we are bringing to this aspect of policing in North Yorkshire will lead to an improvement.

On the night of the 21st of November 1974, an IRA Cell bombed two pubs in Birmingham and killed twenty-one people.  One hundred-and-sixty-two were injured.  In what was one of the greatest miscarriages of justice in British history, six innocent men were jailed for life for committing the murders. 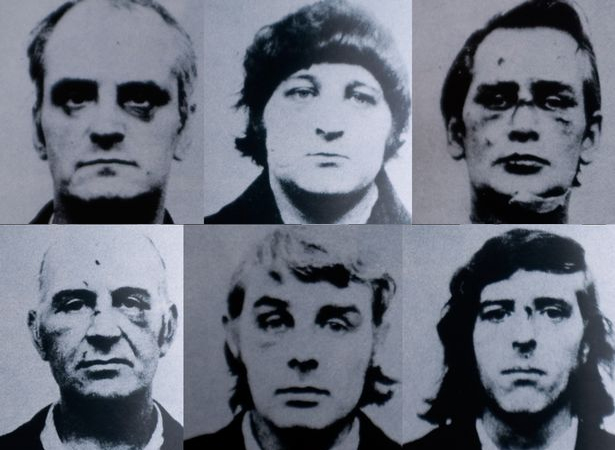 The Police had beaten confessions out of them, but would not recognise any failings in the investigation. Nor would they go after the terrorists that really committed the murders.

Granada TV World in Action ran a programme Who Bombed Birmingham? which proved their innocence and eventually led to their release.  It also identified the real bombers, who were never brought to justice.  Predictably, neither were the Police that framed six innocent men and allowed a gang of terrorists to go on to commit more bombings.

For many years, Councillor Peter Jaconelli openly ran a paedophile-ring in Scarborough and Whitby, which included Jimmy Savile and others.  He was alleged to have been involved in:

Savile and Jaconelli were reported to the Police many times, but no action was taken. Everyone in Scarborough knew about them, but the Police would never do anything.

Following repeated denials and the infamous Report by Assistant Chief Constable Sue Cross, which pooh-poohed the allegations that the NYE team and local people were making, and didn’t bother interviewing any of the witnesses, the BBC ran a documentary on our investigation, here, which upheld our allegations. The next day, North Yorkshire Police opened Operation Hibiscus, an investigation into Peter Jaconelli’s offending. When it reported, it verified all of our allegations. North Yorkshire Police was forced to apologise and referred itself to the IPCC.  Police apology here. Our earnest hope is that our work will bring some closure for them and some satisfaction that the truth will come out.

Initially, the Police response to these revelations was that they had not known and had not recorded these offences. But then it transpired that Jaconelli had been arrested by Scarborough Police in 1972. In short, they had known all about him.

The IPCC have investigated how it was that North Yorkshire Police had not recorded any intelligence at all on Jimmy Savile and Peter Jaconelli, although they were offending openly and identified one Detective Sergeant (DS) code named DS A as having failed to record intelligence. Needless to say, he was not disciplined for his negligence.

The full IPCC report is below:

As you can see it has been extensively redacted and censored. You may find it strange that I use both the words “redacted” and “censored”.  There is a reason for this.

The IPCC Policy is to redact reports, to protect individuals. This is right and proper. Certainly in the case of Prisoner A, identifying which prison he is in could lead to him being identified by the other inmates, putting his life in danger. However, other redactions are not there for the lawful purpose of protecting individuals from reprisals, they are obviously there to withhold information that should be released.

In short, the report has been censored.

Paragraph 61 has been censored to withhold information on what Peter Jaconelli was having moved around Yorkshire and Humberside in a van with a loaded gun inside it.

There have been many occasions in the past when journalists, acting in the public interest, have properly criticised injustices and misconduct. They have consequently come into conflict with the Police and the judiciary. This is to some extent inevitable, given the vital role of a free press in a democratic society of holding public bodies to account – particularly the Police, which is a very powerful and authoritative service.

I am aware of a number of specialist websites dedicated to scrutiny of individual Police forces and exposure of Police misconduct. To some extent, this is a response to the failure of the IPCC, Chief Constables and Police Professional Standards Departments to address issues of Police misconduct. Lord Artigarvan and Lord Maginnis raised concerns on this in the House of Lords. It is also a response to Chief Police Officers like Stanley Parr, who undermine public confidence in the Police by failing to uphold the standards of conduct expected of them by the public – witness Sir Norman Bettison, Sean Price, Adam Briggs and of course Grahame Maxwell, to name just a few. The NYE is not one of these specialist websites. 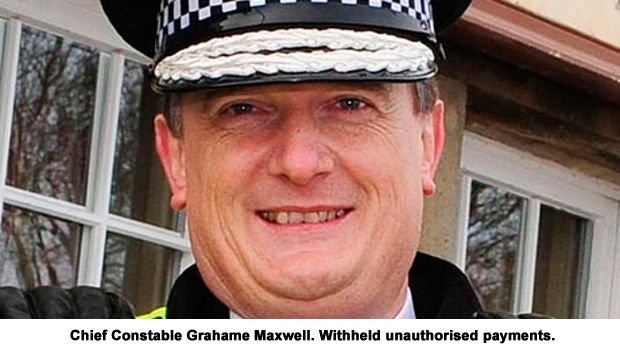 The North Yorks Enquirer is an internet news magazine using local citizen-journalists to cover the full range of local news and has carved out a reputation in this field – largely from our extensive coverage of Jimmy Savile and the Peter Jaconelli paedophile-ring in Scarborough, because it is a major national crime story on our patch. We believe that we have acted properly and in the public interest in doing this. Recently, Assistant Chief Constable Paul Kennedy of North Yorkshire Police commended the NYE for its investigative work (without mentioning us by name) and the assistance we have provided to his force. Full statement here.

It has been widely alleged in the press and TV that the explanation for the failure to arrest Jaconelli and Savile was corruption in North Yorkshire Police. The NYE has been vocal in raising concerns on this. As with other journalists who have tackled this controversial issue in the past, it has of course resulted in public criticism – witness Councillor Tom Fox (formerly Chief Superintendent Fox who was responsible for policing in Scarborough) advocating “threat or retaliation” against the North Yorks Enquirer during a webcast of Council proceedings.

Following on from the ground-breaking television and newspaper journalists that investigated the Police in the past, one of the major issues facing police media policy in the 21st Century is how it handles relations with citizen-journalists.  To quote Chief Constable Andy Trotter, Chair of the ACPO Communications Advisory Group, writing in the ACPO Guidance on this matter: