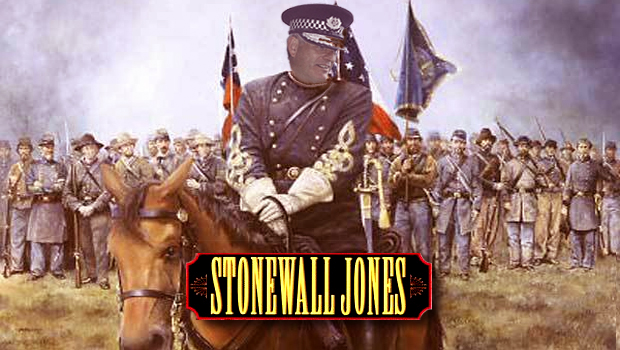 Stonewall Jones:  A Study in Failure of Leadership

An article in the Independent recently caught my eye.  It concerned Police officers implicated in corruption.

“ The inquiry, which will allow MPs to hear from witnesses under the protection of parliamentary privilege, follows a series of scandals including the inquiries relating to Stephen Lawrence, Daniel Morgan, phone-hacking and Plebgate.

It comes as The Independent can reveal for the first time the Government’s official estimate of how many members of police staff were suspected of being compromised by dealings with criminals.

An analysis of intelligence by Home Office researchers found between 0.5 and 1 per cent of the 200,000 police officers and civilian employees in England and Wales in 2003 were “potentially corrupt”, and involved in leaking information to criminals, stealing property during raids, fabricating evidence, helping villains to escape prosecution and “using their power to obtain money or sexual favours from the public”.

One investigator is quoted as saying: “A good villain can’t operate without having a bent officer…it’s impossible.”

The report said the suspected criminality was not limited to junior officers and found “examples of higher-ranking officers implicated in corruption or other unethical behaviour.”

It also found “a systemic problem with officers sharing a “solidarity …that stands in the way of colleagues reporting on one another where corruption is evident.

In one force, 15 per cent of all corrupt activity related to the disclosure of information to criminals, and 11 per cent to the “inappropriate association with criminals”.

Currently, six out of the forty-three Chief Constables in England and Wales are under investigation for misconduct.  They are:

In addition, two Chief Constables have recently been sacked for misconduct.  These are:

So what is the situation like in North Yorkshire Police?

This has not resulted in any action by the Chief Constable to arrest Madgwick or Pearson, other than a letter confirming there is no arrest warrant issued in the United States for the Kenyon-Millers, but ignoring the criminal offences they have committed under UK legislation.  Report here.  In the letter, Chief Constable Jones refers to Councillor Kenyon Miller as “Jane”, even though his letter relates to a criminal investigation being undertaken into Councillor Kenyon-Miller by his Force.  An example perhaps of “inappropriate association with criminals”.

It is certainly an example of criminals being protected from prosecution and of “higher-ranking officers implicated in corruption or other unethical behaviour”.

This type of corruption where the Police simply refuse to respond to evidence or initiate a rigorous investigation is called stonewalling.  Hence the title of the article.  Chief Constable Jones and his team are masters of it, which is just as well, because North Yorkshire Police has a lot to stonewall about:

North Yorkshire Police was responsible for the six most important failures to arrest Savile. These were:

This consistent failure led to misery for thousands of children over many years, as Jaconelli and Savile committed rape, abused children and enticed them into prostitution, with the full knowledge of Scarborough Police.

The North Yorks Enquirer has found that, as with the Rochdale and Rotherham sexual abuse of children scandals, where the police and Council failed to act and  threatened those investigating the abuse, when faced with the exposure of misconduct which could be embarrassing, North Yorkshire Police and Scarborough Council reacted in exactly the same way.

Organised crime such as the Jaconelli ring can only exist with the acquiescence of corrupt Police Officers.  Part of being a Chief Police Officer is accepting that sometimes a colleague lets the side down and that as a Chief Police Officer your duty is to take action against them  On two occasions in my career as a Chartered Accountant I have had to investigate colleagues for fraud.  Investigating a colleague is a horrible situation, but it has to be faced up to.

The old policy of concealing misconduct by stonewalling complaints to protect the reputation of the Force is unacceptable in modern policing. 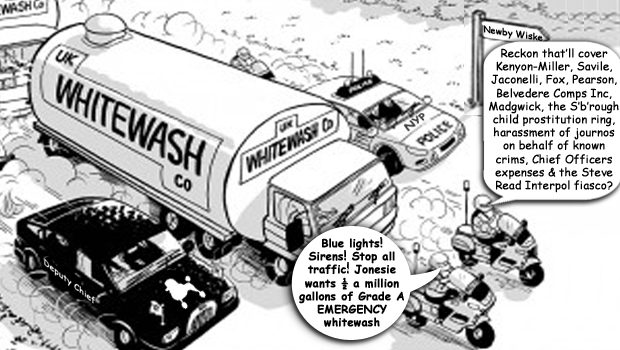