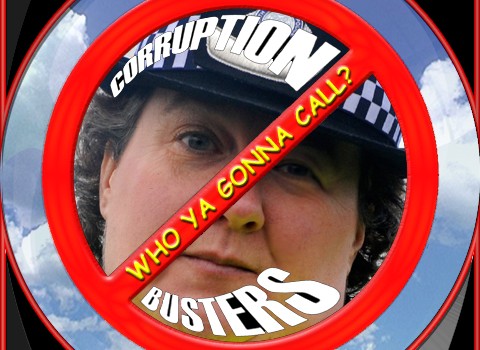 Operation Yewtree, the Cross Report and the need for one single Savile investigation.

Recently, victims of Jimmy Savile have been asking for there to be one single investigation into Jimmy Savile, headed by a High Court Judge

According to Solicitor Alan Collins, speaking to the BBC:

“It should be one inquiry, chaired by a high court judge. I fear if this does not happen, an opportunity will have been lost, not only for the victims but for the country as a whole. “The risk (of not having one inquiry) is justice may be incomplete.”

My best estimate is that there are approximately forty separate largely uncoordinated investigations into Savile and his associates as follows:

The Scarborough and Whitby aspect

The investigation by North Yorkshire Police, the IPCC, HMIC and the NHS investigations into Whitby Memorial Hospital and Rampton High Secure Psychiatric Hospital all concern the Scarborough and Whitby areas.  Real Whitby has been asked to give evidence to the NHS enquiry and to the HMIC investigation.

In summary, the concerns over the Savile Case in Scarborough and Whitby relevant to these enquiries raised in the national and local press, and by Real Whitby are:

1.     That Savile imported patients from Rampton Secure Psychiatric Hospital to Scarborough to meet with Peter Jaconelli at his ice-cream parlours and they may have been abused by them there.

3.     That Savile operated in Scarborough and Whitby in a paedophile Ring with Peter Jaconelli, who was well known locally to be a paedophile, but was left alone by the police because of his influence as a senior Conservative politician, Mayor and influential local businessman.  Consequently, North Yorkshire Police failed to arrest Jaconelli, (Britain’s most successful paedophile who operated untroubled by the police for all of his adult life) which would surely have led them to Savile, (Britain’s most prolific paedophile and rapist).

The North Yorkshire Police report to the IPCC

Some observations on the Cross Report

I would make the following comments on the report:

The initial response by North Yorkshire Police and the HMIC investigation

The failure to arrest Peter Jaconelli, which could have led North Yorkshire Police directly to Jimmy Savile.

On the basis of this blatantly superficial and inadequate investigation by ACC Cross Mr Moir Stewart, the IPCC Director of Investigations has now exonerated North Yorkshire Police of any blame for its failure to detect Savile (Operation Yewtree Tier 1), Jaconelli or Corrigan (Operation Yewtree Tier 2):  “I am now able to let you know we have completed that review of all the evidence and material relating to the late Jimmy Savile and have decided to take no further action with regard to your force.”

‘We have now advised other police forces, from which we received Savile-related information, that we do not intend to take further steps in regard to any of their officers at this time. These forces are: Thames Valley, Greater Manchester, Cheshire, North Yorkshire and Lancashire. After careful assessment of all the information so far available we have determined there is insufficient evidence of any recordable conduct matters specific to individual police officers which would merit a referral to the IPCC. The forces have provided rationale to the IPCC, as requested, for their decision-making in not recording or referring any conduct matters. We have received your further correspondence and are presently considering it.’

I also wrote to Chief Constable Jones asking that he order the investigation be reopened for the same reasons and I have received no response.

In summary therefore, the position of North Yorkshire Police appears to be that it knew and knows nothing about Jaconelli, although every schoolboy and parent in Scarborough knew about Savile’s associate Peter Jaconelli and many witnesses have come forward to confirm that the allegations about him were accurate and widely known.   Further, it appears that North Yorkshire Police provided a police vehicle and driver to transport Savile (who was at that time known to be under investigation for multiple paedophile offences by two forces) to a social event for young children and its Force Intelligence Bureau apparently lost police intelligence on Savile on at least three occasions at a critical time in the investigation.

The two critical failures of the British Police Service to arrest Savile both occurred in North Yorkshire.  They are:

1.  The failure of North Yorkshire Police to arrest Jaconelli, (Britain’s most successful paedophile who operated untroubled by the police for all of his adult life) which would surely have led them to Savile, (Britain’s most prolific paedophile and rapist).

The need for one impartial investigation

Savile lived in Leeds and regularly entertained police officers while they were in uniform and on duty, using police vehicles at his flat as part of his “Friday Morning Club”.  The West Yorkshire Police investigation named Operation Newgreen largely exonerated itself from any criticism and has been severely criticised as a whitewash.  Subsequently a retired Leeds policeman has claimed that “there wasn’t a copper in the city who didn’t know Savile was a pervert”.  Full story here.

Returning to the need for one investigation led impartially by a High Court Judge this article started with.  Justice must not only be done, it must be seen to be done and this means in practice that serving and retired police officers should not investigate the police. The spectre of police officers from successive police forces individually exonerating their force from any responsibility for the catastrophic national failure of the British Police Service to detect Jimmy Savile and Peter Jaconelli undermines this principal, the credibility of Operation Yewtree and of the British Police Service.

There must be full and open disclosure of what went wrong – no matter how painful it is – if we are to learn the lessons of the Savile affair and prevent it from happening again. That will not happen with the current arrangements.

The lessons will only be learned and the police response to major paedophile investigation will only improve, if there is one inquiry led by a High Court Judge that can examine all of the evidence from all the investigations, come to an overall view and make recommendations. It is only by coordinating and examining the reports of four police forces and HMIC, that I have been able to identify serious failings in the North Yorkshire Police handling of the Savile investigation.

To quote one 64-year-old victim speaking to the BBC: “Surely it would be best… if there was just one inquiry led by someone competent and, when all the evidence was gathered from up and down the country, they collated it and then we might know exactly why Jimmy Savile got away with serious sexual abuse for nearly 50 years.”

Real Whitby will cooperate with any subsequent re-investigation into Savile and will report the response of the IPCC to the fresh evidence we have uncovered in due course.