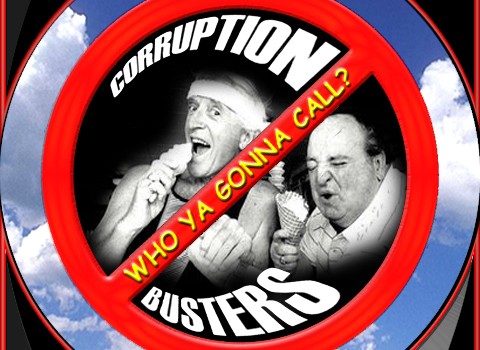 Real Whitby has consistently alleged that Jimmy Savile operated in Scarborough and Whitby in a paedophile-ring with Peter Jaconelli, who was well known locally to be a paedophile, but was left alone by the Police because of his influence as a senior Conservative politician, Mayor, Councillor and influential local businessman.  Consequently, North Yorkshire Police failed to arrest Jaconelli (Britain’s most successful paedophile who operated untroubled by the police for all of his adult life), which would surely have led them to Savile, (Britain’s most prolific paedophile and rapist).

After thousands of hours of Police manpower expended on Operation Yewtree – and millions of pounds of public money – these allegations remain completely unanswered and unaddressed, despite three investigations by North Yorkshire Police.  Peter Jaconelli appears to have dropped into the Operation Yewtree Black Hole which hovers above North Yorkshire, somewhere over the Chief Constable’s office in Newby Wiske Hall.

North Yorkshire Police had initially denied publicly that Savile had any connection to Scarborough at all and it was therefore excluded from the IPCC investigation. Quote: “When the allegations surrounding Jimmy Savile were publicised, we carried out extensive searches of force records which did not reveal a local connection”.

This report has been examined by Real Whitby and is obviously a blatant white-wash (the third in this saga of North Yorkshire Police corruption and cover-up), as shown in our comments on it:  http://www.real-whitby.co.uk/operation-yewtree-cross-report published on the 12th of January 2014.

The BBC Inside Out documentary, broadcasted at 7.30 p.m. on the 10th of February 2014 all over the North of England, featured some of the witnesses who have come forward to Real Whitby, who confirmed that Peter Jaconelli was a rabid paedophile and that North Yorkshire Police had both known of his offending and covered it up, as Real Whitby has consistently alleged.  The BBC documentary can be accessed here:  http://www.real-whitby.co.uk/real-whitby-bbc-faceless-public-servants

The BBC Inside Out Documentary also confirmed that Deputy Chief Constable Sue Cross had not interviewed any of the witnesses to Jaconelli’s offending identified by Real Whitby – some of whom are specified here.  Again, as consistently alleged by Real Whitby.

All this despite the fact that Deputy Chief Constable Sue Cross had ignored salient witness evidence to exonerate her force from any blame over its catastrophic and indefensible failure to detect Jimmy Savile (Britain’s most prolific paedophile and rapist) and his close associate Peter Jaconelli (Britain’s most successful paedophile and an Operation Yewtree Tier 2 suspect) who offended in Scarborogh and Whitby relatively openly, completely untroubled by North Yorkshire Police, for about fifty years.

Incredibly, North Yorkshire Police and the IPCC stood by Deputy Chief Constable Cross’s investigation in the comment made to the BBC.

Clearly, the standard of investigative work undertaken by Deputy Chief Constable Cross was at best unacceptable.  So Real Whitby raised its concerns with HM Inspector of Constabulary Drusilla Sharpling CBE, who oversaw HMIC’s investigation into Savile and his associates. 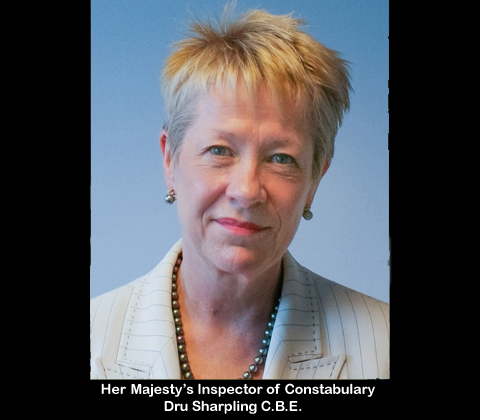 As a result of the Real Whitby criticism, HMI Sharpling ordered North Yorkshire Police to conduct further investigations, effectively ordering it to re-open the Operation Yewtree investigation, thus vindicating our concerns over it and over the conduct of Deputy Chief Constable Cross.

This will be the third investigation that North Yorkshire Police has carried out into the same allegations, following the two earlier and blatantly bungled investigations revealed by Real Whitby. 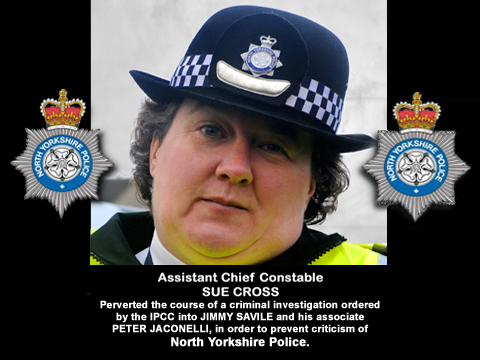 A public statement appeared on the force website later that day to the effect that North Yorkshire Police was considering the content of the Inside Out documentary “its effect on previous matters and the potential need for any future investigative work that would best serve the interests of those directly affected.  In so doing, North Yorkshire Police would encourage those individuals who took part in the programme, who were the subject of direct contact with the late Mr Jaconelli, to get in touch” with Detective Superintendent Steve Smith.

Please note the careful wording of the statement, which does not mention Savile, Operation Yewtree, or any of the other witnesses developed by Real Whitby (many of whom were not made available to the BBC).  It limits itself to the five witnesses that did come forward to the BBC to get in touch – and the potential for any further investigative work is thereby conveniently curtailed – despite the fact that it is quite clear from the BBC, Real Whitby, the Scarborough News and the Sunday Express that Operation Yewtree has not properly investigated Savile and paedophilism in Scarborough, Whitby and Rampton Hospital.

North Yorkshire Police are still limiting the witness evidence available to its investigation.

Detective Superintendent Steve Smith is one of the top detectives in North Yorkshire Police, who commanded the organised crime unit – which deals with the most skilful and dangerous criminals.  Like Deputy Chief Constable Cross he is a formidable and experienced detective.  He is well known for his commendable and forthrightly expressed views on the importance of obtaining as much intelligence as possible from the public, to assist in his investigations.  He is quoted in the Press as having stated “The challenge for us is to continue with the momentum to ensure that we continue to get the intelligence from the public that often first identifies these criminals,” Full article here

Now Real Whitby is a fair and balanced publication and we want to reserve judgment on his investigation until it has been published in full.  However, Detective Superintendent Smith has not launched an appeal for all witnesses of Jaconelli’s offending, only the very few witnesses that were interviewed by the BBC.

So why has he apparently abandoned the principles of close co-operation with the public, maximising the intelligence from witnesses that he so forthrightly expounded, by excluding most of the potential witnesses from his appeal for information about the allegations over Peter Jaconelli?  Apparently, he favours the same approach taken by Deputy Chief Constable Sue Cross.

Following on from the completely and publicly discredited investigation by Deputy Chief Constable Sue Cross, this in itself is cause for very serious concern.  But then worse was to follow.  One of our witnesses posted this on the Real Whitby website:

I was one of those who took part in the inside out programme and responded by email to NYP request to contact them. After 10 days with no reply I phoned via the Force control room where I received a polite response, I asked for the named officer he answered his phone as follows.

I told him my name and that I had emailed him re. his request for those on the BBC inside out programme to contact him asap, as I had had no reply I wondered if he had received my email and if so whether he or a colleague had replied to it and it had gone to junk mail. “Just a minute” pause “Yes I got your email I should have acknowledged it, we’ve had a lot of calls, give me your contact details somebody will contact you”

He couldn’t of been less interested if he’d tried and to date nothing.

It would seems to me if you ask the people who took part in the programme
(3, I think) to contact you and lots of others also contact you, you would
prioritise those you had asked to contact you first, speak to them, then
work through the others?

How can Detective Superintendent Smith possibly expect witnesses to come forward and have confidence that their evidence will be assessed impartially in a case where there are allegations of a cover up by North Yorkshire Police, when they are treated like this?  North Yorkshire Police commented in response to a draft of this article:

“The police have received a number of calls from people following the press release relating to the Inside Out report and the late Mr Jaconelli. We have been in contact with one of those people who contacted us after that release, and who had featured in the programme. The information given by that man will be investigated. Similarly, a number of other people have contacted the police with relevant information. We are grateful for the positive response to the appeal following the BBC programme. All of these people will be spoken to in order to establish the facts that they can give. This will take a period of time.”

Following on from the discredited investigation by Deputy Chief Constable Sue Cross, it nevertheless has to be a concern that the offhand and unprofessional response above, typifies the attitude of North Yorkshire Police to allegations of misconduct by fellow Police Officers.

Had it not been for investigation by Real Whitby journalists, all of this would have been swept under the carpet by the initial North Yorkshire Police denial that Jimmy Savile lived in Scarborough. The Peter Jaconelli saga illustrates the importance of having a free press in a democratic society, to hold officials to account, publicly. 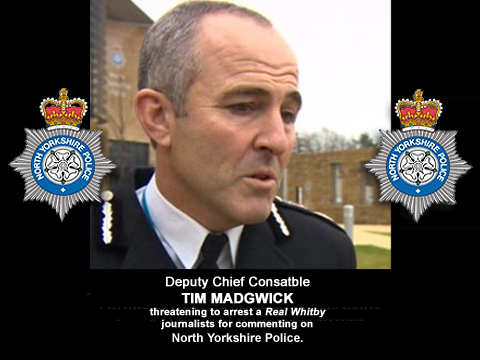 But despite this, Real Whitby will continue to report on the Jimmy Savile and Peter Jaconelli scandal.

Scarborough Borough Council was offered the opportunity to comment on this article, but did not do so.

Coming Next:  The Onslaught

In my next article, I will be revealing the full story of the campaign of harassment that has been unleashed upon Real Whitby, which was only partially covered by the BBC.