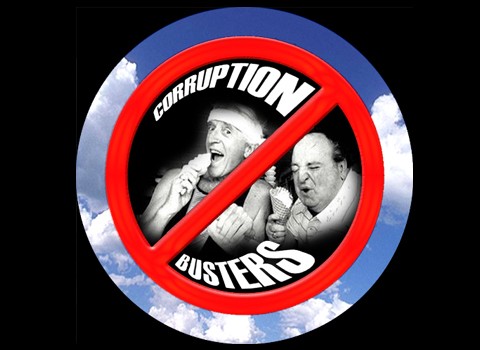 In the Louis Theroux documentary, Savile stated that he took girls to his caravan in the Scarborough area; in his autobiography Savile described being among a group of naked young girls in his caravan – “we all resembled some great human octopus” – when the parents of one girl came and banged on the door to retrieve their daughter.  It appears that because parents were involved, that the girls were under age.  In the original Express article it specifically mentions that during the 2003 investigation “Police then believed a number of paedophiles were operating within the Scarborough area including a man who abused children at his caravan overlooking the seaside resort.”.

It has been alleged to Real Whitby that this caravan was also used by Jimmy Corrigan.

In 1966, Jimmy Savile opened the Otley Carnival.  Afterwards, according to his biography, Savile and a millionaire friend of his called “Jimmy” had sex with six under-age girls Savile had procured for them both on the pretext that they were his “bodyguards”, in a tent.

We know that Savile moved hospital patients from Rampton and possibly another hospital that I have been unable to identify to Scarborough in 1971 and 1972 and that they met Corrigan at the Arcades he managed and Jaconelli at one of his  ice -cream parlours, which were places where Jaconelli was known to abuse boys.

New information has emerged about Savile and his relationship with Jimmy Corrigan.  It is alleged that Savile and Corrigan went to a Scouts campsite in Doncaster to stay over, as part of a fund raising effort by Savile.  They allegedly took a motor-home with them.  According to this third party account that originated from Savile, they stayed in a tent on a raft in the middle of a river while the scouts slept on the river bank.  I have tried to obtain verification of this, but this has proven to be impossible because of the lapse in time, a common issue in historical investigations.  A spokesman for the Scouting Association stated:

“We are aware of only one case (which you document below) in which Savile was alleged to have abused a young person who was a member of the Scout Movement. We are not aware of any regular or ongoing links between Savile and any Scout Groups in the UK.

We have over 500,000 Members who go camping on a regular basis. It is impossible for us to comment upon an alleged incident that might have or might not have occurred  in the 1960’s or 1970’s at an unspecified location on an unspecified date with unspecified individuals.

What we can say is that if any of our members believes they have been a victim of Savile they should report this to the relevant authorities and we will support them in any way we can.”

The Scouting Association also provided their current safeguarding policy which appears comprehensive and now “applies to all situations in which Scouting operates”.

Savile had an association with the Otley Scout Group and invited scouts from Sutton-in-Ashfield onto the BBC, when a group of Cub Scouts were filmed eating their packed lunches while upside down on a rollercoaster.  It has now emerged that Savile is known to have abused a scout in his BBC dressing room in 1976.

Whilst the account of the Doncaster visit by Savile and Corrigan does not mention any instance of abuse and asserts that Savile and Corrigan slept on their own, away from the scouts, obviously it is a cause of concern that someone like Savile would have access to scouts at a camp site. This is now prohibited. There must still be a concern that someone as obsessed with insatiable appetites for sexual abuse as Savile would not have been able to leave the scouts alone. Particularly as he had access to a mobile home  –  a type of vehicle he is known to have used to commit sexual offences safely and securely without being seen or discovered.

This is all indicative of the very close friendship that existed between Savile and Corrigan.  They belonged to the same running club, ran marathons together, Savile was a frequent visitor to Corrigan’s arcades, it appears they shared a tent together, used the same motorhome and were seen driving together. Savile also frequented “Michael’s” nightclub in Scarborough which was  part of the Corrigan  empire, and always spent Christmas with Corrigan.

It has instead arrested celebrity Jimmy Tarbuck.   Mr Tarbuck appeared regularly in Scarborough, his last appearance being at the Spa Theatre in 2009. He denies the allegations.

Interestingly, Mr Stuart Hall was also arrested and charged with offences of indecent assault and initially denied any wrongdoing, calling the charges “pernicious, callous, cruel and, above all, spurious.”  Then at the pre-trial hearing on he pleaded guilty to 14 charges of indecent assault involving 13 girls aged between 9 and 17. All but four of the offences took place between 1972 and 1982, during the time Hall was at the height of his fame with It’s a Knockout, one episode of which was filmed in Scarborough.

Following information received from Real Whitby, the IPCC has directed North Yorkshire Police to review all relevant material and information to establish whether there are conduct matters that should be referred to it.

Following on from the blatantly perverse West Yorkshire Police investigation, in which that force exonerated itself from any responsibility for its failure to arrest Savile and which has been widely condemned as a disgraceful whitewash, I wrote to the Metropolitan Police, the IPCC, Police and Crime Commissioner for North Yorkshire and Chief Constable Madgwick of North Yorkshire Police asking for the investigation to be conducted independently by officers from another force.