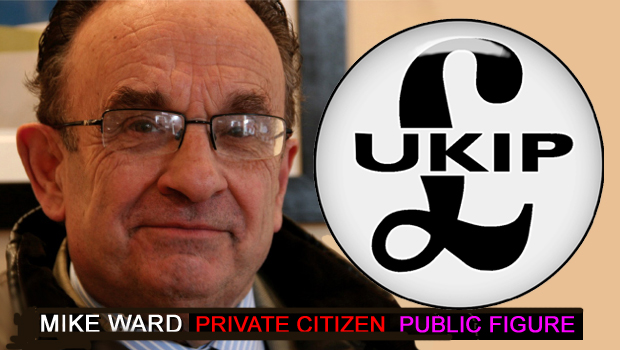 Dear Editor and readers of the North Yorks Enquirer,

UKIP certainly creates a wide variety of reactions and opinion, highly charged and emotive at times

At the root of what they are saying is that there should be no political union with Europe and that better immigration controls are required.

They want to change politics as we know it.

I agree on all counts hence my reason for joining UKIP. Change is needed at all levels but there comes a point when change has to be made from within – within Parliament, Local Councils and any Party .

I have never been a member of any national party and at the local level have always been independent, strongly advocating change in the way SBC is run. My views and ideals remain, as UKIP is fully committed to putting residents, their wishes and needs, first. More common sense must be applied to local decision making. Change is needed before it is too late.

UKIP can and should appeal to a broad spectrum of the population. It is the party for change, neither left or right but rather right from wrong.

Party politics in Britain is in disarray and change is necessary. We need to get back those disaffected voters (50% + ) and show them their votes can make a difference. Many of those who still do vote feel they are not being listened to at the national or local level.

All residents have a part to play and their views should count for far more than they do at present. They have a right to be heard.

How can MPs take a 10% pay rise, particularly at this time?

Why can the voters in Scotland be given a vote on Independence whilst our major parties are putting off or denying the electorate a referendum on Europe?

Many in Britain do not want a political union with Europe – though would welcome trade agreements, etc.

Why can’t the issue be put to the vote now? Why do they think that we can’t be responsible when deciding? Is it only politicians who know best? What is to fear?

Immigration is essential in the UK but what would be so wrong with reasonable and fair immigration controls? Advocating control is not racist.

There are many other UKIP policies – policies for people – that do make sense.

Transport – speed cameras to be used as a deterrent, not as a revenue raiser.

Housing – planning permissions for large scale developments could be overturned by a local referendum.

Employment and small businesses – a skills review to be undertaken to better inform our education system and qualifications. Councils to be encouraged to provide more free parking in town centres.

Agriculture and Fishing – a British Single Farm Payment for farms would be introduced and British territorial waters reinstated.

Welfare – the bedroom tax would be scrapped.

NHS – would be free at the point of delivery and time of need for UK residents.

What helped to re-confirm my personal decision to join UKIP was reading the comments of Douglas Carswell MP, who also believes immigration is beneficial and has no difficulty with Britain as Britain is today. He said, “I would never have joined a racist party. Humility when we win. Modesty when we are proved right. If we speak with passion let it be tempered with compassion. Let us be a Party for all Britain and all Britons.”

All too often some of the comments made can cause concern but racism and extremism has no part to play in or outside of UKIP.

I would never have joined a racist or extremist party.

As with any new party, UKIP is evolving and, as such, some will join whilst others might even leave. Everyone has to follow their own conscience. The rights and views of every individual have to be respected.