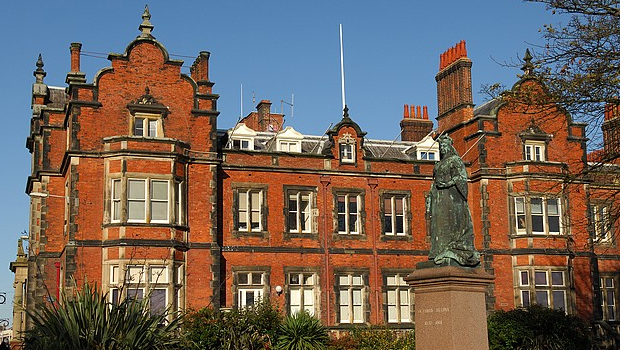 UKIP’s last remaining councillor on Scarborough Borough Council, Neil Heritage, has quit the party and has said he will stand as an independent councillor in the future. Heritage was the last UKIP councillor in Yorkshire.

In October 2018 I joined UKIP. The reason I joined the party was that I believe in democracy and common sense, everything UKIP stood for. It was an extraordinary party that was building momentum again and I was one of the new members that doubled the membership that year. I thought we were steering in the right direction.

Within seven months of joining I was asked to stand in the local elections to which I consented and was elected as a Borough Councillor, a position I have enjoyed doing since May 2nd 2019 and ripening into. I have been putting cases forward against rehoming of migrants in the Borough, the non-stun slaughter meats served in local schools and opposing the increase of council tax. All the things that made me want to join UKIP in the first place. I have kept in touch with my constituents through newsletters keeping them updated whilst giving up spare time, including Christmas Day, to volunteer within my constituency. All things to keep me in the public eye and put me in good prominence to get re-elected and also present me with a reasonable prospect of being elected as a County Councillor. I have also recently been voted as the branch chair, quite a lot achieved in the 18 months I been with the party if I do say so myself.

Unfortunately, I feel that UKIP has done a U-turn to the party that I had joined. There is no democracy within the party so how can we as a party promote democracy. The membership has halved through the mistreatment of some of the most loyal and trusted members. One of the founding members of the party told he could not stand to be the leader for no understandable reason than he didn’t fit the party chair and the Executive criterion. Then the person that did win the leadership elections by a vast majority was then oppressed and forced out of the party. We have even lost our final delegate in the House of Lords in Lord Pearson because of the way the party is being operated. I feel the people governing the party are totally out of touch with its membership and persist to deny that they are the issue. Then there is the court case the party lost against the previous leader and his team at the rumoured cost of £45,000 of the membership’s money, then the party have the audacity to proceed with further legal hearings against Richard Braine blaming him for the decline in membership.

Within my branch in recent months, we have had some very prominent members suspended, including our past two Chairs, a poisoned chalice I have now assumed to keep our branch alive. However, I feel the demolition is already done and beyond repair.

I cannot see any way back from this for our branch or UKIP and the end of the party is near. Such shame at a time a party like ours should be thriving considering the collapse of the Labour party.

I am therefore with deep sadness, abandoning the sinking ship. My desire to work for the community I have been elected to represent and persevere in trying to making a difference will only be impeded by my association with UKIP in it’s the current administration. I will continue my Councillors role as an independent Councillor and will go into my next elections as an Independent Councillor. This party is now losing one of its last Councillors above town and parish due to its incompetence, leadership and refusal to admit blame of what they have done to the party.