Data from the Tax Payer’s Alliance has been released which shows historical data regarding cumulative Council Tax (CT) rises spanning the last twenty years. 2018/19 Council Tax budgets are currently being voted upon. 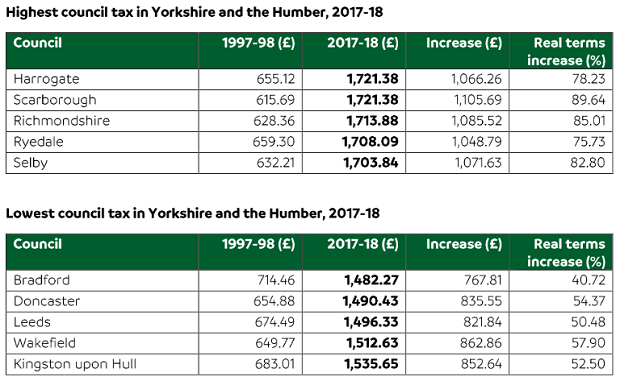 People across North Yorkshire are paying through the nose due to the incompetence of Conservative councillors.

People across the Borough of Scarborough have seen staggering incompetence from their Tory councillors.

SBC Council Tax payers now have an unsecured loan of £9million to developer Benchmark in their name.

Council Tax payers invested £8.6million in a revamp of the Spa Theatre. After initially failing under SBC management, the decision was made to bring in a professional management company (SIV, Sheffield City Council) but not one penny of profit has come from the resulting profit sharing agreement.

CT payers funded the OAT to the tune of nearly £6million with no prospect of any profit from their investment.

Council Tax payers funded the demolition of the Futurist Theatre at a cost of £4.2million. The project is causing massive distress for the neighbours which may result in more cost to the Council Tax payer.

Meanwhile Whitby’s Piers have been known to have been crumbling for years and any resulting structural failure from SBC’s neglect may result in damage to homes and businesses around the harbour to the tune of millions.

Scarborough Borough Council is a council replete with incompetent Tories who couldn’t find their own backsides with both hands and a sniffer dog.

On May 2nd 2019 elections are being held across the Borough of Scarborough and the electorate have the opportunity to take those failing Conservative councillors behind the electoral barn and give them both barrels.

The ethos of this blog is value for money from council services, so I’ll be standing as a UKIP Councillor and looking to implement our Low Tax / Small Government policy. We are looking to freeze the SBC portion of Council Tax for the full four years in office. Is that something you’d vote for or would you like more tax rises? 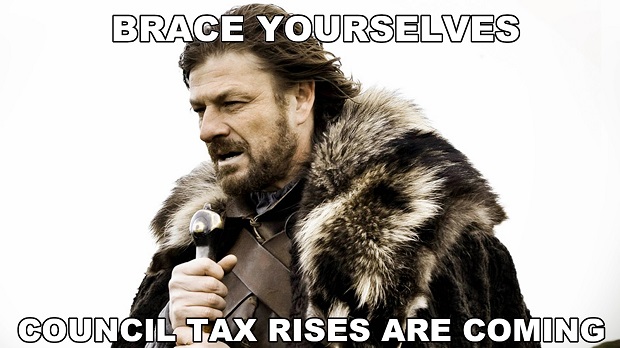