Guest Author “Storming” NORMAN MURPHY exposes a piece of the most devious skulduggery on the part of our present “open and transparent” administration.

As many of you who follow the antics of our Council will know, one of the mantras of the Labour administration currently ruling the Borough has been that they are (and I quote) an “open and transparent” administration. So, assuming that some people are gullible enough to believe that they can be taken at their word, it might have come as something of a shock to this deluded band of fellow travellers to learn that the person selected by the Labour leadership, to fill the post of Independent Person on the very influential Audit Committee, was, in fact, a Labour supporter and as recently as December last year had been out campaigning for Jeremy Corbyn.

This lapse in “openness and transparency” could, of course, just have been a little oversight by the ruling Group and I am sure they will soon be asking for your forgiveness and pledging that such a disgraceful deceit of the public was the fault of some minion and that you can rest-assured it won’t happen again. However, they will also add that, the appointment has now been made and, unfortunately, it cannot be rescinded so, as he is really a good chap anyway, we have decided to leave him in post.

In any case their defence of this breach of “openness and transparency” might continue, what does it matter if the Audit Committee has attached to it a loyal Labour Party supporter? Well, although this might seem like a trivial and rather irrelevant bit of political manoeuvring, it is not. For those of us who follow closely what our rulers would like to pass off as well-intentioned mistakes (or the actions of some stupid flunky), there is almost invariably a serious, and usually for the ratepayers, at least, costly motive behind the deception – and never more so is it the case with this particular appointment.

So what could the motive for such a seemingly innocuous appointment be, I hear you ask? Well, it will be recalled that the previous administration supported a rather tasty scheme called the DBID. This scheme was set up with the specific aim of extracting over £5 million from local businesses with the promise that some of the money raised would be spent on improving the regions tourism offer. No specifics were at the time given to those who would ultimately have to pay the levy, but it was understood that unfortunately there would be a considerable amount of administration costs, including some taken by SBC, but that should not worry those who have to pay the stealth tax as there would still be a bit left over to fund something or other.

With these promises and reassurances given, the DBID operators went through the process of getting the scheme up and running. However, the small fly in the ointment was that in order to get the DBID started, the operators needed the agreement of a majority of those who would have to pay for it. This, they realised, would be a hard sell as not many people want to pay additional tax. Nonetheless, they needed this agreement so a crafty formula was designed to get the agreement of a majority of the eligible businesses by organising a secret ballot. All businesses who were covered by the DBID would be sent a ballot paper on which they would vote ‘yes’ or ‘no’ and then send it in to the Town Hall. If, when the votes were counted privately in the Town Hall dungeon, there was a majority in favour, the scheme would go ahead. Funnily enough, surprise-surprise, there was a majority in favour and the scheme went ahead.

However, once many of those who were eligible to pay the stealth tax learnt that they were going to be sent a Council tax demand, which in some cases was for many thousands of pounds, they started to ask awkward questions about the validity of the scheme and the legality of the ballot process. Indeed, many of those who were now being asked to pay the stealth tax claimed they had never even received a ballot paper, had never been consulted and objected strongly to Scarborough Council casting its own (38) votes in favour of the scheme – without asking anyone.

So what to do. Well, as might be expected, they appealed to their newly elected, “open and transparent” Council and asked them to either cancel the DBID or to re-ballot those eligible to pay with the hope and expectation that, either way, the result of the original ballot would be overturned – or better still the whole scheme would be killed dead.

Unfortunately, this was not to be the course of action the new Labour administration was prepared to take.

As might be expected, if the scheme were allowed to go ahead there would potentially be a lot of new money, £5 million, a part of which the Council would be able to squander. No administration, especially this administration it seems, willingly gives up access to new money and this has certainly been the case with our new Labour rulers.

However, those who were being forced to pay for the DBID were not going to give up without a fight (and who can blame them) so they kept on at the Council until they agreed to bring in an Independent expert to examine whether the ballot had been run correctly and that the Council could collect the money legally from those businesses that fell within the remit of the scheme.

So the Council called in the services of Mr Peter Stanyon (CEO of the Association of Electoral Administrators) to examine the way in which SBC conducted the ballot process and his report is to be presented to the, you guessed it, Audit Committee on 19th March.

Normally, the deliberations of the Audit Committee would be of little interest, and certainly no importance, to the rulers in the Ivory Tower, however, the expected findings of the Stanyon Report will almost certainly be that the Council’s oversight of the DBID was at best incompetent, probably negligent and possibly even illegal. Mr Stanyon may well recommend to the Audit Committee that it should either re-ballot those eligible to pay the levy or more likely scrap the DBID completely.

As might be imagined, this is not an outcome that the current leadership would want, or tolerate. If the scheme were scrapped, the Council would almost certainly have to pay back to the levy payers any money they had already raked in. The current Council leadership would face severe criticism, and quite rightly, for not investigating the DBID process months ago, which, if they had done so, might well have persuaded the DBID organisers to withdraw the BID. Moreover, and perhaps more importantly than any other consideration, a gravy train containing a rather tasty £5 million would escape their voracious choppers. So what to do?

Well, as they saw this possibility coming months ago, in typical Town Hall style, a plan had to be devised to make sure the Audit Committee buried the Stanyon Report so deep it would never be seen again. This burial, however, with the current make-up of the Council as it presently stands, would be a difficult feat of Committee manipulation even for the Labour Group as they only have 13 members out of a Full Council of 46. Furthermore, and to make matters worse, the Chairman of the Audit Committee was none other than their arch enemy, Independent Cllr Sam Cross, who had only a few months earlier tabled a vote of no-confidence against the Labour administration, and who would almost certainly press for the recommendations of the Stanyon Report to be carried out in full.

This was a dilemma but, as ever, the Council leadership rose to the challenge. The Audit Committee already had a majority of DBID supporters as both Labour and Conservative members are known to support the BID. However, even with a majority of members who support the DBID, this would still not guarantee that the Stanyon Report would be buried; what was needed was another pro-Labour member attached to the Committee to help dig the hole even deeper. The solution to this problem, as Labour could not appoint any more elected members to the Committee, was to manufacture the post of an Independent Person who would assist and advise Committee members.

Step in Dr Jim Brace (aka James Arthur Brace), who stood for election as a Labour Party candidate in Cayton Ward in 2011 and 2015. Indeed, the same Dr Jim Brace who was seen out delivering leaflets for Labour during elections in December 2019. The SBC website even shows the Labour Party logo by the name of the “Independent Person”.

Dr Brace, is, in fact, a dyed-in-the-wool Labour supporter and could not be less independent if he tried. 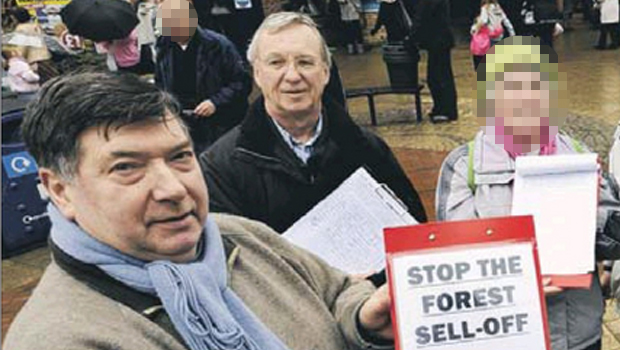 Nonetheless, even with a very pro-Labour, pro-DBID Committee, this would still leave the very anti-Labour, anti-DBID Cllr Sam Cross in the Chair. Consequently, it might be expected that getting the Stanyon Report buried would still be problematical. However, as things have turned out, even this obstacle has, very conveniently, been overcome with the removal of Cllr Cross from the Chairship of the Audit Committee.

The public will be crushed and their views will be ignored once again. People who have worked hard for their money will have their hard-earned gains taken away from them – by force of law, if that’s what it takes – and they will have no legal form of redress. The current Labour administration should, if they really believed in “openness and transparency”, have made it public knowledge that the man they want to sit on the Audit committee, as an Independent Person, is, in fact, a Labour Party stooge. 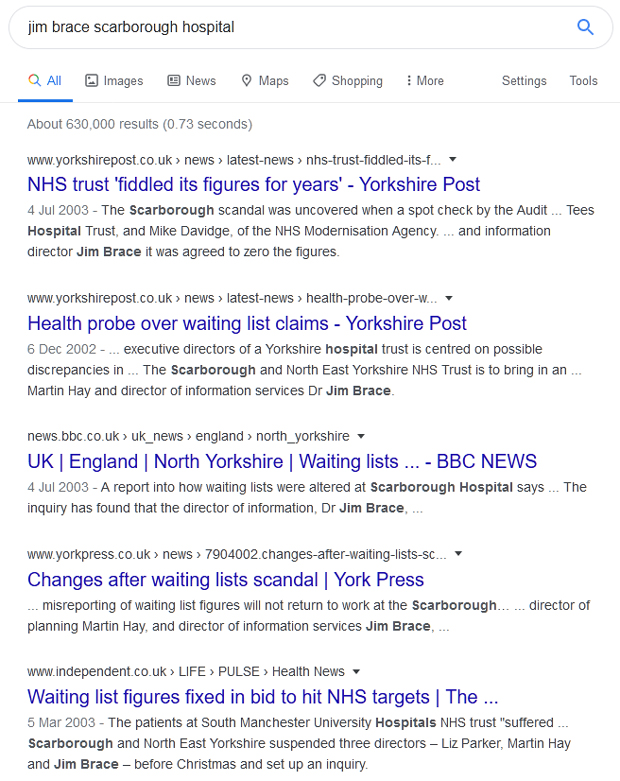