Guest Author and regular NYE contributor Alderman NORMAN MURPHY sets forth his views on recent developments in the on-going saga of Yorkshire Coast BID Ltd and its “death by a thousand cuts”.

Although not a BID Levy-payer myself, I am, through my former role as a Scarborough Borough Council (SBC) Councillor, and one of those who was duped into voting the BID into existence, very familiar with the Yorkshire Coast DBID and its parasitic attachment to our local businesses.

As those who are forced to pay the Levy know only too well, the YCBID is, in fact, a £5 million tax, which many consider has been illegally imposed, by SBC, on over 1,300 (supposedly) tourism-related local businesses.

The money the BID raised was, we were told at the time, to be used to promote over and above normal Council support for our local tourism industry and any money raised would be spent wisely and in the interests of our local businesses.

However, although this course of action was agreed, the incoming Labour administration, when it took power in May 2019, reneged on the agreement and ratified the BID without further consultation with either elected members or the local business community.

This duplicity on the part of the so-called leader of the Council Steve (“It’s a Dog’s Breakfast”) Siddons and his crony Labour Group colleagues has obviously been strongly contested by most Levy-payers since 2019.

Quite understandably, many local business owners have refused to pay what they consider to be an illegally enforced tax which, in turn, has now led to SBC, shamefully in my opinion, summonsing many local businessesto Court for non-payment of the Levy.

Indeed, SBCs relentless persecution of Levy-payers has now culminated, as many readers will have seen, in the recent Court cases being brought against Levy-payers who, understandably, refuse to pay what many consider to be, and probably is, legalised robbery.

This view – that there is certainly ambiguity in the legality of the BID and SBC’s role in enforcing the Councils Court summonses against those who have refused to pay the Levy, has now been supported by the Judges’ decision to adjourn the proceedings, until 3rd November 2022.

However, the Judges did not just agree to the postponement of the hearing – and this is the important part -they also demanded that “The two Councils (SBC and ERYC) be instructed to submit their arguments to all parties not later than Monday 5th September 2022.”

On the back of this ruling it is anticipated that Barristers acting for “the Levy non-payers will be making application for exhaustive disclosure of a large number of documents held by both Councils.”

This disclosure ruling will almost certainly have devastating consequences for SBC, ERYC and, of course, the BID company, since the one thing that has continually thwarted the anti-Levy-payer group’s attempts to challenge the legality of the YCBID is the refusal of the Councils and the YCBID company to release documents and internal correspondence.

As most people know, and certainly the BID Levy-payers know, the current Scarborough Borough Council administration is almost pathologically obsessed with secrecy. Although Siddons and his cronies profess that their administration is “Open and Transparent”, the reality is, as anyone who has tried to get even trivial information out of the STASI-like Labour leadership, almost impossible.

Consequently, without sight of the legal opinions SBC claims to have received, which SBC’s legal team has used to ‘legitimise’ its support for the BID, and the persecution of Levy non-payers, the anti-Levy payers groups have been unable to exhaustively counter SBC’s claims that the BID is legal and that SBC must, therefore, enforce collection.

By concealing documentation from Levy-payers, Siddons and SBC Officers have established for themselves, in effect, a playing field which is so tilted in the Councils’ and the BID company’s favour that it has made any conclusive opposition to the BID almost impossible.

Indeed, through the total control of what documents Levy-payers can, and more importantly, cannot see, Siddons and SBC Officers have given themselves dictatorial powers over Levy-payers, intimidating them and threatening them, acting just like school bullies.

Supported by SBC Officers, who use unlimited ratepayer money to crush the legitimate concerns of Levy-payers, Siddons and his cronies have revelled in their ability to subjugate and humiliate the Levy-payers.

And, of course, with a trough overflowing with £5 million of someone else’s money available to get their greedy little snouts in, it is hardly surprising that the current leadership of the Council has resisted, so far at least, all attempts by the Levy-payers to find out what they have been up to.

However, the Judges’ ruling that the Councils and the BID company must disclose all the documentation they hold to the Barristers acting for the anti-BID group now dramatically tilts the playing field back onto a more even surface.

Siddons and his cowardly gang of school bullies have come up against the law and the Courts are not intimidated by their threats.

Many people consider that SBC acted illegally when they set up the BID and have conspired with the BID company over the last three years to keep the BID in existence. SBC could, if they had been so inclined, have implemented Article 18 – ‘Termination of BID Arrangements’ of the Business Improvement Districts (England) Regulations 2004, and the Judges have not disputed that this is the case.

However, SBC Officers are, for the present at least, sticking to their guns and continuing to support the BID, to my mind if they had any sense, which obviously they don’t, they would immediately implement Article 18 and terminate the BID before they find themselves in court.

As I see it, SBC’s support for the BID and their disgraceful attempts to persecute their own local business community for non-payment of what amounts to an illegally imposed tax, adds up to Malfeasance in Public Office (dodgy dealing by officers and elected members in simple terms) and the penalty for Malfeasance in Public Office carries a maximum sentence of life imprisonment.

The stakes are high and it is yet to be seen whether Siddons and the Officers at SBC are prepared to present themselves before the Courts and gamble with their liberty.

My guess is that, like all bullies, when they are called out, they will run away like the cowards that they are.

As we have seen the ruling from the Judges ordering that the Councils should make all documentation available to the anti-BID groups had no sooner been made public than the first rat, Scarborough Council CEO Mike Greene, suddenly announced that he was leaving the authority.

I suspect he will not be the last of the Council’s motley crew to desert the sinking ship.

PS: I have heard that there are a group of builders in TUSCANY who are getting a bit worried about getting paid. 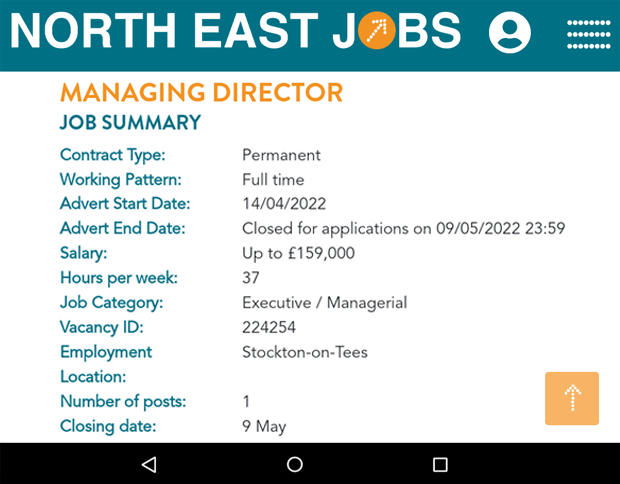