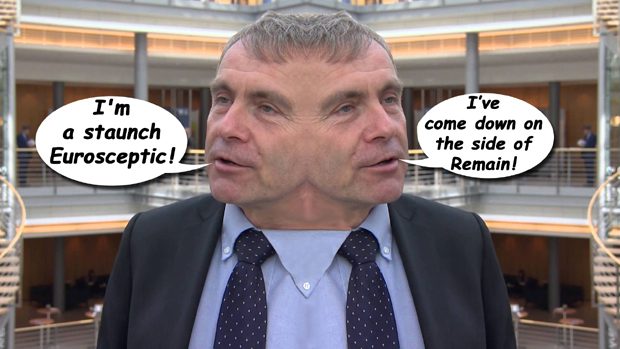 In the run up to the June 2016 EU Referendum your Scarborough & Whitby branch of UKIP were very active. We ran lots of street stalls, knocked lots of doors, delivered tens of thousands of leaflets, wrote many letters and worked very hard to persuade you to vote Leave. Our efforts succeeded beyond our wildest dreams and 62% of you joined us in voting to leave the European Union.

Your Leave vote is now under threat.

The Tories are feeding you a pack of lies about Brexit meaning Brexit. The Tory plan is to increase their majority and remove the influence of the small number of Tory MPs who want to leave the EU. The Tory plan is to stay in the single market, keep pouring your money into EU coffers and retain the failed Lib/Lab/Con policy of mass uncontrolled immigration, which causes so much damage to the UK.

The incumbent two-faced Tory MP, Robert Goodwill, claimed to be a staunch Eurosceptic and wanted to repatriate powers from Brussels. When push came to shove Mr Goodwill put his ministerial career and his financial interests above those of you and our country when he came out in favour of the Remain campaign.

Can you really see the incumbent MP taking a moral stand against Theresa May when she announces that her deal to leave the EU will include retaining single market access and mass uncontrolled immigration? Can you see Mr Goodwill giving up his ministerial job and standing up for the 62% of his constituents who voted Leave?

You have to remember that the Tories are wedded to mass uncontrolled immigration because they have no other way of growing the economy.

Can you trust Labour Candidate Eric Broadbent with your Leave vote? There is not one single mention of Brexit on his recent election leaflet!

It seems blindingly obvious to me that if you vote Tory or Labour on June 8th, you will not see your Leave vote come to fruition within the next five years.

Only a vote for Sam Cross on June 8th will see your Leave vote enacted.