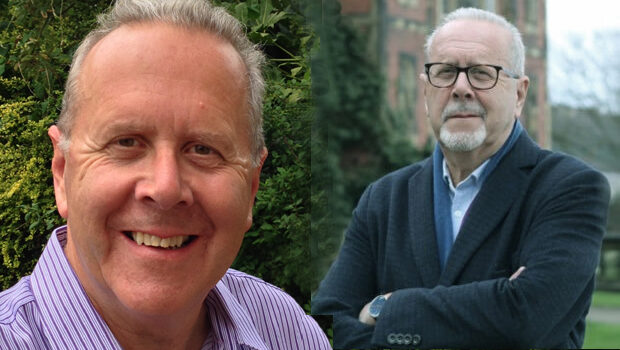 Even regular readers may be suprirsed to learn that the North Yorks Enquirer has published over a hundred articles on the subject of Scarborough Borough Council in the present year alone, many referring to the lamentable performance of Labour Leader, Councillor Steve SIDDONS.

Readers are invited to browse those articles, here:

Many of them have addressed recurrent themes:

Those who watched the meeting of the Planning & Development Committee on Thursday 9th December 2021 (under the Chairship of Councillor Subash SHARMA [Lab.]), or who read my brief report (here) will be aware that a “last-straw-camel’s-back” moment has taken place. When a re;latively insignificant administration foot-soldier can call out a female member of the Opposition as a “bed-wetter”, local government process is no longer fit for purpose. It takes the Council into the gutter.

On 11th December 2021, I emailed Councillor SIDDONS reminding him that a number of his key proposals have been defeated in Council and/or Committees in recent months, concluding with the receent Planning defeat, and that the continuing abusive behaviour remained uncontrolled. I asked him to consider his position.

I can confirm that Councillor SIDDONS has opened my email but has neither acknowledged it, nor responded. One must conclude that he has elected to bluff it out.

However, Councillor SIDDONS cannot be surprised that, pursuant to her Letter to the Editor of the Enquirer (7th November 2021, entitled “Deputy Mayor Speaks Out”) and her email to her fellow members, Deputy Mayor Councillor Roxanne MURPHY [Y.C.I.A.] has proposed a motion of NO CONFIDENCE in Leader Councillor Steve SIDDONS, seconded by Councillor Bill CHATT [C.I.M.], and supported by Councillors Neil HERITAGE [Y.C.I.A.], Alf ABBOTT [Con.] and Sam CROSS [Y.C.I.A.]:

In the light of the Safeguarding concerns that have emerged, resulting in the departure, in protest, from the Chamber of over a quarter of the membership, it is our contention that the Leader has failed, throughout his Leadership, to implement such Safeguarding measures as would assure the physical and psychological safety of all forty-six members of this Council, so that all electors are assured of full democratic representation.

In order that these contentions be exhaustively tested in the democratic forum of Full Council, the right and proper remedy is to debate, consider and resolve the following single Motion:

1) Does this Council have CONFIDENCE in the present Leader to Safeguard members of the Council, Paid Service and the public; and to uphold the Principles upon which he was elected?

It would appear to me that only those Councillors who are prepared to go on turning a blind eye to threats, intimidation and bullying, and who are foolish enough to be satisfied with broken promises and failing plans could plausibly oppose this motion.

On past form, one may reasonably expect the Senior Officers to place any and every conceivable obstacle in the way of convening this Extraordinary Meeting of Full Council. The bias always favours the incumbents. And they will no doubt attempt to ‘rule’ that it must take place in the digital domain – via Zoom (so that even those members house-bound by snow, dementia or Omicron can be whipped up in defence of the indefensible).

Hopefully, even the weakest members will stand up to rid our Council of toxicity, malice and failure. As one unaffiliated Councillor put it:

“Let us do all we can to ensure that we guide this ship of Council safely to its final berthing place”.