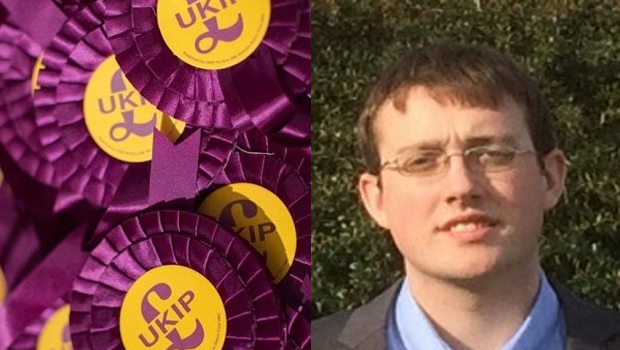 A Letter to the Editor from Tom SESTON of Eastfield (who is contesting the Eastfield ward of the Scarborough Borough Council local elections for the United Kingdom Independence Party), introducing himself to the Borough electorate.

I am Tom Seston. I’m one of three UKIP candidates in Eastfield for the local elections on May 7th.

Many of you may know me by face or by name. I’ve lived on Holme Hill all my life and went to school at Braeburn, then Pindar, and now currently work part time in the local supermarket petrol station as well as studying engineering at Yorkshire Coast College. A little over two years ago, I decided to join UKIP. I made this decision based on the fact that no other party seemed to represent what I believed in, which is that Britain should make its own decisions in the world.

After attending local meetings I became somewhat frustrated at how the council was being run.  It seemed to me that the council was being run by a select few, under a cloak-and dagger regime that refused to talk to its constituents. So I jumped at the chance when, earlier this year, I was given the opportunity to stand up, be counted and put action to my feelings and attempt to bring change to the Borough and my home.

I have many things I want to achieve, if elected.

I want do everything in my power to save Eastfield library and the Futurist Theatre.

I want to aid local businesses in growing and thriving; Scarborough needs to come out of the 1970’s and wake up to all-year-round tourism.

I want to see the public consulted as much as possible on major issues.

Throughout Scarborough, UKIP is gaining huge support and we feel that it’s time Scarborough had a change from the same few privileged people running the town how they please. The best thing about UKIP is that, if elected, I would have the support of many experienced Councillors, but nobody telling me how to vote. UKIP is an Independence Party; we vote only for our constituents, not our party.

Now these past weeks I have been meeting people from all over Eastfield and the Borough as a whole.  Many seem sick to death of politicians promising the world during an election year, breaking those promises and then not seeing them for four years.

So I am only making one promise:

We all face a choice on May 7th; vote for the same parties we always vote for – or vote for the people who you feel represent you the best.  But the most important thing is that you exercise your democratic privilege and vote on May 7th.