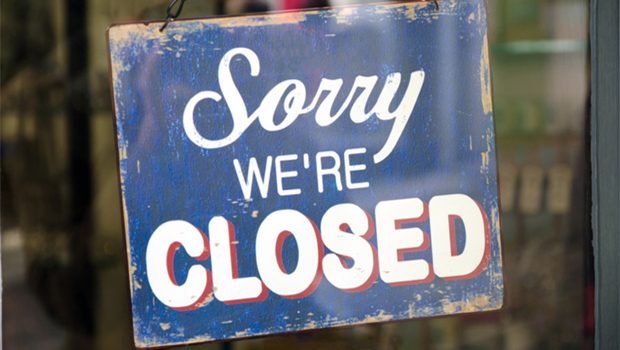 A Letter to the Editor from SBC Councillor Rob BARNETT [Lab.] (Whitby Streonshalh), who writes to lament the decline of our much-loved town of Whitby under two tiers of Tory-led local government.
~~~~~

Once again, thank you for publishing on your widely-read social media pages.

Your readers may or may not be aware that, as an SBC Councillor, I do my best to get out and about to engage with the everyday concerns of people in this Town and Borough.

It seems to me that we need to put the facts straight as far as the perception of what is really going on locally is concerned.

As we know, SBC Leader Bastiman and MP Goodwill both believe all is well. That is their perception.

In point of fact, these are some of the questions I am putting to people I meet on their doorsteps.

Did you know that?

1) Our town is in the low pay capital of Britain?
2) The housing stock for locals is shrinking and unaffordable?
3) Our housing is the most expensive in the Borough?
4) Our schools underachieve and are amongst the worst in the country? (OfSTED)
5) Schools are having to ask parents for money?
6) Care homes are closing down?
7) Pre-school education is in crisis – few places, lack of funding?
8) SBC can borrow millions for water parks and vanity projects?
9) The library is run on goodwill? (Not Robert!).
10) The bus service is a mere skeleton? (No buses up Green Lane)
11) SBC have not signed off the accounts for 2 years?
12) In our area, average weekly wages fell £30 between 2010 and 2016.
13) New business failures are significantly worse than the rest of Yorkshire.
14) The educational levels of the work force are declining.
15) Crime rates are increasing.
16) There is an increasing number of vacant shop units.

In recent weeks, we have received the accolade of being the “low pay capital of Britain and 7th worst for homelessness in Yorkshire”. It would seem to me that locally, housing is in crisis, social care has diminished, hospitals are under threat, the Police Station moribund, the library is run by one librarian and volunteers, and public transport is ceasing to provide a workable service.

What’s going on? Are they holding a closing-down sale?

Sorry; I cannot disguise my anger, because we are the 6th richest nation on the planet. Now, the vulnerable and the “Just About Managing”, that is to say, the many and not the few, are suffering.

Above all, the most depressing response I get on the doorstep is along the lines of, “Well, what can we do?”.

“Grin and bear it?”  The answer is NO! Whitby has a voice, we need to make sure that voice is heard. Clearly, these pages do a fine job but we must speak out against the “spreadsheet politics” that both SBC and NYCC engage in and beat us all up with.

Equally, the public should not be put off by bureaucratic protocols. I refer to;

The Council, Officers and Councillors exist only to SERVE and are accountable to the public. What we seem to get is the mentality of “parapet politics” – keep your head down and say nowt!

Everyone, including the Councils, would do well to realise that one’s best friend is a critical one!