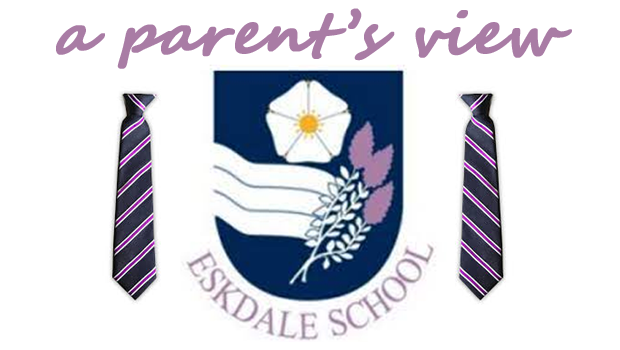 The following Letter to the Editor from a pupil’s mother, MARIA CARSON, herself a former Eskdale School pupil, gives voice to the prevailing view of Eskdale parents and pupils. No doubt others will wish to have their say.

It arrived ahead of the protest group gathering at the gates of Eskdale School, Whitby, at 8:30am on Monday 9th January 2023.

Local news coverage of that event can be viewed here and here.

A petition has been launched, available here.

As an ex-pupil of Eskdale School (albeit it is just over 37 years since I started), I have nothing but good memories of it. You only have to look on Eskdale School Memories to see how I and most other posters share the same view.
As a child born of a serving soldier, I never had proper roots until my parents moved back to their hometown. I started at East Whitby School in 1983. To say I wasn’t the brightest child! I’d been to several schools and never had a stable education, with all the moving around. Mrs Havelock saw the potential in me and worked hard to improve everything in me.
I started at Eskdale in 1985. I may’ve been deemed a disruptive child, but I’ve always had something to say and things haven’t changed!
I flourished at Eskdale. Be it through sport or in English, Biology and History, the teachers were very good at what they did. The discipline might’ve been a tad draconian but it was needed. I have no qualms about it. I think it made you try harder-  or the letter back home, which was absolutely dreaded! Unfortunately, there is no discipline allowed nowadays. There needs to be a happy medium.
I was very involved in a lot of sports teams. My patience for less able peers was not something I knew how to handle? My sports teachers made me try to see from others’ prospectives. So it wasn’t just academic knowledge they were giving you. It was tools for making you a better person, too.
In 1988, I did my exams for the impending move to Whitby School. I was placed in every top set at Whitby School through my own and my teachers hard work. I started at Whitby School in September 1988. What a contrast from Eskdale. Besides Mr. Bentley, Mr. Gozzard and Mr. Cooper, it was like no-one was interested in you, regardless of how well you’d done. I changed Maths teachers to Mrs Powell and suddenly it was clear. My exam results showed I was a capable student. Teachers’ lack of interest totally put my want of learning on the back burner. The apathy was contagious!
I sometimes felt that, being from a Council Estate, teachers’  snobbery was definitely there to see. There wasn’t the fear of the letter home there. My interest in school died. I started to skip school, miss homework deadlines. To be fair, I did get a few GCSE’s. But that was clearly more down to me than the teaching! I have always wished that I’d had the opportunity to stay at Eskdale until 6th form. I definitely know I’d have had a better level of education. I know from others that Whitby School was the death of their education too!
I know it’s a long time ago I was at Eskdale, but my education was second to none there and to me it proves that more choice should be available to every child, because I know Eskdale School would have been my choice.
I also feel all the second homes/holiday lets and industry have had a massive impact on the youth in this town. They have been robbed of any decent investment on the job front. Instead, the Councils seem to have had a blinkered outlook: tourism and only tourism. Low paid jobs and ever-rising house prices have led to the perfect storm of them leaving in droves.  Social housing being overlooked for private housing estates with a few token homes thrown in.
Why haven’t there been classes set up for work relating to the mine? (Please correct me if there has).
The town has had no investment in years and now the Governors/Councils are trying to take even more from the kids of now and future generations. All because they want to build more housing which is out of the reach of the standard local. Will the Councils not be happy until the last local leaves and turns the light out?
My heart truly bleeds.
Yours faithfully,
Maria Carson 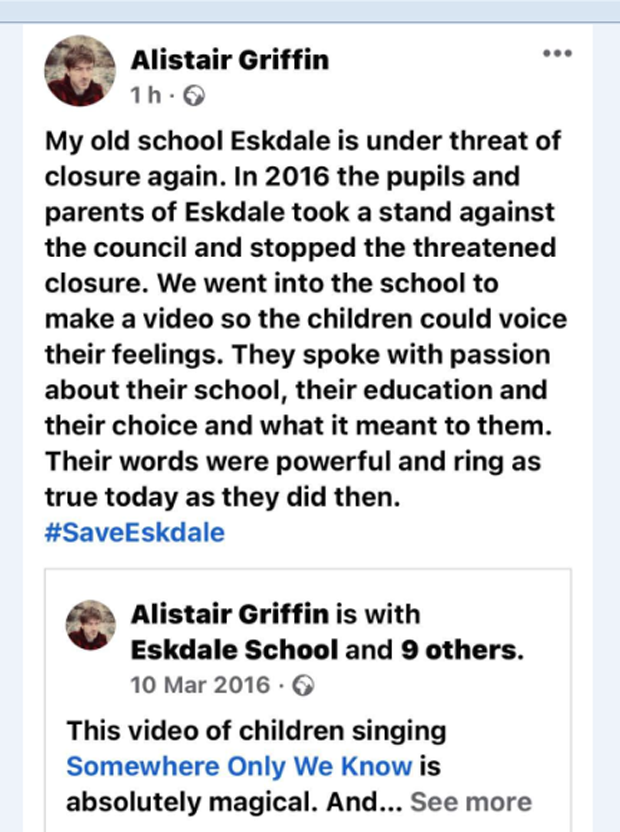