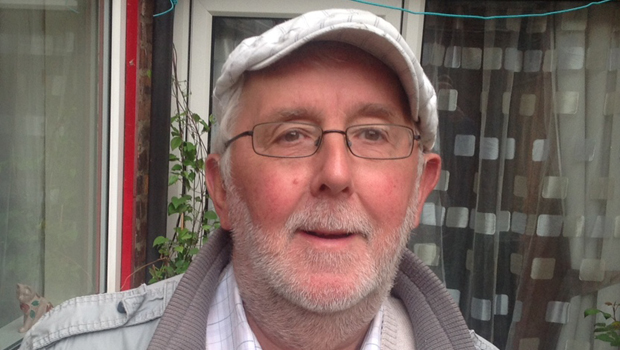 A Letter to the Editor from North Yorkshire County and Scarborough Borough Councillor Tony RANDERSON [Lab.], who writes, at a time when our local authorities fall under harder scrutiny the ever before, with the result that public trust and confidence has fallen to an all-time low, to state his position.

As one of our most active and diligent ward Councillors, holding frequent ‘surgeries’ and engaging with his electors openly on social media, Councillor RANDERSON has chosen the Enquirer as his preferred medium to state his position. Others will no doubt follow his lead.

Over many years, I have been called any one of these three – and many more besides!

For more than 40 years, I was extremely proud to have been a Trade Union Animal, Trade Union Agitator or Trade Union Activist. I have firmly believed there really should not be such a wide gap between “them that have”, and “them that don’t necessarily have”.

I fought for many years for employees’ rights at their respective workplaces – rights that this Tory Government have continually tried to undermine and erode. Just why is this the case? Well, very simply, they wish to stick to the Victorian principle that those of us who have to work for a living should still be calling them “Sir” and touching our forelocks.

Over those years as a Trade Union representative and negotiator, I was threatened with the “sack” more times than I could “shake a stick at”. I was viewed simply as the “enemy within”. This I didn’t mind. It showed that I was doing the job my workmates had duly elected me to undertake. I persevered with my stance of shouting out for my workmates for most, if not all, of my working life, because I was, and still am, convinced this was the correct cause of action, without fear or favour.

I became very active, both locally and nationally, with my Trade Union. Whilst employed on the “shop floor”, I was elected to both Regional and National Political Committees of Unite the Union, and kept these positions until I was selected for a Full Time Regional Officer’s post, representing some 7,000 members across Yorkshire and Humberside.

I took to this role like a duck to water and carried on serving the membership of my Union until I took early retirement some 5 years ago.

It came as somewhat of a surprise to me, a matter of three weeks after retiring, that I was contacted by the local Labour Party with a view to fighting for the Eastfield & Osgodby seat in the NYCC County Council Elections. I didn’t take long to make up my mind that going back into local politics was something I would relish. (I was elected as both a Borough and County Councillor back in the 1990’s, and remained in these positions until I became a Trade Union Official).

I was delighted to win this County Council seat for Labour and shortly afterwards, at a by-election, the Eastfield Scarborough Borough Council seat, too. During this time, I am pleased to say that I have made numerous friends in both Eastfield and Osgodby. I saw this role as a natural progression from Trade Union representation of members to being a Councillor representing his constituents.

Although a very long standing member of the Labour Party, I view myself as a Democratic Socialist. I believe in fair play for all and not just the privileged few.

I have to say that this, though it seems totally at odds with the current set up of the Cabinet at Scarborough Borough Council, and I remind readers that they are only there still as Cabinet Members by the skin of their respective teeth. These are the Councillors who, on a Vote of No Confidence in them, determined to vote for themselves “after taking legal advice”. What an absolute disgrace.

Irrespective of this so called “advice”, if the boot had been on the other foot, I personally would not even have been in the Council Chamber when this vote was taken. But then again, we are talking about the Tory Party here – with a couple of nominal “Independents” thrown in for good measure.

I felt the need to write this letter because of my frustrations in acting in the best interests of those I serve.

I have and will continue to fight “tooth and nail” for those residents who showed, and continue to show, faith in me. However, it has become increasingly difficult with certain Cabinet Members not being willing to answer direct questions. In some cases, I have suggested that a simple “yes” or “no” would suffice. (They are clearly taking a lead from Theresa May PM ).

The Cabinet have seemed determined to continue to rule with a “fist of iron”, irrespective of sound logical reasons against some extremely strange decisions, such as demolishing the Futurist Theatre without stage-by-stage exact costings and even without any contract from any developer to put anything in its place.

Indeed the Leader, in a recent interview, stated that the South Bay Traders Association were in favour of this iconic building being reduced to rubble. This was backed up in a television interview with the Chairman of that Association only yesterday evening. Mr John Senior indicated that his association was comfortable with the only proposal to develop it – by Flamingo Land!

I would really question the business sense of this Association. Would they themselves really enter into any risky financial undertaking without having the exact ramifications of such work on a stage-by-stage basis? I think not. However, they are quite prepared to risk the tax payers money of this Borough on this project of demolition.

I have tried to ascertain just how many South Bay Traders are members of this Association, which has been difficult. But I have gleaned that, on investigation, there seem to be more in favour of NOT demolishing the Futurist than are for it. This makes it even more interesting, but extremely disconcerting.

So the Leader of SBC is following the National Conservative line of ensuring “the few” are taken care of at the expense of “the many” who have extremely grave reservations of moving so hastily into a demolition scenario. Whereas, I personally am always looking to look after “the many” and not just “the few”.

A refusal to accept the then Council’s Planning Committee decision to allow for the development of the North Street Car Park, which would have had the effect of regenerating the Town Centre of Scarborough. The reason they over-ruled the then Planning Committee was because they (the Cabinet) could not possibly contemplate giving up on the Car Parking revenue – and this from a Cabinet who instigated the Park and Rides into town, to “deter our town centre from being blocked up with vehicles”.

Hmmm. Possibly some sense there, but I can’t find it.

In any case, they could have developed North Street and kept the car park. It’s not “rocket science”.

Other towns and cities have put a further development over car parks on stilts, and still kept the car park – but not SBC.

The Multi-Plex Cinema, now designated for the old Water Splash (or North Bay Pool) as it was, is contrary to good planning guidance. This cinema should have been in the Town Centre. Now where, I ask myself, would have been the best location. Maybe the last paragraph above would give you an indication . . .

HOUSING (or lack of it)

There are is apparently some 2,500 to 3,000 people in our Borough waiting to be housed.

What a very sad indictment that here, in the 21st-century, we have this many in our Borough waiting for a permanent roof over their heads.

This Borough is also sadly now recognised as the “Low Wage Capital of England” – if not the whole UK.

Food Banks are prevalent within the Borough, with even those in full-time employment having to utilise them, because of the very low wages generally in the Borough. Yet this Cabinet truly believe their own rhetoric that they are doing a good job for the residents of the Borough of Scarborough.

They will point to the Alpamare Centre on Burniston Road as a great success. Which is great for many tourists, but unfortunately is out of reach financially for many of those I represent.

Maybe in the fullness of time the prices will be regulated to suit all pockets rather than just “the few”.

The Cabinet also will argue that much is out of their control due to “outside influences” controlling the finances available, and I do offer them a very small degree of sympathy. But it is very minute.

This is down to the current out-of-touch, uncaring bunch of Tory Ministers in Westminster who have foisted upon us all these Austerity measures that just are not working. These are measures clearly supported by the SBC Cabinet, six of whom are card-carrying members of the Conservative Party. They can hardly blame central government as an excuse when at the same time supporting legislation coming out of Westminster that is, and will continue to be, so harmful to the poor, the vulnerable and the elderly, along with our children, whose education is suffering through these savage cuts.

I could go on and on, but just wanted to get this off my chest in order to demonstrate just how difficult it is at present being a Political Animal, Agitator or Activist in this Borough of Scarborough. This said, I will continue to “shout out”, both in the Town and County Halls, as and when I see unfairness towards those I represent.

There is, however a simple answer to improve significantly upon our lot, and although I am sure that there will be those that disagree with me it is this :

Be sure to make your vote count at the next local and national elections, whenever they are called.