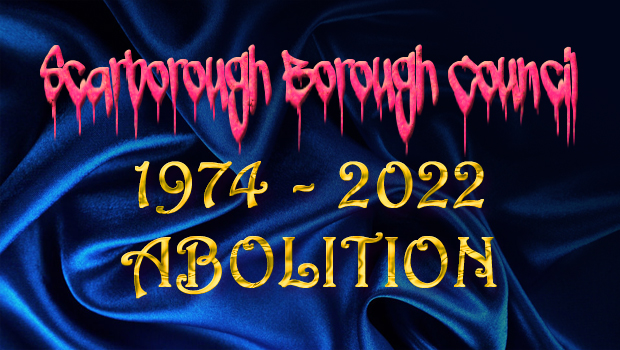 Scarborough Borough Council is to be abolished in a nationwide local government reorganisation. The news comes as no surprise to viewers of independent news sites such as UK Column who’ve been reporting of major changes and a repurposing of UK government at all levels for three months.

The race will now be on to be the last leader and mayor of Scarborough Borough Council.

The last residents of the Clown Hall will be fighting like rats in a sack to be the last name on the hallowed boards of the great and the crud that once included Scarborough’s celebrity paedophile ring; Savile and Jaconelli.

It is expected that some councillors will retire before the local government reorganisation so they can be awarded Honorary Aldermen status for their length of service and similarly get their name up in lights.

How will Scarborough’s Senior Officers fare in the race for a new job given their accounts haven’t been signed off for five years? With the reorganisation likely less than two years away it looks like they never will be signed off. With the record of poor service delivered to the people of the Borough will anyone offer them a job cleaning loos?