“A Sad Day for Freedom of Speech at ERYC” 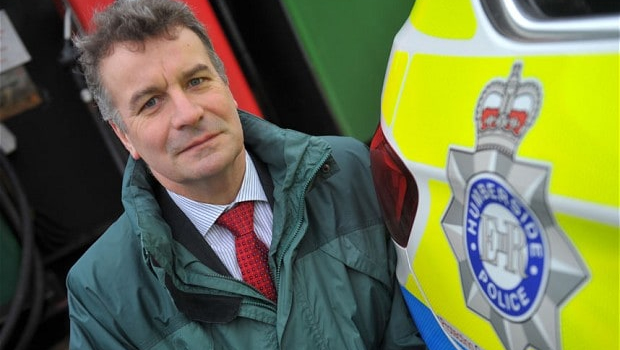 A Letter to the Editor from Paul ROBINSON – former Deputy Police & Crime Commissioner for Humberside and a former Conservative East Riding of Yorkshire Councillor.

Just How Bad Can It Get For ERYC Leader Councillor Steve Parnaby?

The East Riding of Yorkshire Council is being subjected to unprecedented levels of scrutiny, with serious allegations flying against the Council Leader (my old mate Councillor Steve Parnaby) and others . . . and the situation has no doubt been compounded this past week by the resignation of Nigel Leighton, one of the best Directors of Service the Council has ever had.

Interestingly, when I was an East Riding of Yorkshire Councillor I wrote the following on my blog back on Thursday, April 05, 2012 . . .

“A Sad Day for Freedom of Speech at ERYC”

Yesterday I could not support the proposals for a new Standards Regime being put forward by the East Riding of Yorkshire Council.

I certainly feel our present bureaucratic standards system is broken; it wastes time and costs a fortune, this money could be better spent elsewhere. So why replace it with something almost exactly the same?

I support the principles regarding standards in the Government’s Localism Bill, those concerning pecuniary and non-pecuniary interests and accordance with the Nolan report’s 7 ‘Principles of Public Life’: Selflessness, Integrity, Objectivity, Accountability, Openness, Honesty and Leadership. In other words I could support all those recommendations in the Council’s proposed new ‘Code of Conduct’ that dealt with probity and rooting out sleaze, and also those that dealt with interests, expenses, backhanders, cases of whiskey and brown envelopes, and bullying.

There is no mention of disrepute anywhere in those 7 Nolan Principles and I could not support the inclusion of ‘bringing our office or authority into disrepute’ into a new Code of Conduct, something that seeks to control and curtail free speech – and gives an opportunity for members of the public, fellow members and council officers to harass elected Councillors – and, be in no doubt this is exactly what it serves to do, I and many others know this from bitter personal experience.

This was our chance to come up with a system that was radical and modern, simple to understand, fair to all and significantly more difficult to abuse then the present system. The Council should have looked at the cost to the taxpayer and devised something that was more efficient and cheaper to run by rooting out vexatious and frivolous complaints at the beginning of the process. One simple way of doing this was to not include ‘bringing our office or authority into disrepute’, the basis of many complaints.

There is no mention of savings to the Council in the report presented yesterday; I assume therefore that there are no savings. So when this new regime is implemented how is it to be paid for – from savings elsewhere?

The other and most serious concern was the startling omission of a ‘right of appeal’ – this could not be, and for me killed the proposal stone dead.

A working group including of members of the present Standards Committee (including Labour and Independent Group leaders) and Cabinet members was set up to look at the existing regime and come up with something different, in my opinion there did not appear to be the radical and creative thinking to come up with something new. I questioned the composition of the working group and if they were not too close to the trees to see the wood? (I had even volunteered to be part of the group)

The questionnaire sent to all my fellow Councillors with the answers already filled in by the working group of elite members – would have done credit to the pre-Glasnost Soviet Union.

I said that I felt it smacked of being overly top down, and it is likely Parish and Town Councils will have the same impression when this is put this forward as an example for them to sign up to. What the ERYC is recommending is that if a Parish or Town Councillor is accused of breaking the ‘Code of Conduct’ they will appear before a panel of ERYC Councillors who will determine their fate – and they will have no right of appeal.

This is exactly why I stated we must have full consultation, the Parish and Town Councillors must buy into this and for them to do so they have to have a sense of ownership – not for them to feel they are being dictated to.

I felt the Code must reflect the 7 Nolan Principles of Public Life – nothing else, anything else is surplus and only included to unfairly restrict Elected Members right to freedom of speech, the right to challenge the Council’s officers and the executive, and to campaign on whatever cause or issue they choose. Unfortunately the new Code serves to do this.

I heard it said only last week from a member of the working group that if members didn’t misbehave they wouldn’t be subject to a complaint to the Standards Committee – unbelievable!

As many readers will know I’ve been subject to some 8 complaints over 4 years and yes one person has been behind most of them. I was bizarrely convicted on just one occasion – my crime ‘bringing my office and my authority into disrepute’ over allowing comments by others to be published on my blog. The overwhelming consensus is that I’d done nothing wrong – except speak out, speak up for, challenge, campaign and work for the people who elected me – Has all this affected how I’m viewed with the electorate? Yes, it certainly has – they voted for me in such numbers to top the poll in Howdenshire at the last election.

Needless to say only Cllr Matthew Grove, Cllr Mike Whitehead, Cllr John Whittle and I voted against the adoption of the new Standards Regime as proposed by the working group – a sad day for freedom of speech at County Hall.