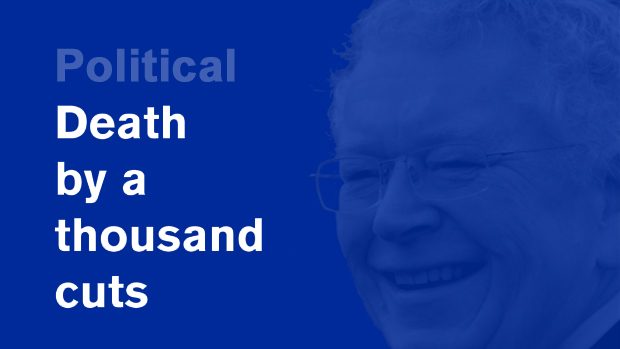 The following letter has been passed to me for submission to the Enquirer for publication. I am assured that the letter-writer, Mr Peter ROBINSON, has this morning delivered the letter to new ERYC Chief Executive Officer, Caroline LACEY, at County Hall, Beverley.

Coming so swiftly on the heels of the Open Letter to ERYC Leader Councillor Stephen PARNABY [Con.] by Councillor Andy STRANGEWAY [Ind.] (published on 16th April 2017), and in the light of incoming information, this latest manoeuvre must be seen as the next phase in an accelerating ‘death by a thousand cuts’ attempt to reform the central power structure at ERYC – from the top down.

This coincided with the following letter to East Riding of Yorkshire Councillors, attaching a copy of the above letter:

Having not yet met the new Chief Executive, Caroline Lacey, I am hesitant to criticise her, however it does appear that Cllr Parnaby has wasted no time in gathering up her strings.

It is unacceptable that after ten weeks, the questions in my original letter have not been addressed. Perhaps it is time for us all to re-read this letter of 7th February in order to remind ourselves of the extremely serious nature of these allegations.

Councillor Parnaby has found it easy to steer his team in the wrong direction but he knows very well that trying to stop me repeating the allegations would not be successful as they are accurate. An untrue allegation against anyone, particularly someone surrounded by a legal team, would elicit an irate response within hours, not months, and I have heard nothing.

Answers will be found, even if this requires legal action and this is the reason for my attached letter to Caroline Lacey.

For ease of reference, here follows the letter of 7th February 2017, mentioned in the above letter: