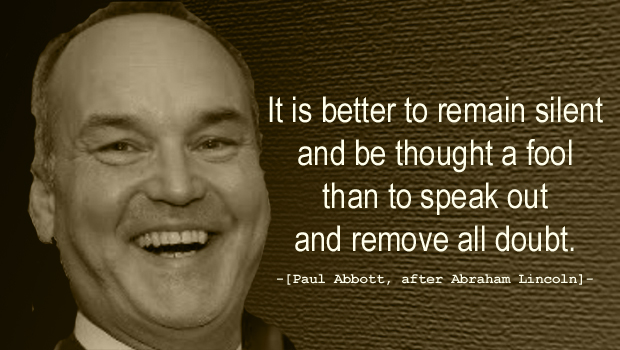 Back in June 2019, my friend and fellow campaigner Andy STRANGEWAY noticed critical shortcomings in the way East Riding of Yorkshire Council (ERYC) had enacted a Public Space Protection Order (PSPO) prohibiting the consumption of alcohol, with the result that the Council could not legally enforce payment of any Fixed Penalty Notices (FPNs) issued under the terms of the Order, due to the inadequacy of the signage: 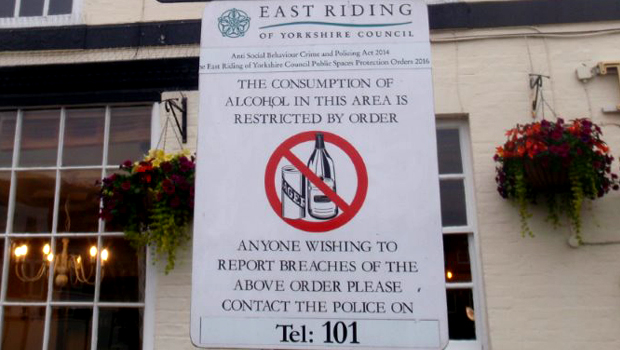 Regulations under the Anti-Social Behaviour, Crime & Police Act 2014 state that there should be sufficient signage in the area of the PSPO to draw attention to those using the area, setting out the effect of the Order. The Order must also be published on the Council’s website. The signage in the area does not necessarily need to set out all the provisions of the Order, but rather state where this information can be found.

Signage for the PSPO is displayed on the highway (the highway includes the road, footpath and grass verge).

As the signage is not permitted signage within the Traffic Signs Regulations & General Directions 2016 (TSRGD2016), no enforcement can take place. This is because the signs cannot be displayed on the highway, but sufficient signage must be displayed for all PSPOs.

The signs state “The consumption of alcohol in this area is restricted by order.”

The consumption of alcohol in the area is not “restricted”, it is prohibited.

As the signs do not reflect the Order, no enforcement can take place.

The purpose of the TSRGD2016 is to ensure that all signage on the highway delivers an unambiguous and speedily understood message for obvious reasons.

Thus, there may be reimbursements due. And there have been considerable associated costs in terms not only of  the erroneous signage and its erection, but also in terms of Officer and Councillor time and resources, researching and implementing the PSPO.

Thousand of pounds have been flushed down the tubes because of ERYC Officer incompetence.

As readers will readily imagine, Council Officers do not take kindly to being exposed as incompetent nincompoops.

Andy’s intervention must have elicited some concern at County Hall, Beverley, because on 10th July 2019, following a period of non-responsiveness, Mr Paul ABBOTT, ERYC’s Head of Housing Transportation & Public Protection, made a personal phone-call to Andy. (First contact calls from Heads of Department are rare; a nerve had been touched). Unfortunately, Andy was out at the time of the call, so Paul ABBOTT left a voice-mail in which he stated, amongst other bluster:

“A restriction is a prohibition”.

Andy STRANGEWAY wrote to Paul ABBOTT later that same day, in very helpful vein, explaining that there is a profound and crucial difference between a “Restriction” and a “Prohibition”, quoting from legal opinion:

“Prohibited and Restricted are used in reference to limitations and prevention. However, they cannot be used interchangeably as there is a distinct difference between them. Prohibited is used when we are talking about an impossibility. Restricted is used when we are talking about something that has specific conditions. The main difference between prohibited and restricted is that prohibited means something is formally forbidden by law or authority whereas restricted means something is put under control or limits.”

Readers who, like Paul ABBOTT, struggle to grasp this crucial distinction are invited to choose between having their ability to breathe (i) restricted, or (ii) prohibited.

Andy also took the matter to the Court of Public Opinion – he published the ‘story so far’ under the title “Trading Standards Head – A Restriction is a Prohibition”.

The net result of this was that Paul ABBOTT went to ground for the next 6 weeks.

At the end of August, Andy sent him a gentle reminder, which immediately elicited the following response:

Note the absence of any form of customary appellation (“Dear Andy”/”Dear Mr Strangeway”, etc) and no customary polite sign-off (“Yours sincerely”/”Kind regards”/”Kiss my ass”, etc). How rude.

Nevertheless, and irrespective of whether or not Paul ABBOTT looks in the mirror on a morning and sees “Grumpy of Pocklington”, the fact remains that “Restricted” is not “Prohibited” and the entire PSPO is a crock of ordure.

Naturally, Andy was not willing to accept Paul ABBOTT’s refusal to engage, so he took his case to the Appellate Court of Public Opinion, citing the famous precedent established by Abraham Lincoln and adapting it to the case in hand:

Addressing himself directly to Paul ABBOTT, Andy concluded his email:

Sure enough, Paul ABBOTT – a Paid Public Servant salaried at something approaching £100K per annum spoke out and removed all doubt – and now he has turned his hog out, as they say down there . But at least he has remembered his manners this time:

Thank you for your recent email. I note that you have chosen to publicly call me a fool. I do not find this to be constructive and cannot understand how you would believe that you will obtain a positive outcome to any enquiries using this approach.

The Council has a duty to protect its staff from unreasonable, abusive or offensive behaviour, and I consider your web page to be a clear example an unreasonable approach. I must advise you that should you persist in your behaviour I will consider it to be vexatious. If that happens I will issue instructions for staff not to deal with you by telephone, for all communications to be in writing, and for a single point of contact to be provided who will assess all communications received from you and determine if they merit a response.

I hope I do not have to take these steps, and that you will adopt a more constructive method of communications in future. I would request that you remove your last posting as a demonstration that you wish to have better relationships in future.

It is the familiar local government strain:

But the most priceless aspect of Paul ABBOTT’s snotty email is that Andy did not call him a fool at all – though one could hardly expect a nincompoop who cannot distinguish between a Restriction and a Prohibition to have realised that.

Why is it that overpaid, over-appointed, incompetent jobsworths can never, never hold up their hands and say:

I have a theory: They are too ashamed. And rightly so. Because it is precisely this culture of secrecy, cover-up and lock-down bunker mentality that has facilitated corruption and child abuse, both historically and in the present day. It has to stop.