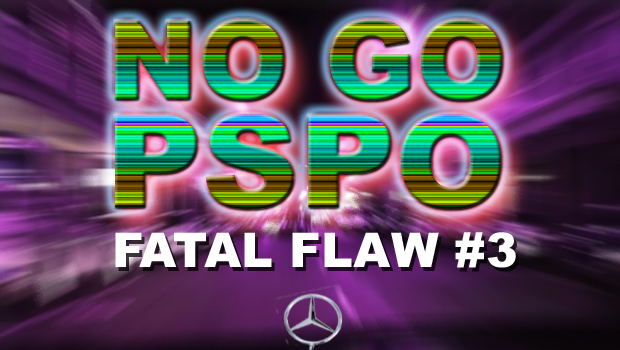 Guest Author ANDY STRANGEWAY piles on the agony. The SBC Car Cruising PSPO is unenforceable on several grounds (three so far and more to come) – which perhaps explains why no Fixed Penalty Notices (FPNs) have been issued. It is all down to the form of words. Rather obviously, no Council can enact a PSPO that prohibits a lawful act or a fundamental right.

Scarborough PSPO Denies The Right To Self Defence

Scarborough Borough Council (SBC) previously ignored evidence submitted in my complaint that the SBC Car Cruising PSPO restricts the public right of way over a highway in breach of the Anti-social Behaviour, Crime and Policing Act 2014 – 65 – 1 which confirms:

Now Lisa Dixon has finally acknowledged the evidence but is claiming that the PSPO is not restricting the public right of way over a highway.

“The PSPO does not restrict the public right of way over the highway, it allows enforcement action to be taken if a person is guilty of an offence under Part 2 of the order.”

I refer everyone to 1.15 of the SBC – Car Cruising PSPO which lists the “prohibited activities”:

1.15 The “Prohibited Activities” are:

(a) causing danger or risk of injury to road users (including pedestrians);
(b) causing damage or risk of damage to property;
(c) speeding or racing;
(d) performing stunts;
(e) sounding horns or playing music so as to cause a nuisance;
(f) using foul or abusive language;
(g) using threatening or intimidating behaviour; or
(h) causing obstruction (whether moving or stationary).

All eight are restricting the public right of way over the highway. Indeed, I refer SBC to a recent case highlighted by Humberside Police.

“We are warning drivers in our area of an incident that was reported to us in the early hours of this morning” (Monday 23 September).

A man reported that he was driving a VW Caddy along Old Road in Leconfield when he came across what looked like a road traffic collision.

A motorcyclist was laid in the road with another man looking after him. The driver stopped and opened his window to ask if he could assist at which point one of the men is alleged to have assaulted the driver and the other stole two mobile phones from within the van by opening the passenger door.

The driver drove quickly away from the scene and reported the incident to us. He has been left with a serious wound to his arm which needed hospital treatment.

Detective Inspector Andy Crawforth said, “We have launched investigation into this incident and are obtaining a statement from the victim to establish the full circumstances. I would like to appeal for witnesses to the incident or for anyone who saw anyone acting suspiciously in the area. The victim said that the men spoke with Liverpool accents and that he may have injured one as he drove away”.

The gentleman exercised his legal right to self-defence and undertook activities that are restricted by the SBC Car Cruising PSPO.

No PSPO should ever prevent the use of self-defence yet the SBC – Car Cruising PSPO does just that. The PSPO restricts lawful activities on a public right of way.

I request all SBC Group Leaders to ensure that this unlawful PSPO is revoked as it unlawfully restricts the public right of way over the highway.

Every British citizen has the right to self-defence including on a public right of way. This cannot and must not be prevented.