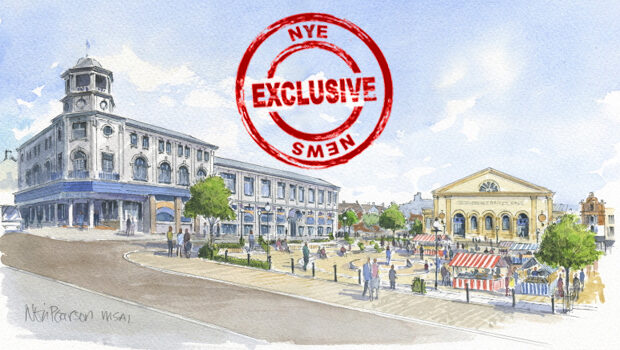 Hopefully, readers will forgive me for reproducing the following private document; far be it from me to disclose confidential information of a nature that may be ‘deemed’ to exert influence on the members of SBC’s Planning & Development Committee, scheduled to meet at 1:00pm Thurdsay 9th December 2021, to consider, amongst other matters, the Planning Applications for (i) the demolition and rebuilding (‘regeneration’) of the former ARGOS building to create a barrack-block, ostensibly for students and nurses, and (ii) a miniaturised Town Square.

Opposition to the ARGOS ‘regeneration’ project seems to be almost unanimous in Scarborough and around the Borough.

I can confirm that the ‘leaked’ letter – a potential ‘game-changer’ –  is addressed to SBC CEO Mr Mike GREENE, with copies to elected members.

Before reading the letter, readers may wish to consider the remarks made by SBC ‘Deputy’ Leader, Councillor Liz COLLING [Lab.] at Full Council on 4th November 2012,  and subsequently reported in the Scarborough News:

What Councillor COLLING did not say was that the Council is negotiating to sell the Customer First section of the Town Hall on St Nicholas St, along with the 60’s-build former Benefits Office (overlooking the former Futurist Theatre site), to Hilton Hotels for (you guessed) an ‘undisclosed’ sum – a sum, in fact, far greater than the cost of demolishing the former ARGOS building and adjacent buildings and creating the long-awaited and universally-desired Town Square.

Is there any reason, aside from bloody-mindedness, why part of the return from the Hilton Hotels deal could not finance the Town Square – a point well-made by Mr James CORRIGAN at the Castle Ward Tenants’ & Residents’ Association meeting on 23rd November 2021? (According to meeting attendees, this proposed Hylton deal was not denied on behalf of the Council by either Mr Marc COLE or Mr Alex RICHARDS).

With all that in mind, what the following letter sets out is an even better opportunity for the Council to satisfy the wishes and desires of the public AND assure the Council of a revenue return not merely for 10 years (as is the risk implicit in the break-clause of the deal with FutureLets, who supposedly will let the student/nurses accommodation), but IN PERPETUITY.

With an offer like this on the table, one might expect any reasonable and prudent Councillor to move for this offer to be considered in Full Council before any further stupidity is permitted to take place.