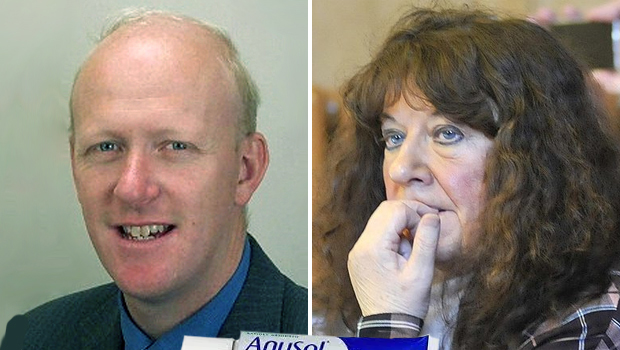 North Yorks Enquirer Harbours Correspondent ALLAN ROBERTS, whose forensic examinations of SBC Harbours procedures and practices is always scrupulously accurate, has identified yet another ‘irregularity’ in the background to the universally unpopular West Pier ‘regeneration’ project. Another case of flaying them alive with their own words.

I was alarmed to see a Report (available here) signed off by Mr Nick Edwards, our new CEO, recommending that Cabinet:

“Approve that a capital budget of £1.35m be established to undertake works to extend the life of the Pier, funded as follows: £900k from Scarborough Harbour Reserves, £150k from a capital budget previously earmarked for Scarborough Piers and £300k from the capital Infrastructure budget identified in the 2022 Financial Strategy.”

The funding is to provide Sheet Piling to stabilise the West Pier.

However, it was the recommendation to use the Scarborough Harbour Reserve funds that particularly caught my attention, as it was my understanding that the Harbour Reserves had already been allocated to the West Pier Regeneration match-funding contribution of £6.4m (against £5.1m of Town Deal funding).

It was on 25th February 2022, as I recall, that Cllr Colling informing Fred Normandale that the Harbour Reserve funds were already committed to bolster the Council’s match-funding contribution to the highly unpopular West Pier Regeneration Plan.

Readers can watch and listen to Cllr Colling make that commitment, at roughly 7 minutes into this video.

This extract taken from the minutes of the meeting also confirms Cllr Collings’ statement, thus:

‘Furthermore, the proposals set out in the Financial Strategy to be voted on today deliver upon the Council’s commitment. This includes: ·

£4m to support Towns Blueprint Projects, which the West Pier is at the very heart of the proposals (this will be subject to further Cabinet reports) ·

Returning to Nick Edwards’ Report, it is also stated:

‘These repair works can be carried out concurrently alongside the West Pier regeneration project as the projects are not related or dependent upon each other.’

That, I suggest, is nonsense, and, I further suggest, is why  the West Pier Regeneration Business Case, submitted to the Levelling-Up Dept for approval on 24th March 2022, and signed off by Nick Edwards himself, contains this reference to the state of the West Pier:

More significantly, Nick Edwards’ statement is also in contradiction of the advice provided to him by Martin Lloyd, SBC Principal Engineer, that:

“The inner harbour section will require strengthening before project can begin.”

This advice is contained within the following extract taken from the minutes of the Harbour Executive meeting dated  6th December 2021, and chaired by Nick Edwards himself:

West Pier plans are progressing, proposals are being developed. Plans for building one were discussed and a further round of consultation had recently taken place although not all tenants attended.

Discussions are ongoing with the tenants. Kelly Rose (Accountant) advised that current estimate is higher than original budget but benefits, efficiencies and invest to save options are being included to allow the plans to progress.

Martin Lloyd  principle engineer,  gave a brief overview of the integrity of the harbour infrastructure to accommodate the plans. The rounded piling is older but will not require renewal before start of project. Ground penetrating radar survey to take place. The inner harbour section will require strengthening before project can begin.

Martin Lloyd advised of other structures which also needing piling Lighthouse Pier at Scarborough and Eskside Wharf at Whitby.

Costs will depend upon level of works required, Kelly Rose to consider budgetary flexibility.

If no funding available could be significant impact on Harbour Reserves.

…the budget of £150K for sheet piling of the Lighthouse Pier, Scarborough ,will not be sufficient to remedy the issues, and could need approx. £462K.

It appears increasingly obvious that the (inconvenient) advice offered to Nick Edwards has subsequently been disregarded throughout the West Pier Regeneration consultation exercise.

It is also significant that the minutes of  the above-mentioned meeting were withheld from public gaze, for 9 months, before being finally released into the public domain, in Sept 2022.

The minutes were only released after I challenged the harbour Portfolio, Janet Jefferson, over her response to Councillor Abbot’s difficulty in locating Harbour Executive minutes:

‘With regard to the notes of the Harbour Executive, these were published on the Council’s website”

I also provided Cllr Jefferson this screenshot of the relevant part of the Council website, which proved her response to be incorrect: 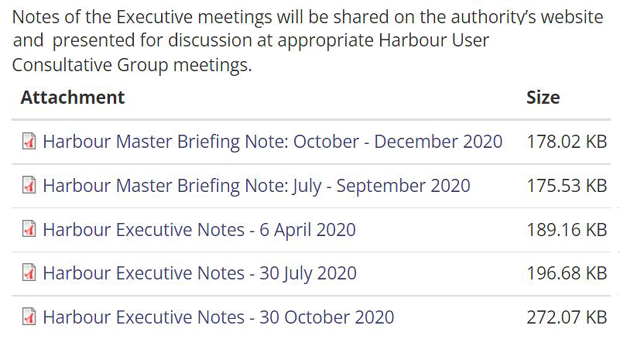 Incidently, I did not receive any reply, or even an acknowledgement, from Cllr Jefferson.

To return once again to the latest Report by Nick Edwards, I would draw readers’ attention to the fact that he proposes that the Borough Council should fully fund this Sheet Piling scheme at a cost estimate of £1.35m.

I profoundly disagree with Nick Edwards’ pedantic assertion the West Pier Regeneration Project and the Sheet Piling project are not related or dependent upon each other.

I contend that Nick Edwards’ cure for troublesome piles is a pain in the backside.