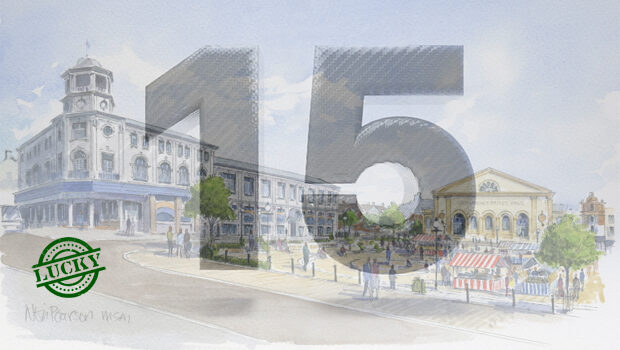 At the risk of repeating myself (see yesterday’s article, here), I would again draw readers’ attention to statements made by the ‘Deputy’ Leader of Scarborough Borough Council, Councillor Liz COLLING [Lab.], as reported in the Scarborough News:

I want to concentrate on that last sentence:

I take issue with Councillor COLLING on both aspects of this remark.

I will deal first with the matter of funding a Town Square.

To suggest that borrowing, whether from the Public Works Loan Board (PWLB) or any other source, is the only way to fund the creation of a Town Square is, at best, naïve  – and, at worst, disingenuous.

Funding streams exist which are ideally suited to projects of this kind, especially when they are demonstrably self-sustainable (a point to which I will return when I address Councillor COLLING’s references to “income” in the first half of the quoted passage).

2) A variation to the terms of the Towns Fund – a pot of some £20.2 million for Scarborough town alone (there is another £17.1 million for Whitby).

4) The Council is presently in advanced negotatiations to sell the Customer First property and the former offices overlooking Foreshore Road to Hilton Hotels.

One highly significant characteristic of all four (I could name more, but I want to keep it simple) is that they are all open to match funding and part funding. In other words, any one or any combination of these four funding sources can be included in such a high-profile public interest project.

Readers with a familarity with horse racing will know of a combination bet known as the “Lucky 15” which permutates four ‘selections’ in the following way: 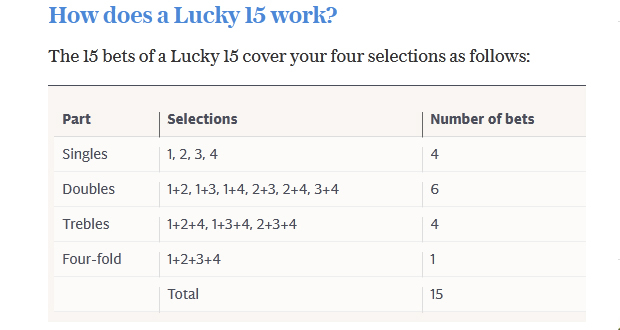 Thus, the above-named four-way funding sources can be constituted in any one of fifteen different ways:

With five funding streams, the permutations step up to thirty-one different scenarios (the Lucky 31, in racing parlance): 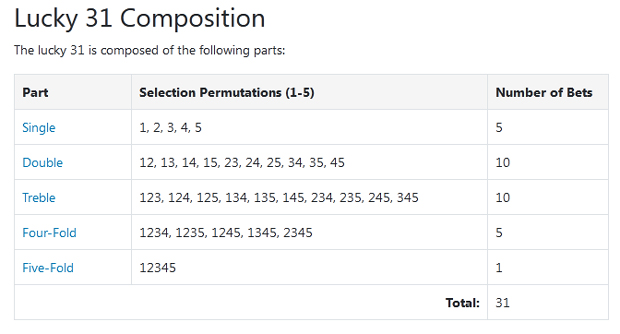 Is Councillor COLLING oblivious to these possibilities? Or is she just grasping for ways to ‘talk down’ what she must by now know everybody wants – with the exception, of course, the Officers and their number one puppet? 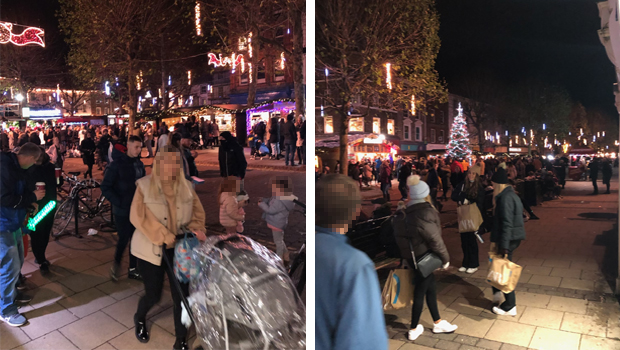 All of the above bring footfall (i.e. business) not only to the Square itself, but also to the adjacent businesses – including the Council’s own Market Hall (regenerated at a cost of £2.8 million under the previous administration). I believe the buzz-word is “vibrancy”.

I remember a current Cabinet Portfolio Holder telling me that the previous administration “knew the price of everything – and the value of nothing”.

I ask you now, Tony, what is the price of “vibrancy”? Is wealth to be measured only in pounds and pence in the ‘Better Borough’ you claim to be building? What about sense of community? What about civic pride?

I find it ironic that the Council, having called upon the expertise of Bill GRIMESY – the country’s leading advisor on the regeneration of town centres and author of The Grimesy Review – then proceeded to oppose Mr GRIMES advice on every point. This ARGOS ‘regeneration’ really is an idiot project and Bill GRIMESY must have his head in his hands:

The GRIMESY philosophy dictates that the key pointers to town centre regeneration are primarily embodied in the priniciple of aspiring to a ‘dream’ (isn’t a Town Square such a dream?) – the funding comes afterwards if, through good leadership, the support of the residents and businesses can be harnessed:

SIDDONS’ promise of a ‘new era’ of “openness and transparency” has turned out to be the very opposite – a parody of democratic governance.

Following yesterday’s article, I have received many expressions of surprise, from Councillors and members of the public, as to why the Council’s negotiations with Hilton Hotels has been played so close to the chest. (One ‘inside’ source tells me I have that wrong – that sale of the whole Town Hall, including Civic Reception, the Council Chamber and Committee Rooms, and the offices could end up in with the deal. And did anyone ever establish if the reputed price of £38 million for Pavilion House and the Comet building bore any resemblance to the truth?

Perhaps the present administration recalls the public backlash when the previous administration planned to ‘move’ the Town Hall out to the old Skipton Building Society premises at Eastfield in 2012.

This is all very reminscent of the scramble to rush the ARGOS ‘regeneration’ past Councillors in July 2019 – hidden from the public until NYE editor TIM THORNE published the ‘Top Secret’ Report.

Unfortunately, I am now in a position to draw attention to another surreptitious affair.

Readers will recall the Council’s support for the establishment of Scarborough Univeristy Technical College (UTC) under the auspices of Scarborough Business Ambassadors Ltd, some five or six years ago.

When Ms Jackie MATHERS, Associate Pro Vice-Chancellor at CU’s Scarborough campus, made a ‘guest appearance’ at Cabinet, she let slip something of note:

Namely, that Coventry University is hungry for the demise of the UTC with a view to taking over the building (another Wrenbridge development) as part of its plans to accommodate 5,000 students. This ‘5,000’ figure, by the way, has been deployed by Leader Councillor Steve SIDDONS [Lab.] in his efforts to convince members that there is sense in his flagship project.

Talking to a co-author of a 2018 CUSU report into the expansion potential of CU in Scarborough, I was unsurpised to learn that, without a substantial increase in footprint, 2,500 was a more realistic figure. One can see why CU might covet the UTC building.

The whole thing appears even more convoluted when one recalls that the Town Deal Board is well-populated by associates of the Scarborough Business Ambassadors.

There will be friction; there may be tears . . . the loss of vocational training in Scarborough would be a bitter pill indeed, especially if it came to pass under ‘the Party of the working man’.