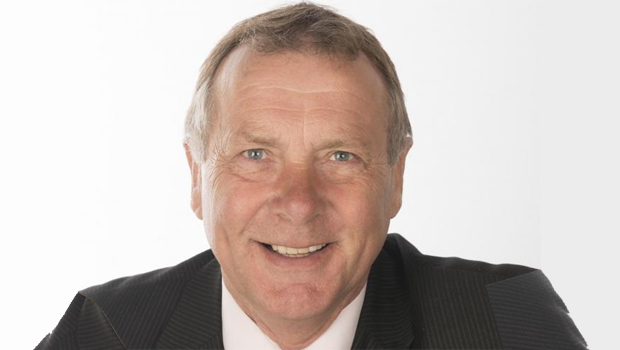 An Open Letter to the man presently being referred to as ‘The Once & Future Leader’ , Councillor Derek BASTIMAN [Con.] from the Enquirer’s Police & Crime correspondent, TIM HICKS – commenting on the ramifications of yet another ‘leak’.

Open Letter re: Interview Panel to select the Conservative candidate for the position of Police, Fire & Crime Commissioner for North Yorkshire

I hope this e mail finds you well and in good health. I enjoy writing to you and hope you do not mind me addressing you by your Christian name. I have been corresponding with you for so long that I feel I know you as an old friend, especially now we agree on some issues, most notably the disgraceful treatment of NYE correspondent Nigel Ward by SBC officers. (Article here here).

I am writing to thank you for North Yorkshire Conservative’s latest initiatives to provide the NYE with top quality material for our articles. I like to do this in the form of an open letter, so the electorate know what is going on and the concerns of some members of your party are aired in public. Hope you don’t mind.

Following on from the news that after multiple bullying allegations, Police, Fire and Crime Commissioner for North Yorkshire (PFCCNY) Julia Mulligan was rejected as the preferred candidate to represent the Conservative Party at the next election for the office of PFCCNY. Effectively de-selecting her. (NYE article here) Julia subsequently confirmed that she will not be running for re-election. It therefore came as no surprise to me that the Conservatives have convened a board of prominent conservative politicians to select her successor as the PFCCNY. According to this extract from a Conservative Party internal communication (passed to the NYE) concerning the selection panel that will choose the Conservative candidate for nomination for the position of Police, Fire & Crime Commissioner for North Yorkshire for the elections in May 2020:

I understand that the membership is not best pleased, given the history of one member of the prospective Panel. I am advised that moves are afoot to influence a change of personnel. I would be very interested in any comment you may have on this.

On a positive note, the news that Jane Kenyon-Miller has been rejuvenated and has returned to public life has electrified the NYE newsroom with optimism. As a result of her appointment, confidence abounds of a fresh series of stories that will provide excellent material for the NYE and Private Eye.

Jane’s appointment more than makes up for the loss of Councillor John “Hebo” Nock.

Whilst I am on the subject of “Hebo”, before I go any further, could I take this opportunity of thanking you for bringing him back into action. He is making a much needed come back at Whitby Town Council and has already started providing more excellent material for satirical articles in the NYE. (NYE articles Hebo and the fizzwits Hebo rides again Handbags at dawn)

You may be interested to know that I have been criticised by the NYE editor for my coverage of “Hebo” on the basis that he wants to run a serious internet news magazine doing cutting edge journalism, not comedy. But “Hebo” is just such a good story I can’t resist the occasional article, to remind the people of Whitby that one of their Town Councillors allegedly defended serial child rapist Conservative Mayor and Councillor Peter Jaconelli, on the basis that he was not a paedophile. According to remarks attributed to Councillor Nock, Peter Jaconelli was different to his co-rapist Jimmy Savile, because Jaconelli was only a hebephile who was participating in a redistribution of wealth scheme by giving poor children money to masturbate him. 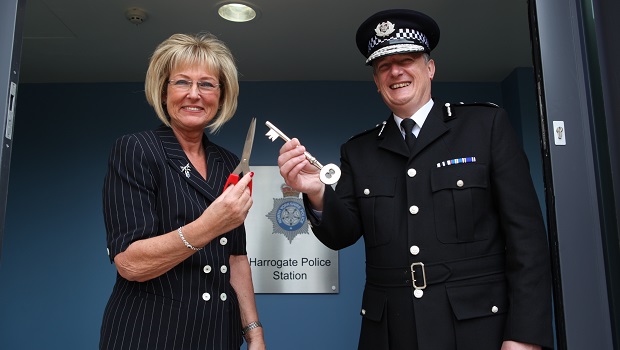 The then Councillor Jane Kenyon-Miller pictured in happier times with disgraced Chief Constable Grahame Maxwell, who was found guilty of gross misconduct. He also received thousands of pounds of “unlawful” allowances while Councillor Kenyon-Miller was Chair of the North Yorkshire Police Authority.

In my view the best of the above scandals occurred when Jane’s luckless Chief of Staff Jeremy Holderness lied about the legality of tax free slush fund payments to Chief officers that Julia Mulligan subsequently confirmed were in fact without any legal basis. Excellent articles by Jennifer Bell: here and Rob Waugh here.

Jane became a subject of ridicule because she would not publish an up to date photograph of herself on the SBC website, when she was an SBC Councillor. Please can you or Jane send a current photograph of her to accompany the publication of my letter in the NYE.

The current incumbent Julia Mulligan has also become a huge embarrassment over misconduct scandals, some of which have been covered by the NYE, local media and Private Eye. But to be fair to Julia Mulligan, she is a big improvement on Jane and did her best to resolve the issue of the £100,000 transferred to Chief Constable Maxwell and Chief Constable Briggs. She also very honestly admitted that the payments authorised by the North Yorkshire Police Authority had no legal basis. Julia also tried to reclaim the money from Maxwell and Briggs but unfortunately they refused to refund the money and funds could not be reclaimed through legal action, because of the costs and because the Police Authority records were inadequate. A failure that Jane as Chair of the Authority has some responsibility for.

It is obviously good news for the employees of the office of Police, Fire & Crime Commissioner that they will no longer have to put up with Julia’s dysfunctional management style. Her reign as Police, Fire & Commissioner has been marred by bullying of her staff, harassment of local community journalists to prevent legitimate criticism, failure to exercise financial control over Chief Police Officers, lack of clarity over spending and excessive expenditure on PR wonks in her headquarters. It is also good news for the people of North Yorkshire that as a result of the electoral process, Julia is paying the price for her failings and will be replaced. I believe this demonstrates the level of dissatisfaction with her performance by both her party colleagues and more importantly the electorate. The decision by your party to reject Julia Mulligan as a Conservative Party Candidate is obviously a pragmatic realisation that the public expect a high standard of personal conduct and competence from public figures and Julia’s behaviour does not meet the standard. I would respectfully suggest that neither does Jane’s.

It therefore seems to me wrong that a failed local Conservative politician, who was rejected by the electorate in May 2015 and has also been associated with controversies that led to her being rejected as the preferred Conservative Party candidate for Police (Fire) & CC in 2012. I think it would be far better if the correct moral tone was set and a person with Jane’s history was not involved. Her presence on the selection panel effectively sends a message that failures of financial control over police funds are acceptable.

Whilst she has an outstanding record of service to the Conservatives until she was rejected by the electors of Mayfield Ward, the fact remains that she was a failure as Chair of the Police Authority. She has also been out of politics for a long time and the pressures on policing now are very different to when she was the Chair of the Police Authority. I cannot believe that her experience is relevant, that she represents rank and file opinion within the Conservative Party or is a suitable representative for them. Hence, no doubt, the reason that a Conservative Party insider has leaked news of her appointment to the NYE.

I believe the people of North Yorkshire are sick of North Yorkshire Police financial misconduct that Jane came to represent and want a new broom. Jane Kenyon-Miller has no credibility and is obviously not committed to financial control. Consequently the concern must be that the successor you and Jane select will reflect her attitudes and failings. I do not therefore understand why North Yorkshire Tories have decided to resurrect her and wheel her out to participate in the selection of the new PFCCNY.

I would welcome any comment or feelings you, Councillor Phillips or Jane may have on my views and would be grateful if you would obtain them and forward them to me. As you will be aware, in North Yorkshire, the Conservatives are so strong and the turnout for the PFCC elections so low, that it is inevitable that the Conservative Party candidate will be elected. On this basis, please could I ask the various candidates you are considering to submit a statement about their candidacy to the NYE, specifying their experience and why they want to be PFCCNY to the media, so I can ask for them to be published and the selection process is more open.

I look forward to hearing from you in due course with an up to date photograph of Jane. Do take care and keep in touch.