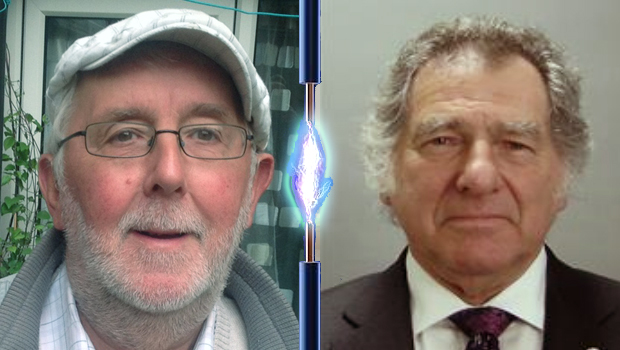 As is commonly known, Scarborough Borough Council can boast more leaks than a Full Welsh breakfast. In the coming weeks, I expect some startling revelations to grace the pages of the North Yorks Enquirer – and other satirical organs. For the moment, let us hone our appetites on a series of piquant hors d’oeuvres of the third kind. The new Leader has declare himself a passionate advocate of ‘transparency’ and it is my pleasure to assist him in this most laudable aspiration. In fact, I look forward to publishing my own correspondence with him just as soon as he evinces the courtesy (and openness) to provide a response; sooner, if necessary.

Taxpayers (including, of course, electors) of the Borough of Scarborough may be interested to examine the following ‘thread’ of email correspondence between their servants – in the blue corner, Mr John NOCK (formerly a Conservative SBC Councillor and Portfolio Holder for Legal & Governance, best known for his rather pithy exculpation of former Scarborough Councillor, Mayor and Alderman Peter JACONELLI, who, Mr NOCK avers, was not a paedophile at all) and, in the red corner, the new Portfolio Holder for Governance, Legal & Events, Councillor Tony RANDERSON [Lab.].

Mr NOCK considers himself to be a ‘wordsmith’, which is another way of saying that Mr NOCK thinks he is a clever bastard. He could be half right. It is not known what Councillor RANDERSON considers Mr NOCK to be, though readers familiar with Richard CRANIUM may venture to hazard a guess.

The grapes are vinegar sour in Toryland.

I am saddened to learn that the new administration is content to allow the irregularities in the Constitution to be corrected by Officers – i.e. those who made a pig’s ear of it in the first place. Personally, I would not trust them to draft a PSPO in accordance with statute. (More on this topic in due course).

Be it noted that, on this occasion, I have redacted the protagonists’ email addresses – because I can.

I recall you requesting some months ago that a mechanism be put in place to allow public questions and comment at council meetings. I also recall saying that this was a matter that the Governance Committee would consider with urgency. A sub committee was set up to look at the Constitution in general and this matter in particular but you said that you should chair it rather than I and this caused a slight delay to the proceedings. Since then and right up to May 1st I heard nothing.

The Constitution is rightly called a living document and may  be amended at any time to meet current attitudes and expectations, and you have now been in charge of the administration for a month with adequate time to put what are minor amendments in place.

Please would you be kind enough to advise how public question time works.  Does a question have to relate to the agenda;  can it be to a Cabinet Member, Committee Chairman, task group leader or an elected representative about other matters of concern to the interlocutor? Does notice have to be given?

I ask because even though the identities of the various committees not yet determined at last week’s Council meeting are still unknown, it seems likely that questions may sometimes be more advantageously put to any one of about half of the elected members and therefore  a clear indication of the procedure would be useful to have.

Thanking you in anticipation of your early reply,

I thank you profusely for your correspondence regarding the Constitution of Scarborough Borough Council.

For absolute clarity I must point out that I was quite clear leading up to the formation of this group that the Cabinet Member with responsibilities in this area should not be a member of this working group it was nothing at all about who should be chairman. That position was decided upon by the group when we all met together.

For this reason I shall no longer be a member of this group when it is reconvened. I have already suggested to our officers that it should be reconvened as soon as practicable, however Carol Rehill is [REDACTED] and much will now depend upon officer resources to undertake this task.

You will have been aware as the previous relevant Cabinet Member with responsibilities for Governance that a cross party working group was indeed set up to look into the councils constitution with a view of updating it as and where this was deemed to be required, this  working group met regularly up to the local elections taking place. I have clearly indicated to our officers that this working group should carry on where we left off with regard to completing this unfinished work, however with at least two new members to take the place of myself and ex-councillor Mark Vesey.

I find your comments that this new administration has had plenty of time to put minor amendments in a five week period quite disingenuous bearing in mind that during the last 20 years the Tory administration did little to make governance more accessible.

Because we are proposing changes to the whole system, now is not the time to tinker with parts of the constitution. It should form part of the overhaul.

You have had adequate time since the formation of the Constitution working group to put in place the two amendments that you were so desperate to impose and most of that time was before the election. Work should not stop because Carol Rehill is [REDACTED].  There is a locum deputy monitoring officer whose name is Wendy Trainor. She is more than adequately qualified to write the necessary document and may be found on the second floor. Your delay could be interpreted as a change of mind now that you and the Independents  are in control.

I note that your portfolio is Governance, Legal and Events. However, I am unable to determine the portfolios of the other members of Cabinet so please would you be kind enough to tell me what they are, or better still, publish the information.

The Leader said that the new committee structure would be announced in the autumn, although, to be fair, this could be in July with a bit more positive effort. Is it to be assumed that no business can be transacted until then as the statement said  that these committees would advise Cabinet. Therefore one may conclude that any decisions taken by Cabinet in the short term will be taken without being researched. I am told by people who dabble in it that social media is aghast at your inactivity. The side effect of this delay is that officers do not know with whom they will be working and even less idea of the objectives towards which they need to work.

A cause for concern here in Whitby is the appointment of a licensee as Chairman of the Licensing Committee.  You should be aware that there are suspicions that cronyism will play a big part in the Licensing function whilst you are in power.  I have been at licensing conferences where the Licensing Department at Scarborough   Borough Council was hailed as the best in the country. Please do not do anything to jeopardise that reputation.

We saw on several occasions during the last administration regular demonstrations  of  self righteous indignant grand standing. Suddenly you are in a position where you can put your ideologies in place, with, of course, significant help from the Independents. This is indeed an odd situation because as a party you only came third in the election, which is very different from your expectation. The labour/Independent coalition looks like a child in a toy shop; utterly bewildered with no idea where to start.

It was at about this time last year that the then leader of the opposition denigrated those who attended Mayor Making and stayed for the ensuing lunch, saying how wrong it was that elected members should be feasting at the public’s expense. This was accompanied by much nodding of heads.  You will recall, no doubt, that for at least three years no Labour members attended to see the new Mayor take office, and were no doubt whipped to stay away. I suppose that the whip was cracked with equal force this year to attend and enjoy the lunch provided by the largesse of the tax payer.

At a recent meeting of Whitby Town Council an elector complained that he had telephoned Cllr Stonehouse but was told that he was having his tea and that the elector should contact him the following day. This was a matter to do with anti social behaviour caused by drunks. The elector then contacted  Cllr Campbell who, I understand, made an appointment with the elector which he then failed to keep.  At the Town Council meeting Cllr Campbell said that the CIZ in Whitby had been lifted. He ought to be advised to pay more attention in training sessions.  He didn’t take too kindly to being corrected either.

I realise that some of the above comments should be addressed to the Leader but I presume he is busy either organising the committee structure or his next holiday.  Sadly I feel that you, as a governing group, have made an inauspicious start to your administration. Procrastination, hypocrisy and arrogance may be the changes that we will have to accept but they are not the changes we were promised.