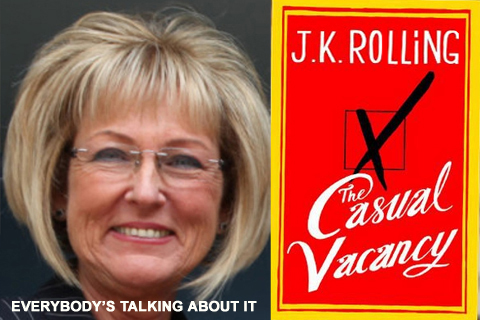 A Letter to the Editor by Richard Ineson in response  to the hilarious Jane Kenyon quote in last week’s Whitby Gazette article entitled “Crime concerns as cuts hit police”:

No thanks to County Councillor Jane Kenyon, Chair of the former NYPA and the NYPA Management Board, that it did so. The record of both of these management bodies as regards prudent management of the public purse and the proper management of the senior staff at North Yorkshire Police over the past decade was abysmal.

The Police Authority (NYPA) had a high-profile and standing. It supposedly monitored expenditure, (which presumably included salaries and allowances paid to the employees of the Authority, including its Chief Officers) against the Authority’s budget.

The actions of the NYPA were criticised by the Independent Police Complaints Commission, who said that:

But, strangely, only eight out of seventy two Councillors supported a motion criticising Grahame Maxwell for wasting tax payers’ money.

The most notable/outrageous/scandalous/disgraceful events in the recent past, which I can recall are:-

The squandering of £500,000 on providing Volvo V70 and Range Rover vehicles for senior police officers who were not qualified to drive these vehicles on police business.

The £28,000 shower installed in the office of then Chief Constable Della Canning.

Then there is the matter of Peta Ackerley, the wife of former a Police Superintendent (in charge of NYPA Police Force training) who received £400,000 from the Force in payments to her training companies, companies which, according to an audit report, “often got work without going through proper procurement procedures”.

Superintendent Ackerley escaped disciplinary action after his application to retire, after thirty years service, was resignation was accepted by Chief Constable Grahame Maxwell; on this point, Officers have the right to retire after thirty years, but where disciplinary charges are outstanding this right can be waived until the charges have been heard, in this case this was not done.

Phil Willis, M.P. for Harrogate & Knaresborough at the time, said,

Then there are the circumstances surrounding the early retirement of Assistant Chief Constable, David Collins. in July 2009, who earned a £100,000 salary, and who took sick leave in November 2008, claiming stress, and was still off work in June 2009, on half his salary.

On 4th June, he attended a University of York conference and handed out flyers to delegates to promote his own life-coaching consultancy service.

But, unfortunately for Mr Collins, one of the conference delegates was his former boss, North Yorkshire’s ex-Chief Constable Della Canning, who promptly reported him to the North Yorkshire Police Authority.

They duly investigated, and discovered Mr Collins was also offering mentoring services via the internet.

The 49-year-old was allowed to back up his business qualifications with training while he worked as a Police Officer, but he did not have permission to seek customers for his business.

Shortly after being discovered by Ms Canning, Mr Collins went on holiday. When he returned, he discovered that the Police Authority wanted to relieve him of his post.

Instead, Mr Collins, of Monk Fryston, near Selby, successfully applied for retirement. Because of this, he still received a six-figure sum for his 30 years of service.

There are other considerations here of course – if Mr.Collins was too sick to work, he was presumably claiming sickness/incapacity benefit, under the terms of which, the claimant is not allowed to do any work of any kind, perhaps the Dept. of Work and Pensions might have an interest in reclaiming any benefits which might have been paid in this case.

It has previously been revealed that the Independent Police Complaints Commission spent over £100,000 investigating claims that Grahame Maxwell and his deputy, Adam Briggs, unfairly helped relatives during a recruitment exercise for new Police Officers.

Two counts of misconduct were upheld against Mr Briggs, and he retired from the force.

But the main focus of the investigation and subsequent disciplinary action was Grahame Maxwell himself, with tens of thousands of pounds mounting up in legal costs after the Chief Constable initially challenged the charge of gross misconduct.

He only admitted the charge at the last minute, and was given a final written warning.

The full police authority costs for bringing the cases against Mr Maxwell and Mr Briggs were £218,456.

Around £19,000 was spent on inquiries involving both Officers – but the bulk was spent solely on the Chief Constable’s case.

If Mr Maxwell had admitted gross misconduct the previous October, most of the £200,000+ costs could have been avoided. It is understood it may still have cost around £20,000 to carry out the formalities of a hearing.

In addition, this is not necessarily the end of the money spent, as these figures do not include any money spent by the Force itself.

Had the Chief Constable admitted his guilt immediately, instead of at the very last minute, hundreds of thousands of pounds of taxpayers’ money could have been saved on legal costs.

It is deeply regrettable that during challenging economic times, the actions of the County’s leading Police Officer should have cost the Police Authority so much money. Whether it’s been the communities of North Yorkshire or Police Officers themselves, the people I’ve spoken to have been very clear.

They have been shocked by this situation and I think they will be even more surprised by these costs.”

The Police Authority said it had nothing to add to an earlier statement which said Mr Maxwell “could have avoided organisational and personal turmoil and unnecessary cost to the council tax payer” if he had admitted his guilt immediately.

Responding to a Freedom of Information request, the North Yorkshire Force said it had spent £1,171.00 on advice from legal counsel in relation to the inquiries into Mr Maxwell and Mr Briggs and also £1,763.88 on a public relations agency.

The enquiry/hearing was held in secret, at a secret location. Strange, then, that the North Yorkshire Police Authority Management Board proclaims that one of its aims is to ensure that NYPA operated in an ‘open and transparent manner’.

Then, of course, came the revelations about enormous sums of money spent on ‘personal development’ by Adam Briggs and Graham Maxwell.

NYPA Chief Executive Jeremy Holderness said the Allowances were designed to ensure its Chief Constable and his Deputy could “perform at the top of their game” and “develop into more senior rôles”.

He said such Allowances were generally beneficial and, calling the IPCC response “disproportionate”, he added:

This list of abuses of the public purse and the trust of the people, by NYPA and its senior management of the North Yorkshire Police, over several years, is not exhaustive, but illustrates the cavalier attitude of both to the misuse of public money and a failure to maintain public confidence in the integrity of the Police Force by failing to manage the activities of certain senior Police Officers in a proper manner.