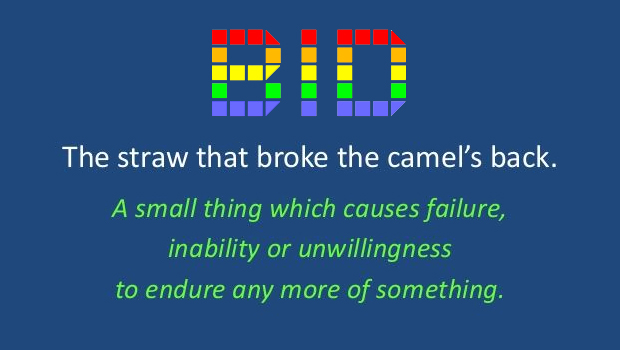 A Letter to the Editor from Roger PICKSTOCK of Scarborough, commenting on the Council’s borrow/spend philosophy and the furore surrounding the moral bankruptcy of the Yorkshire Coast DBID.

Having read the articles on the DBID initiative proposed by SBC, I felt it necessary to put pen (or keyboard) to paper (or screen).

As a ratepayer, I have concerns about how and why the council is spending money that it is always maintaining it hasn’t got; plus, the raising of funds by nefarious means which impact seriously on all ratepayers. The cash cow can only supply for so long before its tank runs dry.

I am increasingly perplexed and dismayed that any council who openly states that they want to support and nurture local businesses feel it necessary to punish those same businesses, who are probably already close to baseline profit, by lumping yet another pointless tax on them.

Councillors who vote for these punitive measures should perhaps walk through Scarborough Town centre sometime and observe the results of their ‘support’.

I think it is fairly obvious that a ‘carrot’ approach to attracting and maintaining small business has more long-term benefit. Low rates – or no rates – for 6 months is one way of doing this and a gradual increase as business builds.

The ‘stick’ approach (DBID) is both divisive and immoral and over a longer term would add nothing substantial to council coffers; in fact, it would drive more businesses to the wall.

We are continually regaled with “we are already strapped for cash”, so why then are they willing to spend £22 million that they haven’t got, along with the £9 million unsecured loan and the £4+ million Futurist demolition? Fiscal policy should not be based on ‘knee jerk’ reactions, but on considered and carefully formulated projects and particularly when other peoples’ money is at stake.

There needs to be a radical change in council thinking where money is concerned and the current change in the council dynamic (I can’t believe I used those two words together) doesn’t appear to have changed anything.