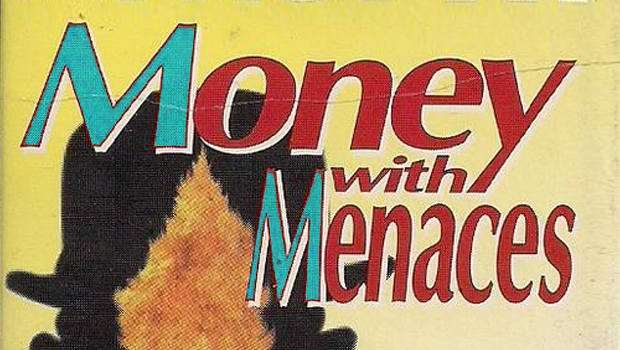 I write to you in the understanding that matters concerning the Yorkshire Coast Destination Business Improvement District (YCDBID) fall within your Portfolio. Of necessity, given the Council’s unlawful interception of my emails, and in the interests of openness and transparency, I write to you in the public domain.

Please accept my apologies if it is not the case that these matter fall within your remit. In such case, please forward this email to the appropriate recipient. Thank you.

The matter in hand is as follows:

Two Whitby business proprietors have reported to me that, in a meeting with two Scarborough Borough Councillors, the following assertion was made by one of those Councillors, in a public space, in the context of a detailed discussion of the YCDBID levy:

You will appreciate my discretion in redacting the name. Take your pick:

The business proprietors further assert that they hold overtly recorded evidence of the above statement and stand willing to provide it – not to me, I would hasten to add, as they are aware that this would constitute a serious breach of their obligations under GDPR – but to the proper authority, by whom (I can only speculate) they perhaps intend the Information Commissioner’s Office (ICO) and/or the North Yorkshire Police (NYP), rather than to either of the interested parties.

My concerns here are manifold.

Accepting, for the moment, that the substantive content of the two business proprietors’ report to me is veracious (and it would appear highly doubtful that it is anything other), then our consideration must turn first to whether or not Councillor C[REDACTED]‘s statement was factually true and correct.

We can set aside, for the moment, the ramifications of the possibility that Councillor C[REDACTED] was wittingly and deliberately propagating false information to a fellow Councillor, for purposes as yet unproven, but easily guessed. (I believe it may be necessary to return to this possibility, presently).

Tentatively acknowledging the eventuality, then, that Councillor C[REDACTED]] was propagating factually true and correct information to the Scarborough Borough Councillor first-mentioned, the implications are very serious indeed.

1) The statement itself is most extraordinary. It implies a policy of punishment of the generality of qualifying Whitby businesses and, indeed, the town at large, for the sins of those who refuse to pay the levy. Obviously, the Council cannot support such a manifestly unfair policy.

2) It is, perhaps, not quite so obvious that YCBID could not support such a policy, since it is the Directors who must determine whither monies are to be disbursed and their deliberations are reportedly as yet incomplete.

3) In either case, it would be totally contrary to natural justice and despicable in high degree.

4) It is not known – but, clearly, there is an urgent need for it to be known – how many other Whitby business proprietors have been provided with the same information? And to what end? The entirely reasonable construction can be placed on Councillor C[REDACTED]‘s statement that a thinly-veiled threat was being delivered: “Pay up – or you all get nowt!” Obviously, the Council cannot support such intimidation, nor be seen to. The Council must make this clear to the public by way of an open and transparent statement of assurances.

5) There then arises the question of from whom Councillor C[REDACTED] obtained the information – be it true or false.

6) If Councillor C[REDACTED]‘s information was obtained from within the Council, then from whom? On whose authority? Officer(s) or Councillor(s)?

7) If Councillor C[REDACTED]‘s information was obtained from within the YCDBID, then from whom? On whose authority? Officer(s) or Board Member(s)?

I felt it important to share with you these very grave concerns. I am sure you agree (and I seek your assurance) that they will be exhaustively investigated and appropriate action undertaken.

Naturally, I will be investigating further myself, with a view to making my findings known in a published article. I have the advantage of knowing the identities of all of the participants.

Returning now to the possibility that the first-mentioned Borough Councillor falsely attributed to Councillor C[REDACTED] the assertion, with its implied threat that “if Whitby businesses don’t pay up, then they won’t get any of the money spent up there.”

This would be disgraceful.

In my view – and I expect you will agree – such conduct goes far beyond the scope of our toothless Standards regime and deep into the territory in which any public servant, elected or paid, must give serious consideration to the tenability of her/his position.

I look forward to your speedy response.