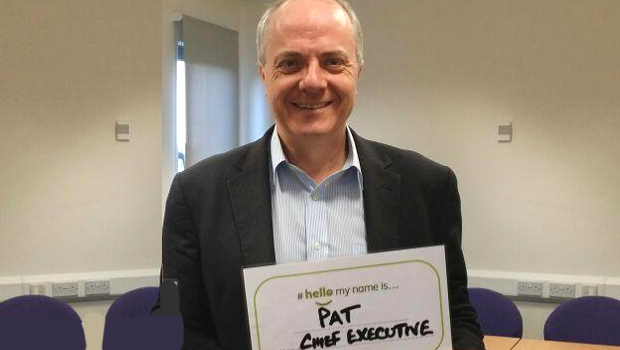 To recap; the thrust of the article was that certain members of the York Teaching Hospital NHS Foundation Trust Council of Governors had taken issue with claims made by Scarborough & Whitby MP Robert GOODWILL [Con.] in his election material, specifically:

Andrew BUTLER raised the matter of these claims with Mike PROCTOR, Deputy Chief Executive at York Teaching Hospital NHS Foundation Trust, who said that he had written to Robert GOODWILL MP about this because the second sentence was factually inaccurate:

(The appointment of Virgin Healthcare to take over Whitby Hospital was reported in the Whitby Gazette of 12th March 2015).

On the day preceding the publication of my article, I had lodged an FOIA request (11/06/15) for sight of Mike PROCTOR’s letter to Robert GOODWILL MP. After an exchange of 11 emails, on 2nd July 2015 I received the following information:

Note the extra datum: Neither Mike PROCTOR nor the Trust had written to Robert GOODWILL MP.

My original email has by now generated a ‘thread’ of twenty-five emails (!) in my attempts to get to the bottom of the deep well of transparency that we know as York Teaching Hospital NHS Foundation Trust.

That is some measure of transparency – NHS-style. 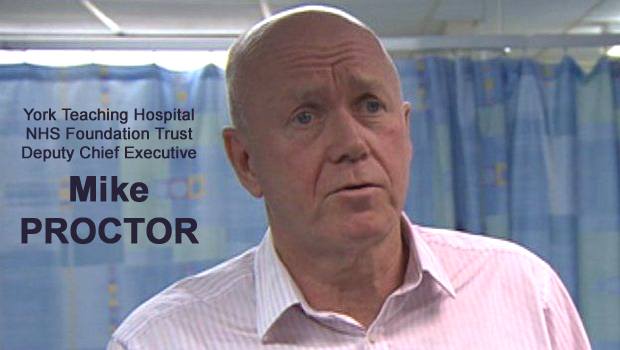 Why had Mike PROCTOR informed the Councils of Governors that he had written to Robert GOODWILL MP when, in fact, he had not done so?

It was not going to be easy to find out. On 15th June 2015, I was informed that Mike PROCTOR was on leave. Great timing, Mike.

“At the York Teaching Hospital NHS Foundation Trust Council of Governors’ meeting on 10 June 2015, Mike Proctor, in response to a question from a Governor, reported that a letter had been sent to Robert Goodwill MP regarding his election campaign literature. Mr Proctor made this statement in good faith, as he had been involved in discussions about how the Trust might respond to the campaign literature, and whether a letter should be sent to Mr Goodwill outlining the Trust’s concerns. The final decision made by the Chief Executive was that a letter should not be sent, however Mr Proctor was not aware of this at the time he spoke to the Council of Governors. Mr Proctor is sorry if he has misled the Governors, and will correct this information at the next Council of Governors’ meeting. Thank you for allowing us the opportunity to explain.”

[Read: “Thank you for allowing us the opportunity not to explain”]

So. Mike PROCTOR did not write to Robert GOODWILL MP.

When he told the Governors that he had done so, what he actually meant was that somebody had done so.

And he meant it “in good faith”.

The fact that he is sorry implies that he has since been approached for comment on how it is that he misled the Governors. Given that he thus appears to have returned from leave, it would have been befitting for him to provide his explanation to me. He has not done so – though I did copy him into my original FOIA request.

It would also be entirely befitting if the Trust had provided a copy of the letter that the Chief Executive decided not to send to Robert GOODWILL MP. You guessed; no copy forthcoming.

We must conclude that if Mike PROCTOR meant that somebody had written to Robert GOODWILL MP, he must have had good reason to genuinely believe that somebody had done so – for, if not, he could hardly be said to have acted “in good faith”. He is also said to be sorry if he has misled the Governors – which is just a little short of admitting that he actually did mislead the Governors, and a million-and-one miles from denying that they were indeed misled. Which they were. Apparently, he will “correct” his misinformation (no mention of a formal apology) at the next Council of Governors’ meeting.

But let us, for the moment, suspend our incredulity and give Mike PROCTOR the benefit of a positively Himalayan mountain of doubt.

In doing so, we must speculate that Mike PROCTOR genuinely did have such very good reason unquestioningly to believe the information that Robert GOODWILL MP had been sent a letter that he felt secure in his decision to tell the Governors that he himself had written to Robert GOODWILL MP – which he had not.

But somebody must have specifically stated to Mike PROCTOR that the letter was to be sent – or had already been sent – for how else could he maintain that what he told the Governors, he told “in good faith”?

But I have also learned that Robert GOODWILL MP had not, in fact, been written to at all – because the Chief Executive of the York Teaching Hospital NHS Foundation Trust had decided, apparently unilaterally, not to send the letter to Robert GOODWILL MP, but without communicating his decision to Mike PROCTOR.

Who is the Chief Executive?

One Patrick CROWLEY. He has been in the post for eight years.

The Deputy Chief Executive is Mike PROCTOR. He has held his post since 2005.

Patrick CROWLEY and Mike PROCTOR share a personal Assistant – Lisa GRAY. Communications between them could thus be expected to be excellent.

How, then, could Mike PROCTOR have been unaware that Patrick CROWLEY had unilaterally decided not to send the letter to the disingenuous Mr GOODWILL? Is he not paid to be aware of his superior’s decisions?

And why has it taken until email #22 in the ‘thread’ for me to learn (from Head of Communications Lucy BROWN) that:

I have extended my press-deadline so the Patrick CROWLEY has every opportunity to exercise his ‘right of reply’ on the matter.

I hope to learn why he desisted from challenging Robert GOODWILL MP – thereby appearing to condone Mr GOODWILL misinforming the electorate in his election leaflets. And I hope to obtain sight of the letter that he decided not to send.

Summing up, it could cautiously be mooted that:

Were one to express these bullet-points in a tabloid-style sensationalist headline, it might read something like this:

By comparison, the title I have chosen is positively benign.

It is not entirely clear to me why Patrick CROWLEY U-turned from the position Mike PROCTOR claims, post facto, to have understood him to have adopted, in the end having declined to turn the screw on Robert GOODWILL MP. (Perhaps Patrick is a closet Tory?).

Patrick CROWLEY has been given the (extended) opportunity to explain his position – and has not done so.

In my view, I have been dealing with some extraordinarily evasive ‘gate-keepers’ at the YTH NHS Foundation Trust.

This gives me little confidence in the prospect of receiving a transparent response to another public interest question that I have raised with Chief Executive Patrick CROWLEY – the by-now widespread rumour that the Virgin deal that Robert GOODWILL MP has touted as the salvation of Whitby Hospital is looking very shaky indeed, and may already have gone down the plug-hole.

So what price now Robert GOODWILL MP’s assertion that:

It is perhaps unfortunate that this controversy is playing out against the backdrop of a hard-fought %0.5 pay-rise recently awarded to our nurses:

“Nurse leaders accused the Government of “seriously warped priorities” after statistics revealed a rise of three per cent for thousands of senior administrators, compared with an increase of just 0.5 per cent for nurses.

The figures from the Health and Social Care Information Centre (HSCIC) disclose that last year, average earnings for senior managers reached £78,000, while nurses, midwives and health visitors received around £30,000.

But the passage that really catches the eye, further into the article, is this:

How those nurses, with their 0.5% increase, react to Patrick CROWLEY’s 18.2% increase (signed off by the non-executive directors) is not difficult to imagine; my guess would be with fierce resentment.

Their likely resentment must now be compounded by the news that a man on a public-purse salary of £195,000 per annum can now be interpreted as condoning Robert GOODWILL MP’s misleading of the electorate.

Compare and contrast this with the actions of Greg MUHOLLAND, LibDem MP for Leeds North West, who has managed to elicit an apology from Labour candidate Alex SOBEL over his misleading election leaflet.

I look forward – more in hope than confidence – to learning of a similar apology from Robert GOODWILL MP. 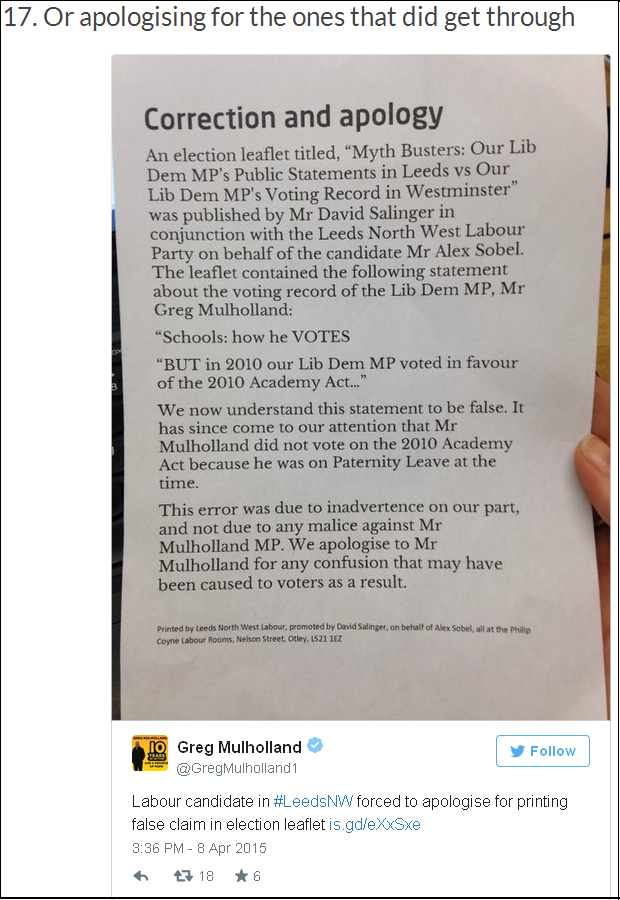