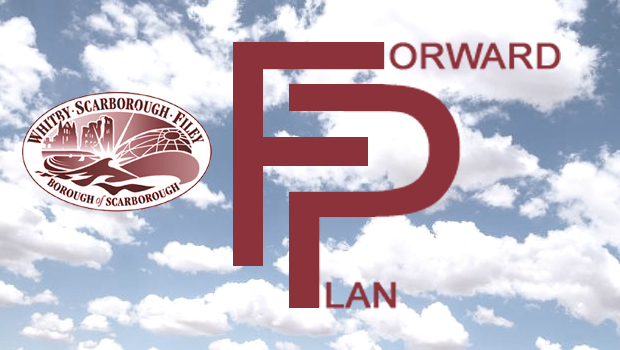 In confirmation of reports suggesting that the Scarborough Borough Council Forward Plan has been delayed for want of a signature (from the Portfolio Holder for Economy, Communities & Commercial Councillor Liz COLLING [Lab.], who has apparently been on holiday), Councillor Michelle Donohue-Moncrieff has written a Letter to the Editor of the North Yorks Enquirer to express concerns that the new Leader’s assurance of a long overdue move towards “openness and transparency” is proving slow to materialise.

I note that the new Leader of Scarborough Borough Council has made repeated statements that he wants more openness and transparency at the Council. Who could disagree with this noble objective?

Of course, as the saying goes, actions speak louder than words. The most basic instrument of openness and transparency a Council has is its Forward Plan.

Now to those not familiar with this document, let me explain its purpose. A Council must by law publish any key decisions it intends to be made by the Leader, Cabinet and Council. There also must be a 28 days notice period for any decision. The Forward Plan can cover controversial issues like the demolition of the Futurist or accepting of grants from outside bodies. Any decisions made with less than 28 days notice could subject to legal challenge.

SBC’s Cabinet publishes the Forward Plan showing which Portfolio Holder is responsible for bringing forward a report to Cabinet. It also provides an expected date that the decision will be made. This is a living document and as circumstances change the details are changed accordingly. The updates are published as part of the Cabinet agenda.

The scheduled meeting for May’s Cabinet was cancelled. No one including myself had any problem with this decision as the new administration was still getting to grips with its new responsibilities.

Strangely, there was no link to a document under the agenda item: Forward Plan. I had hoped this would materialise in the following days.

On Monday afternoon, less than 24 hours before the Cabinet’s maiden meeting, the Forward Plan was finally published.

For those of us not on Cabinet – and therefore not privy to internal discussions about upcoming decisions – the Forward Plan is an essential tool which we use to keep up to date to ensure we can ask the right questions at the right time. That is openness and transparency in action. Without it, we are reliant on rumours and leaks from the Council.

The Leader took office on 7th May and he announced his Cabinet on 13th May. I estimate that is 30 working days to produce a Forward Plan. So how are we in a position that a Cabinet that cancelled its first meeting took that length of time to produce this document to the public?

This has led to immense frustration and confusion among Councillors many of whom assumed the item on the agenda referring to Public Conveniences was referring the “review” the Leader mentioned in his media interviews after taking office. Perhaps some of that openness and transparency would have helped.

As Vice-Chairman of Scrutiny, I had to ask for the document as it is the first point of reference for our work programme. We shouldn’t have to keep asking for a document that is an essential tool in holding the Cabinet to account. This is both disappointing and disrespectful from a Cabinet that includes two former Chairs of Scrutiny.

There is a serious question for Cllr. Steve Siddons? As a Leader with a commitment to openness and transparency, why didn’t you drive the delivery of this document as it is the initial blueprint of the administration you lead? Is this how you intend to treat the new committee system you are proposing?

As Vice-Chairman of Scrutiny which holds the Cabinet to account, let me say that is this attitude is unacceptable whoever the Leader is.

When I said I wouldn’t give anyone a blank cheque – I meant it. Fine words won’t deliver openness and transparency. Actions will.