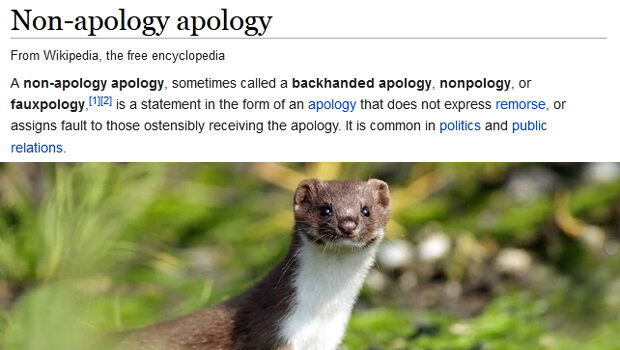 Following my comments on the meeting of the SBC Planning & Development Committee’s rejection of the Planning Application for the ‘regeneration’ of the former ARGOS building on Newborough in Scarborough, Councillor Paul RILEY [Ind.] has issued a private ‘apology’ to Councillor Heather PHILLIPS in respect of the offensive remark he made to her:

“be less of a bed-wetter”

I emphasise ‘private’ because Councillor RILEY’s ‘apology’, addressed directly to Councillor PHILLIPS and shared with all Councillors, has not been released into the public domain – which is where his insulting comment was uttered.

Such is the weasel-worded nature of Councillor RILEY’s ‘apology’ that I do not intend to reproduce the full text, selecting only the ‘book-ends’ of the first and last paragraphs so as not to distract from just how sanctimonious and insincere it is.

First of all, please may I apologise for any distress caused by my clumsy use of an unpleasant word during the debate at planning last week. The word was intended metaphorically rather than literally. However, it was disrespectful and I should not have used it.

Thereafter follows a three paragraph interlude of self-exculpatory waffle, no doubt intended to justify his digraceful conduct, followed by this final paragraph:

The political process involves making critical remarks about each other’s arguments and policies and, on occasion, alluding to inconsistencies.  Provided we refrain from personally abusive remarks, it should be possible to conduct debate in this way without triggering a complaint to the Standards Committee every time we say something mildly disagreeable to one another.
Regards,
Cllr Paul Riley
Hunmanby Ward

“Mildly disagreeable”? Some apology!
Councillor RILEY seems unaware of his blatant breach of his own proviso:
This is the very caveat that he himself so hypocritically disregarded. Or does he actually believe that publicly referring to Councillor PHILLIPS as a “bed-wetter” is not a “personally abusive remark”? Who can say? Where muddle-headedness prevails, anything is possible. 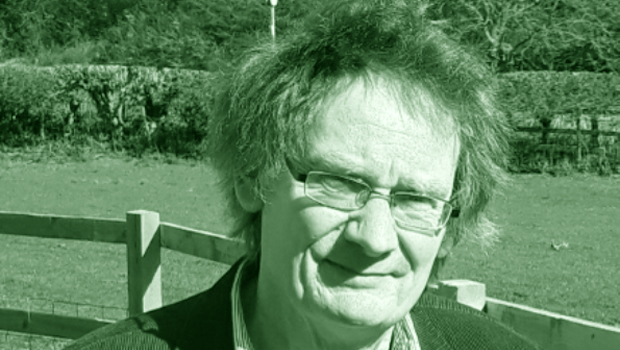 This apology for an apology might have carried some grain of sincerity if Councillor RILEY had admitted that his attack on Councillor PHILLIPS was motivated by his very personal support for his fellow Hunmanby member and close (very close) ‘friend’, Councillor Michelle DONOHUE-MONCRIEFF [Ind.], who has pursued a vendetta against Councillor PHILLIPS for no apparent reason, and been convicted for doing so  – her second conviction for a crime of violence.
Significantly, neither of these convictions sufficed to bring Councillor DONOHUE-MONCRIEFF before SBC’s Standards Committee.
In fairness (and I do strive to be fair), the likelihood is that Councillor RILEY would have preferred not apologise at all. I suspect (and many members will concur) that Councillor RILEY was urged to issue some sort of an apology by the Monitoring Officer, Mrs Lisa DIXON, who (with the aid of the ‘Invisible’ Person [beg pardon; I mean, of course, the so-called ‘Independent’ Person, whose identity is another of the Council’s best-kept secrets] has managed to prevent literally dozens of Councillor-against-Councillor Standards Complaints from being presented to the Standards Committee which, like all Council meetings, is open to the public, with Minutes available for public inspection).  In this way, a pretence can be maintained that all is sweetness and light in this toxic Council.
It is also noteworthy that the local news outlets have been unable to obtain confirmation from the Council that a motion of NO CONFIDENCE has been called against the Leader, for the specific purpose of calling a halt to this dreadful toxicity and the culture of secrecy which has allowed it to flourish.
Those Councillors who are unwilling to support the NO CONFIDENCE motion will thus label themselves supporters of abusive behaviour, bullying and threats, and complicit in the secrecy which has become a by-word for Scarborough Borough Council under the Leadership of Councillor Steve SIDDONS [Lab.].
All credit to the five Councillors who have taken a stand, leading by example in the face of the likelihood of further abuse and threats.