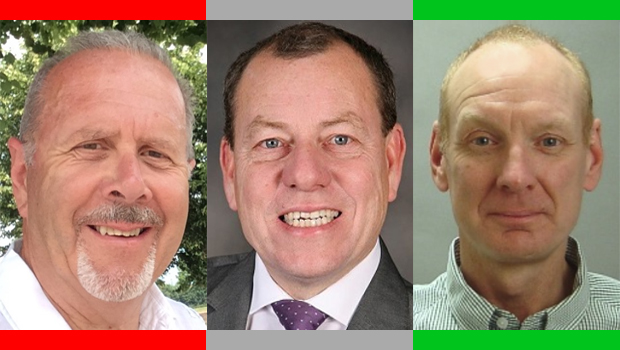 I address you in your respective rôles as Group Leaders of the Labour Group, the Independent Group and the Green Party Group at Scarborough Borough Council.

I address you here, in the public domain, because I have no confidence that my emails sent to each of you will have reached you, due to unlawful interception by the Deputy Monitoring Officer, Mr David P. KITSON.

“Reputation” is defined, in law, as:

Surely, no right-thinking individual could uphold the view that the public perception (i.e. “the reputation”) of Scarborough Borough Council has been enhanced by the Leader’s unsolicited and (I believe) unprecedented publication of a Press Release falsely announcing the death of a well-respected and popular member of the public.

Equally, no right-thinking individual could contend that the false announcement was without effect, or was neutral in its effect, on “the reputation” of the Council.

To deny that the Leader’s conduct in the present matter has had a profoundly negative effect on “the reputation” of Scarborough Borough Council would be to disregard the natural and ordinary meaning of the word “reputation”, in the English language.

It is self-evident to me that the Leader’s conduct amounted to an action which could only be characterised as “bringing the Council into disrepute” and, indeed, evidence of this negative effect on “the reputation” of the Council has been widely-manifested on social media and in casual conversations throughout the Borough.

People, quite rightly, are appalled.

One’s sympathies go out to the (now) deceased’s family and close connections.

In my view (though you may disagree; you may feel that the Leader is above the law?), the Leader’s action “could reasonably be regarded” as an infraction of the Code of Conduct for Members of Scarborough Borough Council, under Article 7, which states:

Articles 3, 4, 5 and 8 may also be engaged. I leave that to you own interpretations of the Code.

In the public interest, and in the interests of accountability and of attempting to restore “the reputation” of the Council, I now call upon you, as the respective Group Leaders of the Labour Group, the Independent Group and the Green Party Group to pursue a Formal Complaint against the Leader, Councillor Derek BASTIMAN [Con.] with immediate effect.

Further, in my view, the Leader’s announcement (which included the identification of a member of the public, by name, and disclosed his existential status) constituted a serious breach of the Data Protection Act 1998. I may be wrong.

Each of you is (or is required by law to be) a Registered Data Controller. I therefore rely upon you all to lodge a Formal Complaint against the Leader with the Information Commissioner’s Office.

Should any of you wish to respond to this Open Letter, in the public domain, I have obtained the assurance of the editor of the North Yorks Enquirer that your response(s) – if any – will be published, in due course. I urge you to confer with your respective Deputy Leaders.