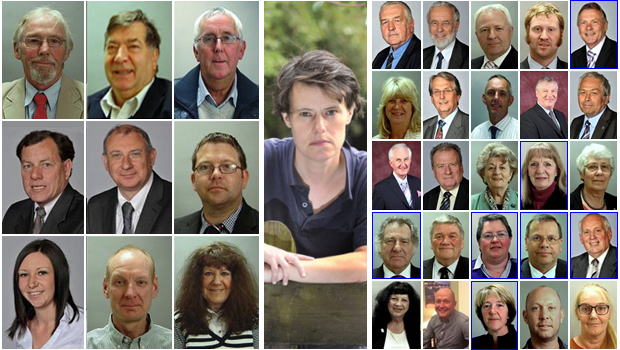 The objective is to establish the legal authority of CEO and Head of Paid Service Mr Jim DILLON to prohibit Councillor Michelle DONOHUE-MONCRIEFF [Ind.] from visiting Council premises – including the prohibition from attending meetings of Council or Committees, and from contacting SBC Officers – a prohibition which has been in place since the beginning of March.

It has also come to light that a growing number of Parish Councillors in the Parish Councils within Councillor DONOHUE-MONCRIEFF’ ward (Hertford), whose confidence in her remains at the highest level, are expressing the gravest concerns. One Council has written formally to Mr DILLON and is collectively far from satisfied with his ultra-lame response – namely, that Councillor DONOHUE-MONCRIEFF still has her i-Pad and can therefore still view Council documents, which should not, he opines, inhibit her effectiveness as a Councillor, despite the fact that he has blocked her input into the decision-making process.

Mr DILLON has further confirmed that Councillor DONOHUE-MONCRIEFF can now contact Officers – but only via him.

This seems to be a tacit admission that emails are still being illegally intercepted.

What a response. He should perhaps have taken some external legal advice. Or some bromide.

Given that the Council presently comprises 50 Councillors – 25 of whom are Tories, plus 2 independent Independents ‘in their pockets’ (so to say), thus ensuring a safe majority – it is probably the case that no Motions will be carried. Except, perhaps, for an ad hoc Motion to ban all nine of the named signatories from visiting Council premises, attending Council and Committee meetings and communicating with Council Officers via intercepted emails. Snort, snort.

Nevertheless, readers will be gratified to see – seven months ahead of local elections – that some Councillors do put principle ahead of party and perks. They should be roundly applauded – unlike Mr DILLON, who clearly imagines that he can do just as he pleases.

I quote from the Press Release:

“The fundamental democratic principle at stake is that it cannot be right that the voters’ choice can be nullified by the stroke of a bureaucrat’s pen.”

Hear, hear to that! 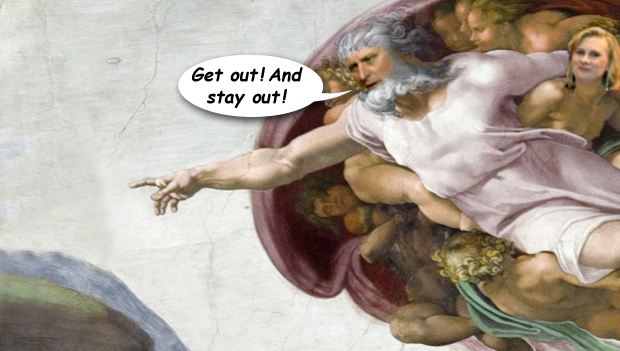