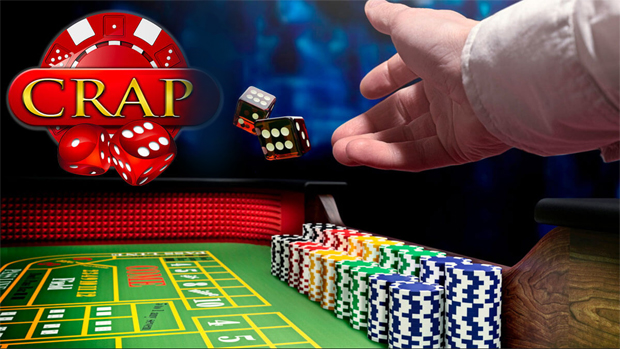 Since the 17th December 2019, when I first reported that a Requisition had been served calling for an Extraordinary Meeting of Scarborough Borough Council to consider a Motion of No Confidence in Leader Councillor Steve SIDDONS [Lab.], speculation has been rife as to the consequences.

In an article of 19th December, I sought to clarify some of the confusion arising from a misleading report that only two Groups had signed the Requisition – in fact, there were three – the Conservative Group, the Independent Group and the Cluster of Independent Members. I also set out ‘the numbers game’ – an analysis of the ways in which members are likely to vote on the motion.

I can now confirm that the Extraordinary Meeting will take place at 2:30pm on Friday 3rd January 2020. Setting aside possible absences due to prior engagements, illness or tactical abstention, it seems almost certain that the Motion will carry and Councillor SIDDONS will be defeated. The Motion reads:

However, it is also likely that an Amendment may be tabled, beefing up the Motion in such a way as to ensure that Councillor SIDDONS is not only censured but dismissed from office. Such an Amendment might read:

If any Amendment fails to carry, then Councillors will vote on the substantive motion, as lodged.

If the substantive Motion fails, Councillor SIDDONS will retain the Leadership of a deeply divided Council.

Looking ahead, if either the substantive Motion (or an Amendment as described above) is carried, then when Full Council convenes on Monday 6th January 2020, an additional Agenda Item will be included for the purpose of electing a new Leader.

This may or may not prove conclusive. If no new Leader is elected on 6th January 2020, CEO Mike GREENE will assume executive Leadership of the Council until such time (at the earliest reasonable opportunity) as a new Leader can be elected.

(Interesting that the official schedule makes the tacit assumption that Councillor SIDDONS will be out).

Feelings run high throughout the Borough on the subject of who will (or should) be the next Leader.

Examining the list of signatories of the Requisition may give a clue as to some of the likely Leadership contenders.

Of these five, only one from each Group (Councillors CHATT, PHILLIPS and CROSS) seems at all likely – although one must also include the possibility that Councillor SIDDONS’ present Deputy, Councillor Liz COLLING [Lab.Co-op], and the former Leader, Councillor Derek BASTIMAN [Con.], may also seek Nomination.

I concluded my article of 19th December with the question $64K Question: “Who’s next?”.

Each is faced with considerable difficulties:

Councillor Derek BASTIMAN [Con.] is by far the most experienced, having served as a Cabinet Portfolio Holder, Mayor and Leader. It is in the last of these roles that he has fallen from grace. He is widely regarded as the man who demolished the Futurist (though, in fact, it was Labour who set that unfortunate train in motion). He has served on North Yorkshire County Council. He has served on a number of outside and regional/national bodies including the Local Enterprise Partnership and the Local Government Association. He is undoubtedly a shrewd and able political operator (though whether that is a compliment or a criticism rather depends on one’s point of view) and certainly the most experienced candidate. His Group comprise 15 members and may well be able to count on the 3 members of the Cluster of Independent members, thus totalling 18, without recourse to the support of the 2 Greens, the 2 unaffiliated independents and/or the 1 UKIP member (which, in any case, could take him only to 23 – one short of a majority). But in numerical terms, at least, he has to be considered the front-runner – especially on the back of the massive Tory landslide of 12th December 2019.

Councillor Bill CHATT [CIM] has served for 20 years and held Portfolios throughout around half of them. He is, therefore, extremely experienced and carries no especially irksome ‘baggage’. He too has served on North Yorkshire County Council. But his Cluster of Independent Members is only 3 strong and would be utterly dependent on the consistent support at least 21 members of other Groups. A CHATT Leadership might appeal as being neutral and therefore conciliatory – but it would be far from robust.

Councillor Liz COLLING [Lab.] has served only four years and, as Deputy to Councillor SIDDONS, must take some of the flak for the perceived failure of the SIDDONS ‘Cabinet-lite’ approach to governance. She is unlikely to accrue support from the Independents or the CIMs, and Conservative support is presumably out of the question. In any case, Labour has been roundly rejected, nationally and locally (Scarborough & Whitby Labour candidate Hugo FEARNLEY was trounced by Robert GOODWILL MP, who trebled his majority). There is also considerable antipathy to Labour here in this predominantly ‘Leave’ Borough on account of Corbyn equivocation over the Brexit issue.

Councillor Sam CROSS [Ind.] is another long-serving Councillor, a former Mayor of Filey Town Council and a staunch ‘Leave’ supporter both with the Independents and with UKIP. Of the five likely candidates, Councillor CROSS is probably the most in tune with the wider electorate. He, too, has served as a North Yorkshire County Councillor. However, he has never before held a Cabinet Portfolio. And there would be something decidedly perverse about the Leader of only the third best-supported Group taking outright control of the Council. Independents 10 -v- 36  The Rest of the Council is not an ideal recipe for an effective Leadership. Councillor CROSS would need trustworthy support – and, as a signatory of the No Confidence Motion, he is unlikely to receive it from Labour.

Councillor Heather PHILLIPS [Con.], though able, simply cannot match the experience of her Group Leader, Councillor BASTIMAN. It is difficult to imagine her (at this stage, anyway) commanding the unanimous support of the Conservative group, much less such a wildly disparate Council.

It is fruitless to suggest ‘None of the Above’; in the absence of former Councillors Tom FOX [Con.] and Norman MURPHY [Ind.], there are no other credible candidates. And this is not the time for ‘dog-in-a-manger’ politics.

In short, the only plausible contenders – Cllrs BASTIMAN, CHATT and CROSS – all appear to be unable to attract sufficient support to provide stable Leadership going forward, without cutting a cast-iron deal – and it would need to be cast-iron to avoid being as fragile as the Labour/Independent alliance that has just (so predictably) gone down the tubes.

But what kind of a deal could that be? How could the Nominee of any of the political Groups rely on the sustained support of a normally opposing Group? As readers may recall, I have been playing ‘Fantasy Leader’ and ‘Fantasy Cabinet’ for some time now and I see no viable solution.

But a solution there must be; the Council cannot continue indefinitiely in a state of rudderlessness. So I decided to take matter into my own hands.

On Christmas Eve morning, I ‘convened’ a casual Group Leaders meeting, in Whitby, for the purpose of metaphorically banging a few heads together. 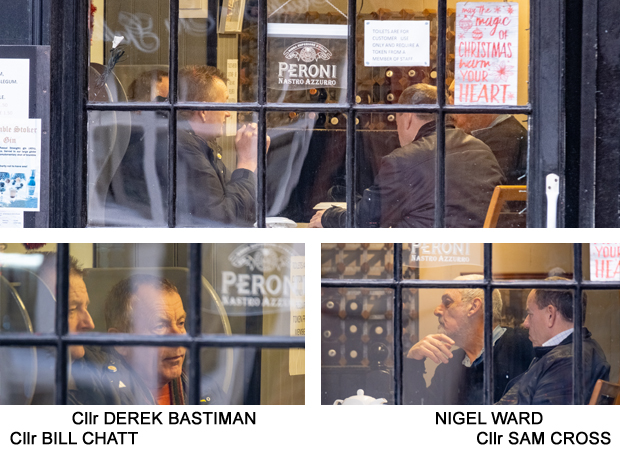 I am grateful to all three for accepting the invitation.

I am sure that my suggested solution will not be welcomed by all; so be it. There are some who will never be happy . . .

Nevertheless, at present it is the only game in town.

I have asked Councillors BASTIMAN and CROSS to form a ‘Joint Leader and Cabinet’ alliance, with each Co-Leader picking equal numbers of Portfolio Holders to form a Cabinet of mutual co-operation, constrained by the checks and balances inherent in an equal-shares partnership. (Any necessary ‘tweak’ to the Constitution to accommodate a Joint-Leadership is only a motion away).

As Councillor CHATT observed, this puts them in a classic M.A.D. position – ‘Mutual Assured Destruction’.

We parted on an ‘in principle’ agreement (and, in politics, an ‘in principle’ agreement is seldom worth the paper on which it is not written), fully supported by Councillor CHATT, and I sincerely hope that when the Group Leaders put it to their rank-and-file membership, there will be general recognition that, whilst this is never going to be a solution joyfully embraced by all, it may be the only game in town. The alternative is chaos . . .

Winding back for a moment to 1st May 2019 – the day before local elections day – I leave you with following thoughts:

Let them all now rejoice – and get to work.

Do not let me down, Councillors. Time to put egos (and grudges) aside, in service of those you represent. It is the only game in town.