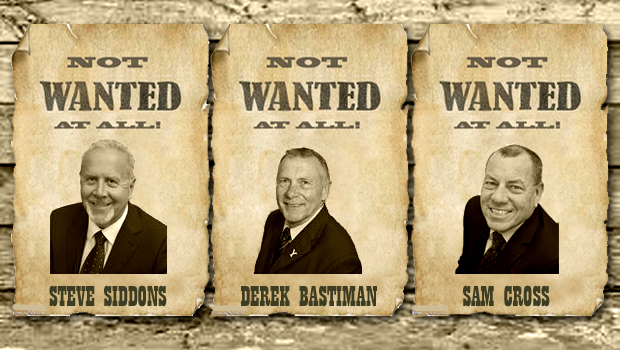 Only days after I left the SBC Independent Group, it was with some bemusement I read that Robert Goodwill in his acceptance speech warned Independents on Scarborough Borough Council regarding their support of the Labour-led administration.

The subsequent No Confidence motion in Council Leader Steve Siddons may well be related to the General Election result. As readers of the North Yorks Enquirer already know, I have being raising concerns about the role of the Independent Group for sometime and the implications of the mandate given to us by the electorate in May.

Perhaps Robert Goodwill is unaware that it was Conservative Councillors who elected Cllr. Siddons Leader of the Council. So, I believe his comments should have been directed at his colleagues in the Scarborough & Whitby Conservative Association who are now salivating at the prospect of a return to power, courtesy of Cllr. Cross and his Independent Group.

More importantly, a vote for Boris should not be confused with a vote for Bastiman or the SBC Conservatives.

The general election was about Brexit and the defence of democracy. Had this election been fought on the record of nine years of Conservative Government in which Robert Goodwill served without distinction, a sensible Labour Leader would have triumphed.

The idea that voters went into polling booths across the Borough of Scarborough to vote Conservative in a desperate plea for the return of Cllr. Bastiman and his disastrous administration is pure fantasy. I would suggest it  was the very opposite.

Over the years, I have met many lifelong Conservative voters who were dismayed at the way their party behaved on Scarborough Borough Council. In particular, the Bastiman years which were epitomised by a soulless approach which knew the price of everything and the value of nothing. They treated democracy like a quadrennial nuisance to be dealt with so they could continue on in power. No matter what they did, it was assumed that Conservative voters would dutifully vote for them. I have seen for myself that those days are in the past.

Therein lies the central dilemma for many Councillors considering how to vote on the No Confidence in Cllr. Siddons motion.

This vote is not just about the current Leader, who has tested my patience to the limit, but the Councillor who would potentially replace him. Any future administration involving Cllr. Bastiman or his lieutenants would be seen as a huge step backwards. Worse still, it would be a betrayal of the trust of voters in places like Hunmanby who placed their trust in Councillors like me over the Conservative alternative.

So as Councillors get ready to tuck into their Christmas dinners they should bear in mind a simple truth.