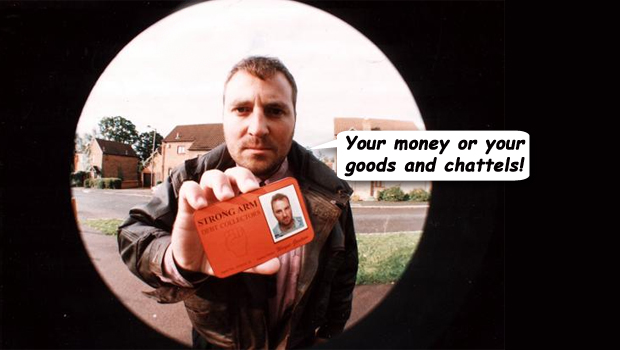 On Monday 7th December 2015, the Royal Automobile Club (RAC) published a report on Council parking revenue throughout the UK.

Steve GOODING, Director of the RAC Foundation, has been quoted in the national and regional press as stating:

In simple terms, revenue from parking fines and permits is by law limited to recovering the costs of managing the parking restrictions. The law prohibits the use of this money for any other purpose.

The RAC report shows that the North Yorkshire Boroughs of Scarborough and Harrogate (in particular) have succumbed to the temptation to use parking fines and permits as a revenue stream, with SBC posting a profit (beyond running costs) of £3.5 million, while HBC has clocked up £2.1 million. These profits are almost certainly unlawful – which is another way of saying that motorists are being robbed.

This will come as no surprise to readers of my article earlier in the year:

More recently, readers of the Enquirer have been responding to a series of articles addressing catastrophic errors in the implementation of parking regulations across North and East Yorkshire:

But what the RAC report fails to expose is the magnitude of the sheer incompetence displayed by some of our local Councils.

Many of these errors relate to signage, which is prescribed in millimetre-accurate detail under the terms of the Traffic Signs Regulations & General Directions 2002 (TSRGD), which, in due course, is to be superseded by the 2015 version (subject to consultation).

Meanwhile, it is clear that, in our region alone, a very significant proportion of the £14.5M profits may well have been extorted unlawfully.

At this point, it is salutary to remember the catastrophic (for the City of York Council) consequences of the Lendal Bridge fiasco – covered extensively in the Enquirer here.

The City of York Council website has been recording the number of refunds made against unlawful PCNs on its web-site here.

So the questions before us now are:

(1) Of the fourteen-and-a-half million pounds profit made by Councils in our region last year alone, how much will have to be refunded on grounds of having been unlawfully collected in the first place?

Sounds like a monumental saga of highway robbery to me. Especially when one considers the tactics employed by the Councils to part motorists from their hard-earned cash – intimidating letters, flakey ‘Summonses’ and the threat of home-made ‘Liability Orders’ ostensibly empowering ‘bailiffs’ to harangue them on their own doorsteps, crying “”Your money or your goods and chattels!”.

Councils are exacting more in penalties than the law allows, then enforcing payment by usurping the authority of the Magistrates.

But there is an avenue of redress; Tim THORNE has provided template letters/emails to assist wronged motorists in requesting refunds. Follow the links to his articles near the top of the page.

In the past five years, Scarborough Borough Council alone has relieved motorists of almost seventeen million pounds. Over the entire period of the TSRGD implementation, it must be in the order of over thirty million pounds. Much of it – certainly in the case of Controlled Parking Zones (CPZs) – has been collected on an unlawful basis – arguably, a fraudulent basis. Sadly, many motorists will write their losses off to experience – rather than raise their heads above the parapet.

Even the Scarborough News has covered SBC as a special case. Public comments on their article are unanimous in their heavily critical appraisal of the Council’s policy.

But if Lendal Bridge is anything to go by, many will now be calling for refunds. More power to them. Some will be calling for sanctions against the Council Officers who stand responsible for some monumental cock-ups. That is what ‘accountability’ demands. Try and get it.

Here is the RAC report: