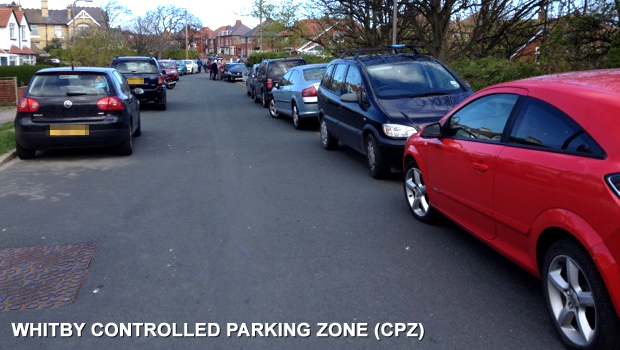 A quick look around Whitby’s Controlled Parking Zones (CPZs) yields a few clues the local authority that implemented it has taken note of previous implementation problems and has smartened up its act.

It is my belief that anyone who has paid out for a Residential Parking Permit or has paid a PCN for ‘Parked in a disc parking place without clearly displaying a valid disc‘ in Scarborough or Whitby is due a refund as the local authority has not implemented the signage in the Controlled Parking Zones correctly.

I’ve had a couple of emails asking if I could explain exactly how the authority got it so wrong.

This is a TSRGD 2002 663 Sign. It should appear at the start of every CPZ, one each side of the road. The lettering can be varied from ‘Controlled‘ to ‘Meter‘, ‘Disc‘, ‘Ticket‘, ‘Disc and Meter‘, ‘Ticket and Meter‘ or ‘Pay and Display‘. If there is no 663 signs at any one of the zone entrances, the CPZ is invalid. 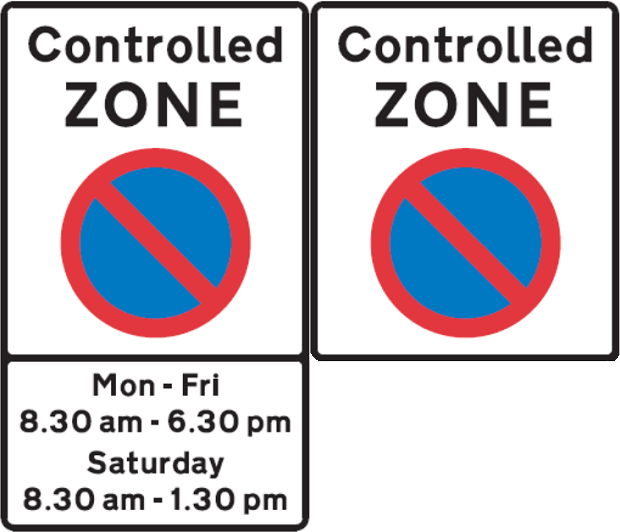 One major problem with the Scarborough CPZ implementation is that the a large number of entrances to the CPZs do not contain a 663 sign. The signs appear to be correctly placed in Whitby, but curiously they are larger than the DfT specified 663 sign size.

This is a TSRGD 2002 662 Sign. This is a repeater sign used in a Disc Zone. These signs are commonplace within the CPZs implemented in Scarborough and Whitby. 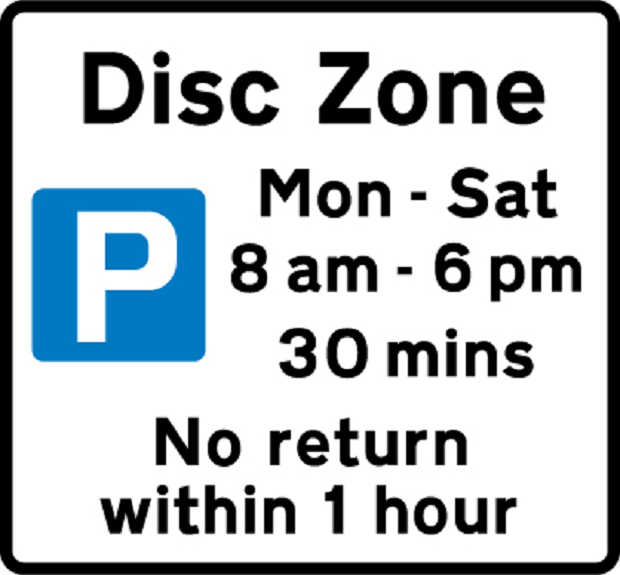 This is a TSRGD 2002 660.6 Sign. This is a mixed use sign for areas where a local authority wants both residential permit and disc parking. These are the signs that should probably have been implemented throughout the majority of Scarborough and Whitby CPZs. 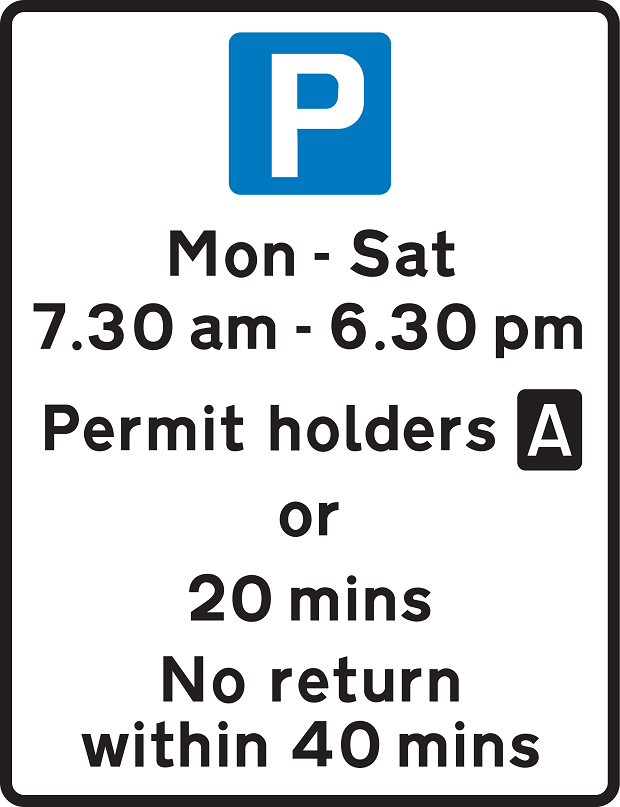 The signs currently in situ in the CPZs in Scarborough and Whitby clearly do not provide adequate information as to the parking restrictions within the CPZ as the majority of them do not mention Residential Permits. Clearly, the local authority still has some smartening up to do.

If you’ve recently received a PCN for ‘Parked in a disc parking place without clearly displaying a valid disc‘ on a street in Scarborough or Whitby that has a TSRGD 662 Sign then appeal it using this information.

If you’ve paid for parking permits for a CPZ that doesn’t have the correct signage in Scarborough or Whitby then request a refund.

Send your emails to parking@scarborough.gov.uk.

It has come to my attention that the Controlled Parking Zone implemented in Scarborough/Whitby was not implemented correctly and the signs within the CPZ don’t convey the traffic regulation order in force.

With regard to Whitby’s CPZ, the Secretary of State for Transport’s view is that motorists cannot reasonably be expected to read, understand and remember the parking restrictions at the entrance to a Controlled Parking Zone that covers an area of more than a dozen streets.

Amusingly, Robert Goodwill, the local MP, is currently an under-secretary of State for Transport! Maybe he can lend a hand and sort this mess out, if he’s not too busy filling in expense claims.