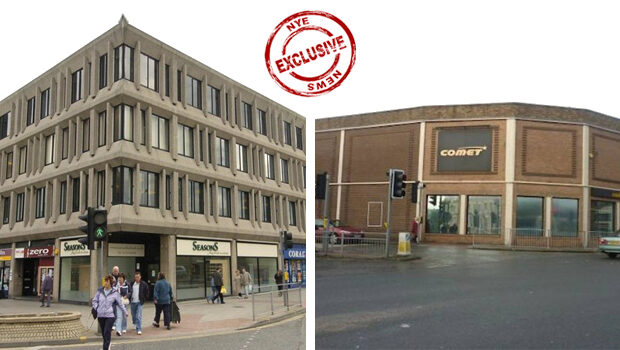 On Tuesday 19th October 2021, SBC Cabinet met to resolve, inter alia, Item 12 on the Agenda – the decision to purchase Pavilion House and Comet Corner as a part of the so-called Station Gateway project. The Agenda stated “see attached report” – needless to say, the report is not available to members of the public. How many Councillors have seen it? Seven?

Within the article, we find some interesting quotations:

“This site is too important to do nothing. I think it’s pretty clear that if it’s left to market forces we’re going to end up with some cheap flats in Pavilion House and the same in the Comet and nothing will really happen.

“This is one of those rare occasions where I would say, as a council, we need to interfere in those market forces and go ahead and approve the acquisition of these two, just so we can have control over what will happen and push ahead with the improvements we’ve been planning for the town.”

Councillor Paul RILEY [Ind.], Vice Chair of the ‘Places & Futures’ Overview & Scrutiny Committee (whose insulting “bed-wetter” remark to Councillor Heather PHILLIPS [Con.] triggered the latest – the third – Vote of No Confidence in the present Leader) is quoted as stating that there were significant financial risks involved in the purchase.

“It’s not nailed on that we will get all the levelling up grant funding that we need to complete the redevelopment to meet our objectives. We are aware that in a worst-case scenario we could get nothing and resort to further borrowing. If Pavilion House is refurbished privately for low-quality residential units it would very much remain a brutalist blot on the landscape.”

[My emphasis, in bold type]

Leader SIDDONS has been quoted as stating:

“The station gateway project will kick start Scarborough’s blueprint and unlock wider investment in the town centre to stimulate economic growth and much needed environmental change.”

The reference to “environmental change” is presumably a cursory nod to the Council’s 5th September Resolution to trumpet a climate emergency – though these concerns apparently do not extend to the hypocrisy of firing off thousands of pounds worth of fireworks, with their plastic cylinders and other non-biodegradable residue, over the South Bay on New Year’s Eve. And this at a time when major cities around the world have cut back on New Year’s fireworks displays. The Council also committed to examining what measures it can take to protect wildlife and wildlife habitats in the Borough. Scaring the bejasus out wildlife is apparently one of those measures. Talk about dead from the neck up!).

A number of Councillors have expressed puzzlement over two elements of the Station Gateway strategy.

If SIDDONS’ new ‘flagship’ is such a wonderful idea, why has the “substantial premium price” paid for Pavilion House been withheld from the public?

Just how much was that “substantial premium price”?

Clearly, the Scarborough News was unable to elicit these pieces of information.

Could it be that Leader Councillor Steve “Openness & Transparency” SIDDONS [Lab.] anticipates a public backlash against another ill-considered venture into the world of entrepreneurial property speculation? Could it be that few Councillors or members of the public would consider it wise to enter into a deal from which, according to Councillor RILEY [Ind.], “we could get nothing and resort to further borrowing”. St.Nick’s/TraveLodge, ARGOS . . .

I can now confirm that SBC really did pay a “substantial premium”, through the vendor’s solicitors, DWF Law LLP.

It paid £2,602,199.90 for Pavilion House –  a million more than was paid by the last purchaser, who would appear to have invested nothing in the building in between – and this at a time when the post-pandemic ‘work from home’ ethos is impacting on demand for office-space in town centres all over the country.

Hopefully, I will be disclosing much more, including details of the Comet Corner nonsense (the Council paid ‘market value’ – £833,736.68 –  again via DWF Law LLP), in a future article. Meanwhile, ponder that purchase-price total for the two properties – £3,435,936.58 – and bear in mind that the Council was contracted to paya mere £1M for the former ARGOS building, but reckoned on a total of £22M (some reckon nearer £30M) to complete the project, including demolition, rebuild and furbishment.

It would be naïve to imagine that the £3.5M cost of the property acquisitions alone represents the sum total of the ‘re-modelling’ of Pavilion House and Comet Corner. A local architect points out that, because of the structural peculiarities of Pavilion House, demolition and re-build is the most likely way forward. The Council has already indicated that such is definitely the case with Comet Corner. It is therefore unsurprising that sources within the Town Hall have expressed concern that completion of the so-called Station Gateway project could easily amount to a further Public Works Loans Board (PWLB) 40-year borrowing in the order of ten times the cost of acquiring the freehold on the properties – i.e. £36M-£40M – by a Council 16 months away from ceasing to exist. The incoming Unitary Authority will be as delighted as the ratepayers.

So we begin a New Year with another highly secretive machination – remember how the whole ARGOS nonsense only entered the public domain when Enquirer editor Tim THORNE published the ‘Top Secret – Highly Confidential’ ARGOS documents? We now have another open-ended, costs-unknown example of  Labour’s ‘Spend, Spend, Spend’ foray into the fantasy world of playing Monopoly with the public purse. Naming the ‘architect’ of these property acquisitions may offer few surprises to astute observers, but since I am yet to obtain documentary evidence, I must save that for another day. Suffice it to say that these are not the sole fruits of a well-hatched plan.

Meanwhile, a Happy New Year to all our readers.