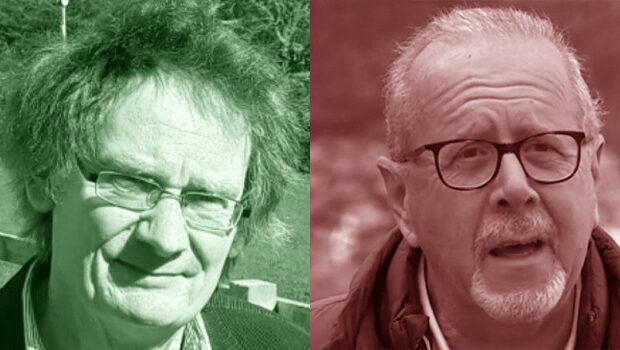 Having attended the ARGOS Planning meeting, I am now able to report first-hand.

I will not bore readers (or myself) by rehearsing the many arguments AGAINST the Officers’ Recommendation to grant consent to the Application – or even the few FOR.

The video is on the Council’s YouTube Channel and readers may pick over it at will.

The bare result of the vote to endorse the Officers’ Recommendation to grant Planning consent was as follows:

Many readers will be delighted with this result, but there is more to it than the bare numbers might suggest.

There are other ramifications which bear some consideration.

Personally, I was expecting a tied result, with Councillor Subash SHARMA using his Chairman’s ‘casting’ vote to carry the Recommendation.

Granted that the members were always likely to divide along party lines (as is so often the case), what stands out for me is that two members of the Independent Group voted contrary to expectations – not only contrary to public expectations but also (and here lies the significance) contrary to the will of the Leader, whose ‘flagship’ enterprise this entire ARGOS fiasco was.

(I should perhaps not be too hasty to say “was”, as there is every reason to suspect that yet another (a third) Application will soon come to our attention).

The fact that Councillors Phil KERSHAW [Ind.] and John CASEY [Ind.] voted AGAINST the Officers’ Recommendation (to their great credit) signals a significant split in the Independent Group and a departure from the oft-stated support for the ARGOS ‘regeneration’ project of Independent Group Leader, Councillor Janet JEFFERSON [Ind.] (Castle Ward), who is clearly no longer able to command all six (since the resignation of Councillor Andy BACKHOUSE, now ‘Unaffiliated’) of her ‘troops’ in support of the SIDDONS-led Labour administration.

Remembering that there are only 12 Labour Councillors, in ‘alliance’ with (now) only 4 Independents (making a total of 16 votes at Councillor SIDDONS ‘command’ – his own included – it is clearly a moment over-ripe with the potential for another Vote of No Confidence in the Leader.

Even with the support of the 4 Unaffiliated members (Councillors BACKHOUSE, LYNSKEY, MALLORY and MORTIMER), Councillor SIDDONS could count on only 20.

In a 46-member Council, 20 votes buttereth no parsnips.

In my view, Councillor SIDDONS can make a start on clearing his desk.

One other matter merits a mention.

Shortly before the vote, Councillor Paul RILEY [Ind.] rounded off an interminable waffle (which included describing the public as “silly” and as “talking rubbish”) with some rather offensive personal remarks directed at Councillor Heather PHILLIPS [Con.] and there was a brief walk-out by the Opposition members. On their return, Councillor RILEY was soon at it again, admonishing Councillor PHILLIPS to “be less of a bed-wetter”, and thereby confirming that there was at least one person in the building “talking rubbish”.

It is said that “Politics makes for strange bedfellows”. This would appear to be particularly true in the south of the Borough. Councillor PHILLIPS has been subjected to a number of attacks from that quarter, one of which resulted in the conviction of Councillor Michelle DONOHUE-MONCRIEFF [Ind.] in Scarborough Magistrates Court – her second conviction of an aggressive nature – though the Standards Committee has yet to address her conduct.

It seems that Councillor DONOHUE-MONCRIEFF’s animosity towards Councillor PHILLIPS has infected Councillor RILEY, her fellow Hunmanby Ward Councilor, either by osmosis or some other intimate form of transmission. I cannot discern any other reason why Councillor RILEY should have uttered the those words (“be less of a bed-wetter”), in Committee and in the public domain, other than to be as offensive as possible – albeit, followed by a reluctant and (to my ear) transparently insincere apology and an appeal to the acceptability of “robust” language.

When Councillor RILEY kicked off, a voice from the public gallery incensed, no doubt, by RILEY’s behaviour, was heard to cry “You insolent p*i*k!”.

I can confirm this, and so can my companions, because that member of the public was me, employing the language of my cultural heritage. No better than him, you may think – but I am not bound by the Councillors’ Code of Conduct and the NOLAN Principles – and I sincerely hope that, quite soon, neither is Councillor RILEY. We have had enough of the language of the peat bog in this Council..

Unsurprisingly, I returned to my home in Whitby to find myself privy to the following email from Deputy Mayor Councillor Roxanne MURPHY [Y.C.I.A.], who has spoken out before on this subject:

Well, I didn’t think we would ever see a member put their foot in it quite so much and be so disrespectful to the people we serve again after Cllr Bastiman’s comments after the last election, but alas, here we are with Cllr Riley.

Calling the public we represent, and have wholly said they do not want this development as, and I quote “the people are talking rubbish” is this the same people who elected you?

To then go on and call a member a “bed wetter” this is quite frankly disgusting and although retracted, I’m sure members find this wholly abhorrent.

All of the above must stop. I’m pig sick of it. How’s about, we start using the last few months we have to make a positive impact on our borough residents. Listening to what they want, for once and not what officers want

Welcome
Any comments or standards complaints as is the norm now.

That such insults should be uttered in the Chamber by one of the Leader’s ‘B’-Team fits precisely into the established pattern of Councillor SIDDONS, throwing Safeguarding to the wind if it risks undermining his precarious grip on ‘power’. Like Councillor Roxanne MURPHY, I am pig-sick of it. It shames the Council – and, with it, the Borough.

Together with the Leader’s disregard for his promises of “Openness & Transparency”, of involving all members in decision making and listening to the will of the people, this latest disgraceful display of petty malice will give grounds enough, to all reasonable and fair-minded members, to call upon Councillor RILEY for his resignation.

I conclude by reporting that the talk last night was all about a third and urgent call for a VOTE of NO CONFIDENCE in the Leader, whose ‘flagship’ has sunk, for the moment at least, and is unlikely to be refloated by a new Leader.

The king is dead; long live the king!