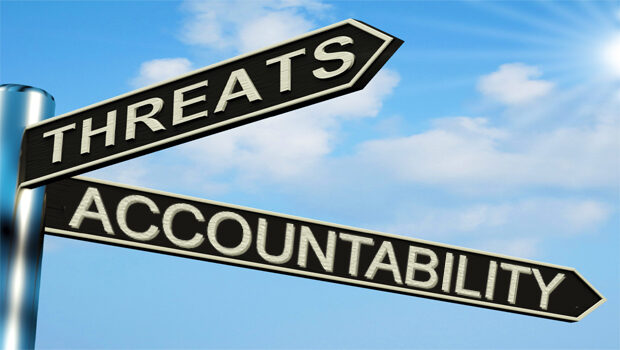 A Letter to the Editor from a septuagenarian elector of the Borough who has shared with the Enquirer a letter of complaint to SBC CEO Mike Greene that confirms a pattern of behaviour as reported in the Enquirer for some time now. One can only hope that action is taken by the authorities before someone comes to serious harm.

The Complainant’s name has been redacted for reasons of security, as has the name and identifying details of the Accused.

I hope you received the copy of my complaint to SBC re my ward Councillor’s actions of late.

I am sad that I now find it necessary to complain about [REDACTED]’s actions that have become too erratic to ignore any longer.

[Formally acknowledged by the Standards Team on Monday 25th January 2021]

I am writing to you to make a complaint about my Ward Councillor, [REDACTED].

The background to my complaint is that Mr. Tim Thorne published an article on the North Yorkshire Enquirer on the 18th January 2021. In the article , Mr Thorne stated that [REDACTED] had made a U-turn in [REDACTED]’s position on the Council’s Argos redevelopment project.  He said that [REDACTED] was against the project when it came up in July 2019, but subsequently voted for it as a [REDACTED] (with double allowances) in June 2020.

Mr Thorne apparently held the opinion that the project itself had not changed. On that basis, he queried whether [REDACTED]’s position had been affected by the circumstances of his/her promotion and his/her double allowances.  I believe that is a fair question. http://nyenquirer.uk/broken-promises-4/

When I saw Mr Thorne’s article promoted on Facebook, I commented to the effect that all Councillors have an eye to promotion and increased allowances and commented also with a laughing emoticon.  This is my right to comment and was not aimed at any individual.

Using a fake profile on social media, ‘someone’ responded via a private message to myself by threatening to “give my arse a good kicking” the next time he/she saw me out and about. I have since reported this to the Police together with the identity of who I firmly suspect this person to be. This resulted in no action or advice being given, therefore no protection being offered. Indeed, I was told by the caller that the Police have no authority over social media – so this also begs the question why have NYP employed digital PCSOs to deal with social media?

It also begs the question as to why, when previous threats have been made (some in public), an individual is allowed to hold a position on the [REDACTED] while at the same time pleading mental “ill” health issues that result in violent outbursts and threats that are seemingly ongoing?

On the 22nd January, I received the attached letter from [REDACTED] through the post.

In it he/she begins by stating that Mr Thorne’s article dated the 18th January 2021 was defamatory. That very day he/she admitted on his/her Facebook page that it was factually accurate and that he/she] stands by his/her June 2020 position. [REDACTED] is still on the [REDACTED].

To falsely accuse someone of defamation is itself defamatory. It is certainly extremely disrespectful. It is also a lie.

I am sure all this must be a breach of the Code of Conduct and I am requesting you to address my complaint on these grounds.

I am also complaining about the threat against me. I have retained a copy of the threat.

Please confirm your receipt of this email and your confirmation that my complaint will be processed through the Standards Procedure.