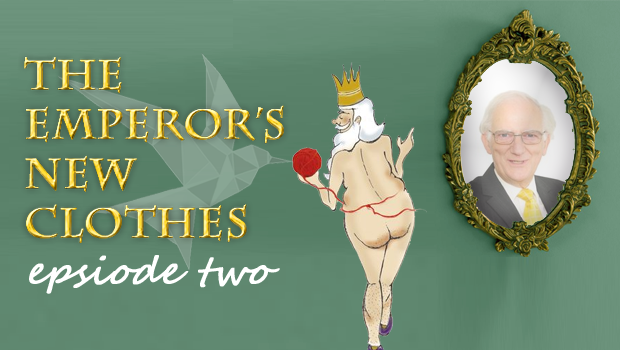 As announced in a previous Letter to the Editor from Hero Sumner, the present publication is Episode Two of her ‘Trilogy’ – “The Emperor’s New Clothes”.

Episode Three will follow in a few days, to be followed in due course (for reasons which will presently become clear) by Episode One. At which point, the Directors of Yorkshire Coast BID Ltd may likely find themselves considering their positions.
~~~~~

A vain emperor has tasked a team of rogue weavers and tailors to provide him with an magnificent outfit that will be the envy of all those around.

They promise to deliver a garment that will not only fit the brief but will enhance his standing even further in that it will be totally invisible to stupid people…namely  those creatures unworthy to be part of the emperor’s ‘snuggle club’, yet at the same more than worthy to foot the bill for his insanity.

It’s difficult to imagine just how stupid the emperor himself was in this cautionary tale.

What did he think would happen when he stepped out wearing nothing but his short and curly wig in front of a baying crowd?

In an effort to cover his already exposed backside, the emperor sought the services of a fair minded and wise advisor to investigate the process …. 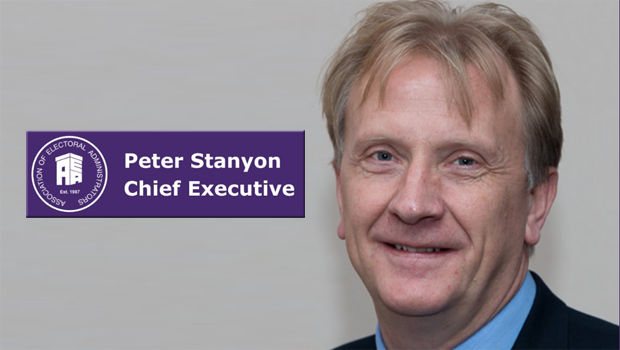 “The DBID area is large ….. lack of clarity over the distribution across the area as a major concern.”

“No clearly defined map of the DBID area.”

“The correspondence (ballot papers) was not clearly identifiable as being of importance, ‘looking like junkmail’.”

“There was no process in place to attempt a re-delivery of the ‘undeliverable’ documents”.

“I have concerns however that the advice, guidance and support provided by Mosaic was not as thorough as that the team required”

“I do have significant concerns as to parts of the process”

“There are several steps that could have been done better”

“Reliance of advice from Mosaic was fundamental”

“I have significant concerns in respect of the list of voters”

“I have two concerns with the list of voters.”

“First, that the list did not consistently include the names of the bill payers where they appeared in the original data. When the data was cleansed, they were replaced with the words ‘owner/occupier’”

“Second, I have significant concerns as to the inconsistent way in which the list was filtered”

“The list classified hereditaments differently, with car parks and wireless stations having their Notices of Ballot and ballot papers sent to correspondence addresses whereas all others were sent to hereditament addresses. This had a disproportionate effect on those hereditaments belonging to the local authorities”

“Many of the owners will not have been at the hereditament address when the ballot was being undertaken, the tourist season having ended”

“This classification, although not in direct contravention with the regulations, is in my opinion incompatible with the ballot being administered in a consistent and fair manner”

“I am not convinced that the revised business plan was communicated to all 1,354 businesses”

“The inconsistent approach followed was inappropriate”

‘He who pays the piper always calls the tune’ was a phrase often repeated to me during this process of investigation.

The Report was paid for by the rate-payers of Scarborough and was only ever intended to prove – ‘once and for all’ – that the squeaky-clean Officers had not breached any legal duties in holding the YCBID ballot.

Peter Stanyon’s summary and conclusion was shoe-horned in such a way that it reeks of copy-and-paste, as did the Terms of Reference he was provided with, by SBC.

The Report may have passed the ‘sniff’ test of a team of SBC Officers and a handful of cake-licking BID supporters …. but will  it be enough to convince a Judge that SBC and East Riding Councils HAVE been open and honest with their rate-payers? 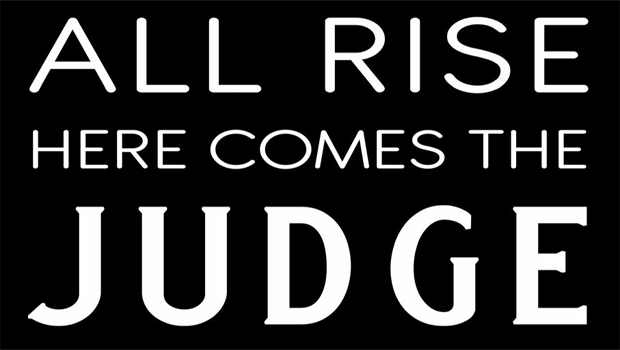 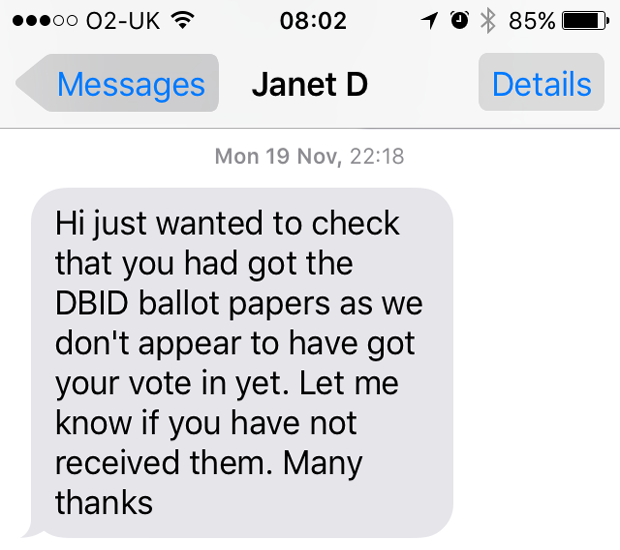 Could  all of the above, along with undelivered Notices of Ballot (40 plus) and actual ballot papers (over 60), have been considered a ‘material irregularity’ had SBC and Mosaic NOT conspired to block an appeal by businesses? Simply by stating THEMSELVES  – with no proof necessary – that ‘insufficient’ signatures had been achieved ….

[Ed: Confused? You won’t be after Episode Three of ‘Trilogy’ – coming soon to a screen near you]