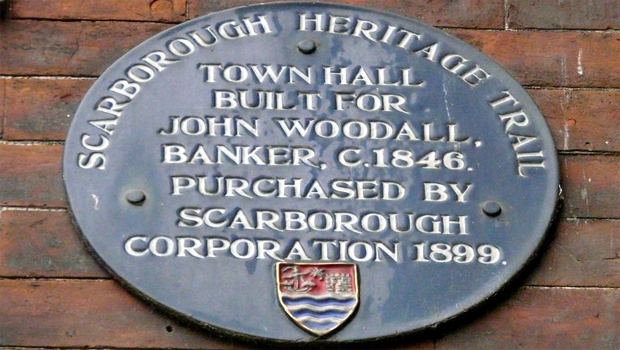 Readers may remember my article “SBC: Bending The Rules Again“, published on 8th September 2015, the day following the Scarborough Borough Council (SBC) meeting of 7th September, reporting on the departure from the requirements of the Local Government Act 1972 (LGA72) employed by the SBC ‘powers that be’ to confer the Civic Honour of Freeman of the Borough on two citizens (in recognition of the outstanding contributions to the community), and the Civic Honour of Alderman on five former Councillors, not all of whom could be said to merit such an accolade.

It was no surprise to me that when one Councillor drew SBC’s Director of Legal & Democratic Services and Monitoring Officer Mrs Lisa DIXON‘s attention to my article that she dismissed it as nonsense.

Of course, it was not nonsense at all – far from it – and the consequences have been that SBC has been forced to convene a Special Meeting tomorrow, 23rd October 2015, to proceed in accordance with the terms of s.249 of the LGA72, as I rightly pointed out. 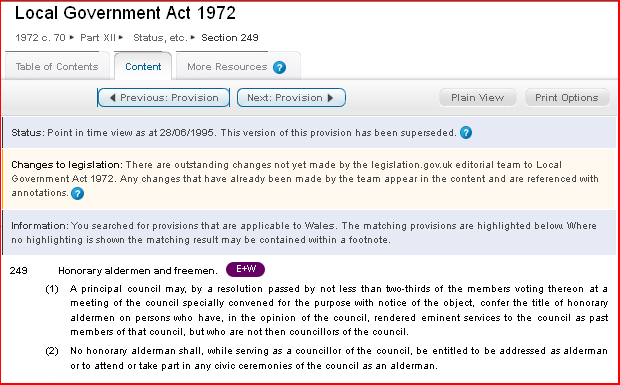 Not only that, but SBC has been forced to take the vote on each of the Nominees individually (as Councillor Dilys CLUER [Green] indicated), rather than sneaking them through en bloc to evade the inevitable contention that would otherwise have arisen in respect of former Councillors who were rejected by the electorate at the 7th May 2015 Local Elections – or stood down to evade the humiliation attendant upon defeat at the polls.

Between times, it has emerged that Councillor Steve SIDDONS [Lab.], Leader of the Labour Group – the Opposition – appears to have agreed to the 7th September 2015 subterfuge in a private informal meeting with incumbent Leader Councillor Derek BASTIMAN shortly after the Elections, and that all the Group Leaders were confidentially informed of the plan by Lisa DIXON, back on 10th July 2015.

Needless to report, that information was soon in the public domain and a furious Lisa DIXON promptly emailed the Group Leaders, complaining that “someone” amongst them had breached her ‘confidentiality’. What she did not explain was why the names of Nominees for the public accolade of Honorary Alderman were in any way confidential – a tacit admission that the Council knew very well that one or more of the Nominees would be viewed with some circumspection – bordering on distaste.

On the eve of the Special Meeting, some Labour members are quite openly suggesting that Councillor Steve SIDDONS [Lab.] had gone along with Councillor Derek BASTIMAN [Con.] and his pre-prepared list of Nominees in the hope of parlaying for himself a Chairship of one of the leading Committees. 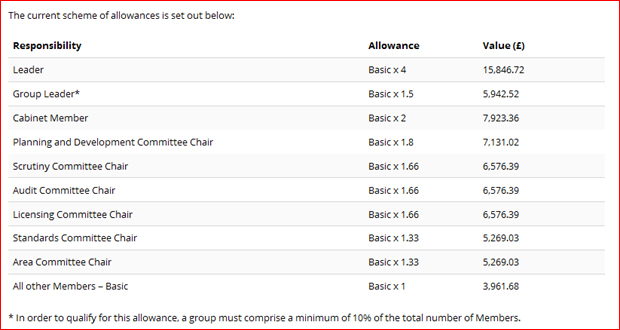 They say every man has his price.

In the present case, we would be looking at between £633.87 and £1,188.50 per annum to ‘buy off’ the Opposition. If such were the case, it would be disappointing indeed to see the Leader of SBC’s Labour Opposition evince such venality as to ‘flog off’ his innate socialist disgust for Tory pomp and pretension for a few hundred quid a year. Perhaps there is,  in the offing, the prospect of an Honorary Cheapskate award?

Another curiosity of this Tory bungled sleight-of-hand is the absence from the list of Nominees of SBC Councillor Penny MARSDEN [Con.], one of those who decided not to contest the 7th May 2015 Election.

But Penny MARSDEN is still a Conservative North Yorkshire County Councillor, so we can only speculate on the reasons she decided to turn her back on Scarborough Borough Council. One would have expected her to be a prime and relatively untarnished prospect for Alderman status.

SBC Leader Councillor Derek BASTIMAN [Con.] and his predecessor Councillor Tom FOX [Con.] (whose election to the tainted office of Mayor of Scarborough was also achieved by a circumvention of the regulations) have been at pains to insist that the Civic Honour of Alderman arises simply as a consequence of being no longer a member of the Council, having served a minimum of 16 years – though the 16-year service tenure criterion is not required under the LGA72 and is a fanciful stipulation adopted by SBC out of thin air. (Few will have forgotten that prolific paedophile Peter JACONELLI [Con.] was also a Mayor of Scarborough – and an Alderman).

What the LGA72 does require is that the title of Honorary Alderman should be conferred only on former Councillors who have “rendered eminent service to the Council”.

However, nothing in the Agenda for tomorrow’s meeting informs incumbent Councillors as to what “eminent service to the Council” any of the Nominees has actually performed.

Councillors who joined the Council following the 7th May 2015 Elections will presumably be left to draw such conclusions as they can regarding any merit that the present Nominees may have earned (as they “rendered eminent service to the Council”) from other sources – perhaps the Private Eye or the North Yorks Enquirer.

Failing that, I am assured that Councillor David JEFFELS [Con.] (who is also Chair of North Yorkshire County Council) has been holding forth on the unsuitability of one of the Nominees – and is facing a Formal Complaint as a consequence of his indiscretions.