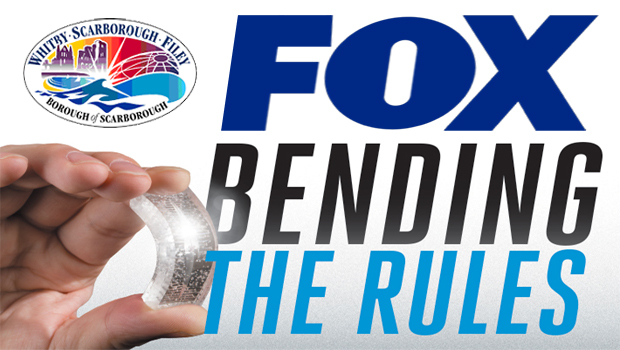 Readers in the North Yorkshire area may well remember an article of mine entitled “SBC: FOX – ‘Mayor Elect’ Vote Unconstitutional” (pub. 17th January 2015), in which I explained how the process (as set down in Article 5 of the Scarborough Borough Council Constitution) for the Nomination of the Mayor for the Council year 2015/16 had been breached by holding the vote on 12th January, rather than in March (as required under the Constitution): On 16th January 2015, I emailed SBC’s Director of Legal & Democratic Services and Monitoring Officer Lisa DIXON, pointing out this blatant disregard of the Council’s Constitution. Unsurprisingly, I have received no response from Lisa DIXON.

It is easy to believe (though harder to justify) that no non-Tory Councillor appears to have experienced any sense of moral imperative to challenge the Conservative majority when it strays from the lawful path. It is almost as though local politicians are frightened to invoke the rule-book, for fear of having in some way fallen foul of it themselves – afraid to point the finger lest a finger be pointed at them. Perhaps this is the sense in which they are “all in it together”?

Yet Councillors continue to complain to me that there is no point in challenging Tory excesses when even a concerted attempt by all of the opposition Groups must inevitably meet with defeat because of the Tory overall majority in the Council Chamber (26-24).

However, there is one circumstance in which a simple overall majority is insufficient to carry the day; the granting of Freeman or Alderman status requires a two-thirds majority – in this case, a minimum of 34 out of 50.

On Monday 7th September 2015, a meeting of Full Council took place, and once again the Conservatives worked something of a stroke.

On the Agenda was the following Item:

Item 3.3 states the Council’s position in regard to criteria for Alderman status.

3.3 Scarborough Borough Council has previously agreed that the qualifying criteria for Honorary Aldermen are:-

(a) a mimimum of 16 years service with the Borough Council or a predecessor authority; and

(b) whilst a member of Scarborough Borough Council, service either as the Mayor, a Group Leader or  the Chairman of a main committee.

Item 7 outlines Jim DILLON’s ACTION PLAN, which requires that there will be a special Council meeting on Friday 23 October 2015, at which the Nominees may accept their Honours. To confer the title of honorary alderman, the Act requires that:

The meeting of Full Council held on Monday 7th September 2015 was NOT specially convened for the purpose.

Therefore, the resolution passed by two-thirds of the Council on Monday 7th September is NOT lawful.

It will be remembered that Jim DILLON’s ACTION PLAN called for:

To comply with the Local Government Act 1972, this is the meeting at which a majority of not less than two-thirds (i.e. 34 out of the 5o Councillors) vote in favour (or against) of conferring Freeman and/or Alderman status.

Let us now examine how the process of recognising Aldermen was carried out at Scarborough Borough Council under the legal direction of Lisa DIXON’s eminently competent predecessor, former Head of Legal (and Monitoring Officer) Ian ANDERSON: This was totally correct – “a meeting specially convened for the purpose” on Tuesday 2nd October 2007, to transact one single item of business and one item of business only – the conferring of Alderman status on each of the three above-named former Councillors.

But this is NOT what took place on Monday 7th September 2015 – a meeting convened to address multiple items of business.

Let us examine the SBC web-cast of the 7th September meeting:

So once again, in ten minutes of waffle by Councillors BASTIMAN, Councillor CHATT and the Mayor himself, Councillor Tom FOX has successfully usurped the Council’s Constitution and the terms of the Local Government Act 1972 to achieve his ends – and the ‘Opposition’, led by Councillor Steve SIDDONS [Lab.], has fallen for it hook, line and sinker. Indeed, only Councillor Dilys CLUER [Green] has opposed any element of Tom FOX’s strategy to elect two Freemen and five Aldermen en bloc,  irrespective of merit – or lack thereof, thus avoiding any foray into the respective records of any of the individuals concerned.

You want to know how career criminals like Jimmy SAVILE and Peter JACONELLI can become pillars of society, replete with Civic Honours?

It is just a simple matter of breaking the law.