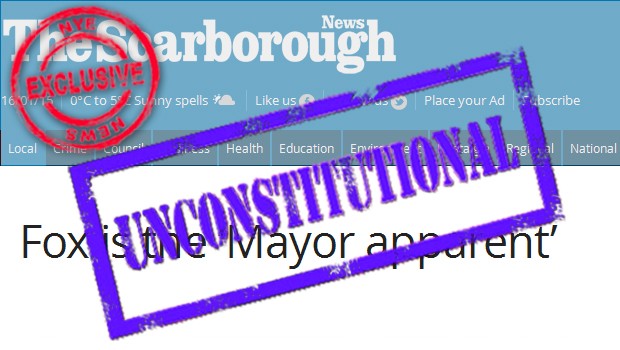 The Council’s decision to confirm Councillor Tom FOX as Mayor Elect for 2015/16, as has been noted elsewhere on the Enquirer, has not met with popular acclaim – not if public comments on two of the recent Scarborough News Facebook Page postings are any indication.

Local readers have been detecting something of a sea-change in the way in which the Scarborough News has been covering recent developments (see: “Fox is the ‘Mayor apparent'”  and “Fresh Jaconelli claims as council told not to let his associates escape”) in the aftershock of the North Yorkshire Police admission that Peter JACONELLI was a co-offender with Jimmy SAVILE in the paedophile-ring that operated freely (and may very well continue to operate) in Scarborough since the late 1950s – i.e. comprehensively encompassing the policing career of Councillor Tom FOX.

This can be seen as an editorial acknowledgement of the fact that public opinion has turned even further against the Leader and his close Conservative Cabinet allies since the NYP admission.

It is now almost unanimous public opinion throughout the Borough that neither the Police nor the Council could conceivably have been unaware of the SAVILE/JACONELLI offences.

For the Scarborough News to go against that sentiment would effectively alienate its entire readership, so it is to be expected that next week’s edition will not be favourable to Councillor Tom FOX, whose inluence is now irredeemably on the wane. 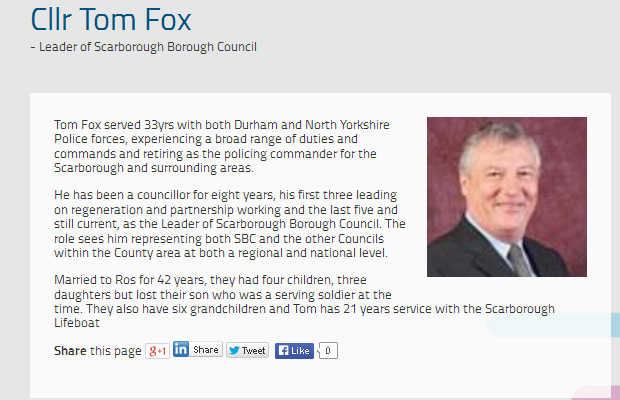 Only 747 electors voted for Tom FOX in the 2011 elections. How many of them now believe that he merits re-election? His municipal program has been marked by one dismal failure after another and his CV, straddling the Police and the Council, would now appear to be an insurmountable impediment to any prospect of further involvement in public life.

It will be interesting to see how the Scarborough News reports on the following extraordinary turn of events.

Scarborough Borough Council displays on its web-site the regulatory instrument that governs its every action – its Constitution (the most recent version of which appears here).

Article 5 – The Mayoralty is the Item that concerns us here. 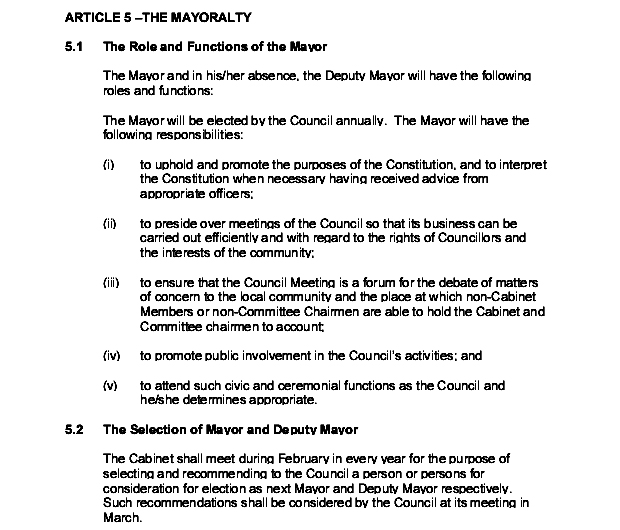 Readers will realise that, on Monday 12th January 2015, the Council resolved to appoint Leader Councillor Tom FOX to the position of Mayor Elect – which is to say that the Council has chosen Tom FOX to represent the Borough of Scarborough as its Mayor for 2015/16, whose remit includes the duty to “uphold and promote the purposes of the Constitution, and to interpret the Constitution when necessary having received advice from the appropriate officers”.

But the SBC Constitution is unequivocal in its assertion outlined in Article 5.2; the Mayor Elect is to be appointed in March, not in January – as has just taken place, to suit the private agenda of certain Councillors.

Self-evidently, the vote to appoint Councillor Tom FOX to the position of Mayor Elect was unconstitutional and, therefore, legally invalid.

The incumbent (present) Mayor is Councillor Pat MARSBURG [NPA], who represents the Falsgrave ward. It is difficult to see how insisting, as she did in Full Council earlier this week, that the “authority would “absolutely not” delay the decision” can have any authorisation under the Constitution. Quite to the contrary, it was emphatically not an act calculated to “uphold and promote the purposes of the Constitution” – no. It was, in fact, a flagrant breach of the Constitution.

Once again we are witnessing grave abuse of position and of process at the very heart of the Council, in order to bring about a given desired outcome – lawful or otherwise – favourable only to an unaccountable few, and in utter disregard of the democratic checks and balances that are embodied in the Council’s Constitution which are, after all, its raison d’être.

It is the inflexible duty of the Monitoring Officer (Lisa DIXON) to advise on any potential departure from the Constitution. She has once again dropped the ball. Or thrown it down.

And all this in a forlorn attempt to rehabilitate the Leader, on whose watch it was (as a Senior Police Officer who served in, and ultimately assumed command of, Scarborough Police during a substantial part of the time when the SAVILE/JACONELLI paedophile-ring was widely known to be operating with impunity.

To say ‘operating’ is actually euphemistic; what we are talking about is the systematic sexual abuse and rape of minors.

When the Scarborough News entered the arena on the JACONELLI scandal with its “Ex-mayor was a sex pest, says councillor” article almost two years ago, on 22nd February 2013, whistle-blower Councillor Geoff EVANS received a fierce bawling out from the Leader for not keeping his mouth shut.

It is now clear that Councillor Geoff EVANS is an extraordinarily courageous man who has been absolutely 100% vindicated. 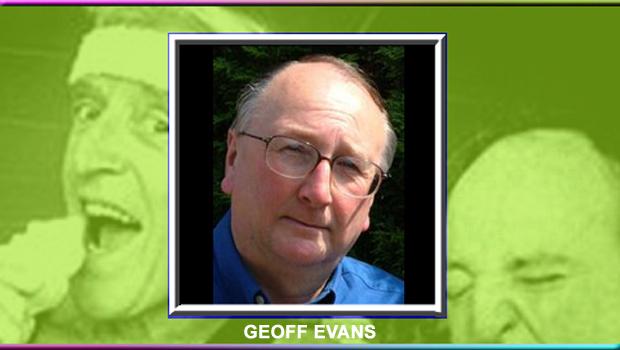 Councillor Tom FOX has not endeared himself to the Scarborough News (or to the North Yorks Enquirer) by resisting Councillor Mike WARD’s urgings to acknowledge the vital contribution made by the media – BBC Inside Out, Private Eye, (both of whom relied heavily on the meticulous research of Tim HICKS of the North Yorks Enquirer and Real Whitby) and, to a far lesser degree, the Scarborough News – to the North Yorkshire Police admission on 18th December 2014 that “the police missed opportunities to look into allegations” against SAVILE and JACONELLI. This, again, is pure euphemism; “missed opportunities” were really “buried opportunities”, as I have reported elsewhere.

I would predict that if the Scarborough News were to publish an article that in any way endorsed Tom FOX’s appointment as Mayor Elect despite the incontrovertible evidence of Constitutional malpractice presented here, there would be a howl of discontent from the people of the Borough – even amongst those charitable enough to judge Tom FOX nothing worse than a deaf, dumb and blind cop.

Those who claim to have first-hand grounds for seeing him as a corporate thug who colluded in Police brutality and a witting participant in a massive paedophilia cover-up would be righteously incandescent with rage.

Be that as it may, I have emailed SBC Director of Legal & Democratic Affairs Mrs Lisa DIXON, lodging Formal Complaints in respect of the above breaches of the Constitution, copying in Chief Executive Officer Jim DILLON and Leader Councillor Tom FOX. All three have provided read-receipts, though none has offered me the courtesy of a formal acknowledgement – much less a substantive response.

Strange people. They break their own rules, then squeal like stick pigs about being criticised for doing so – almost as though they believe themselves to stand above the law. Perhaps they do. But they will not stand above the common people for much longer. The lid is off and the court of public opinion is in session.